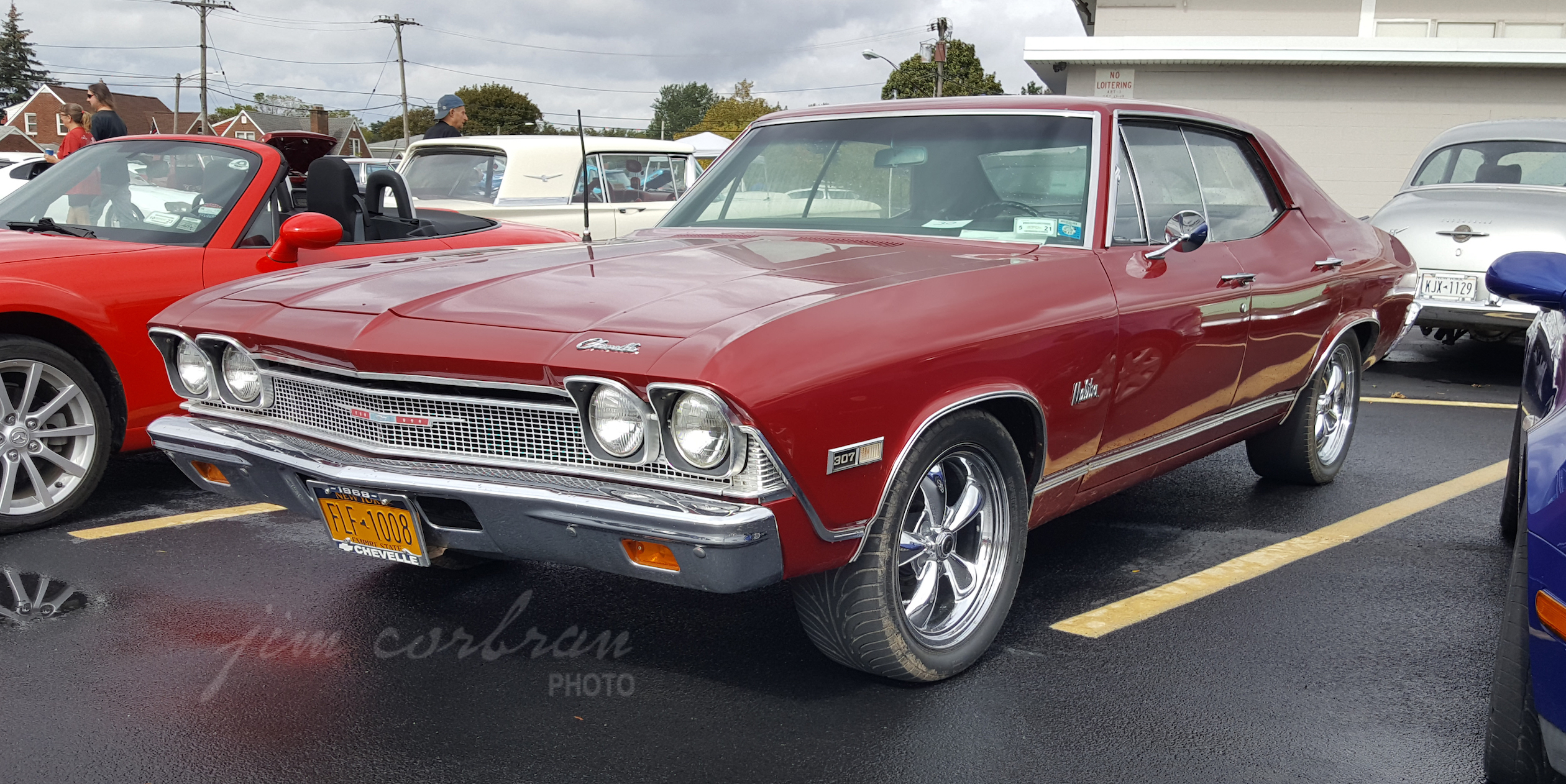 No, you don’t see a lot of mid-sized GM four-doors from the 1960s at car shows/cruise nights, but here’s one now: a 1968 Chevelle Malibu Sport Sedan spotted last fall at the Motorhead Mania Super Cruz in Lackawanna. In the brochure photo of a much tamer-looking sport sedan (below),a tiny caption read “Note the well designed look of this Malibu Sport Sedan.” And I’ll agree, the proportions seem just right on these cars. The four-doors had a wheelbase four inches longer than the two-door models, and it made for a very handsome package IMO. 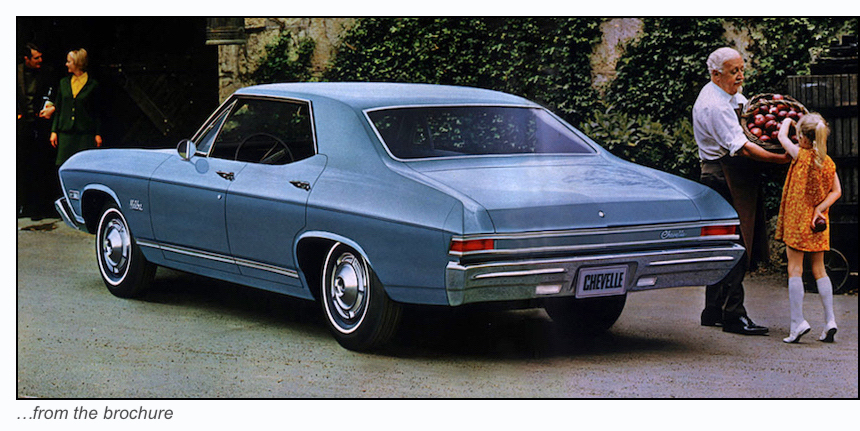