It’s not often you see a 1970 Chevy Camaro looking like this one these days. Still wearing its factory wheel covers and a set of whitewall tires, we came across it sitting in an Olean used car lot eleven years ago. This was the inaugural year for the second-gen Mustang fighter — which the brochure cover called “A most unusual car from the place you’d expect: Chevrolet’s Sports Department.” If full-width chrome-plated bumpers weren’t your cup of tea, the Rally Sport model featured a blacked-out grille which Chevy told us “…looks so big and mouthy, that it makes Camaro’s wide-stance seem even wider.” It was surrounded by “a resilient, color-matched frame that acts as a bumper.” (see below) Two smaller chrome-plated blades (bumperettes?) protected the headlights & turn signals. 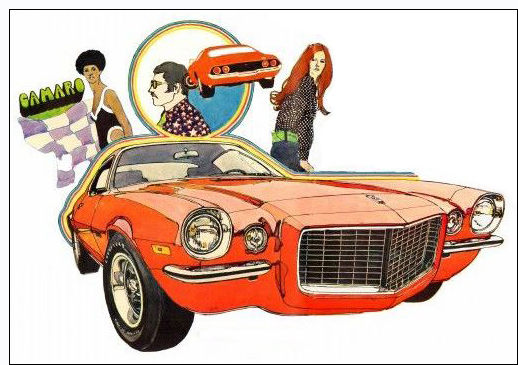