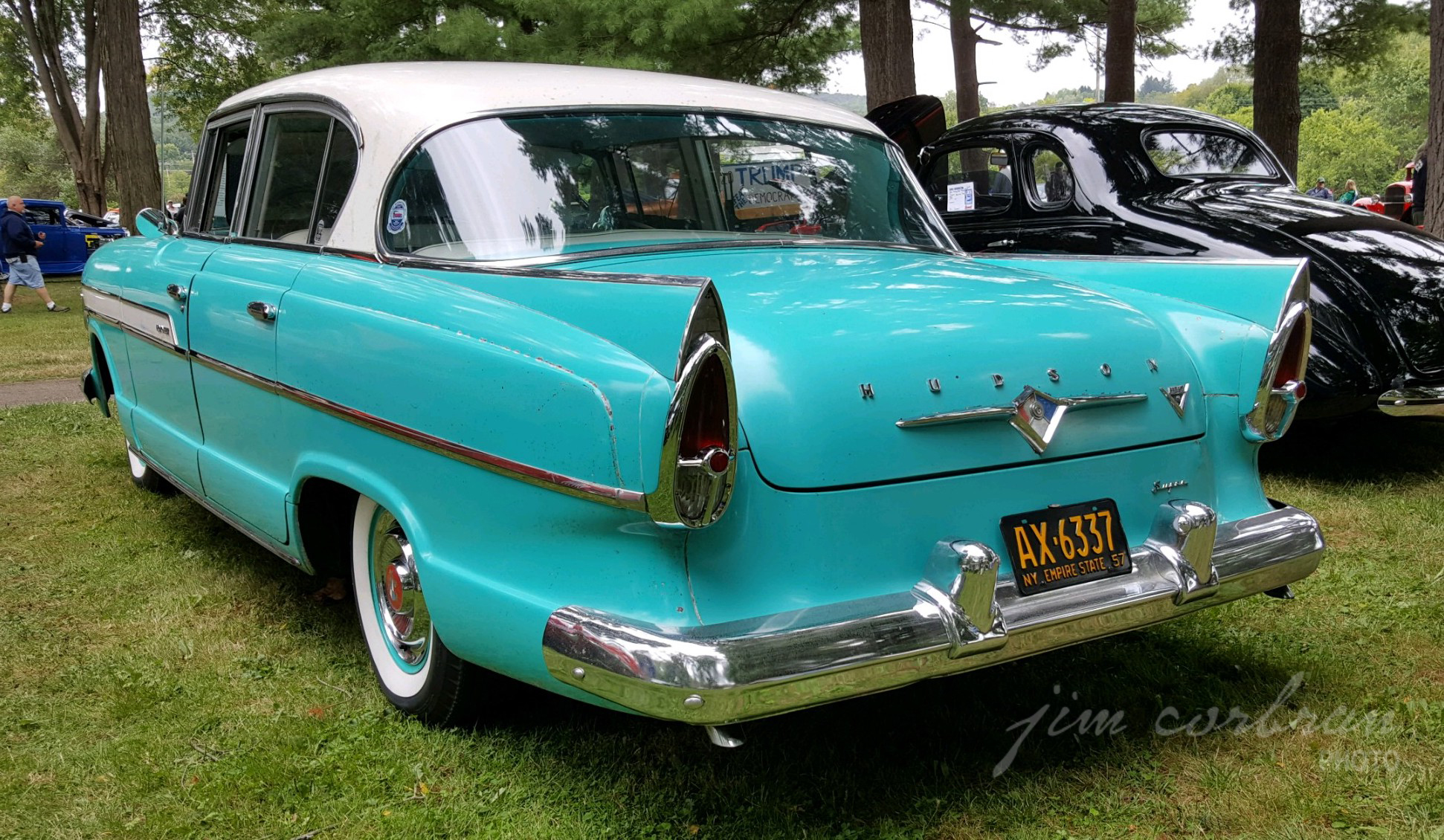 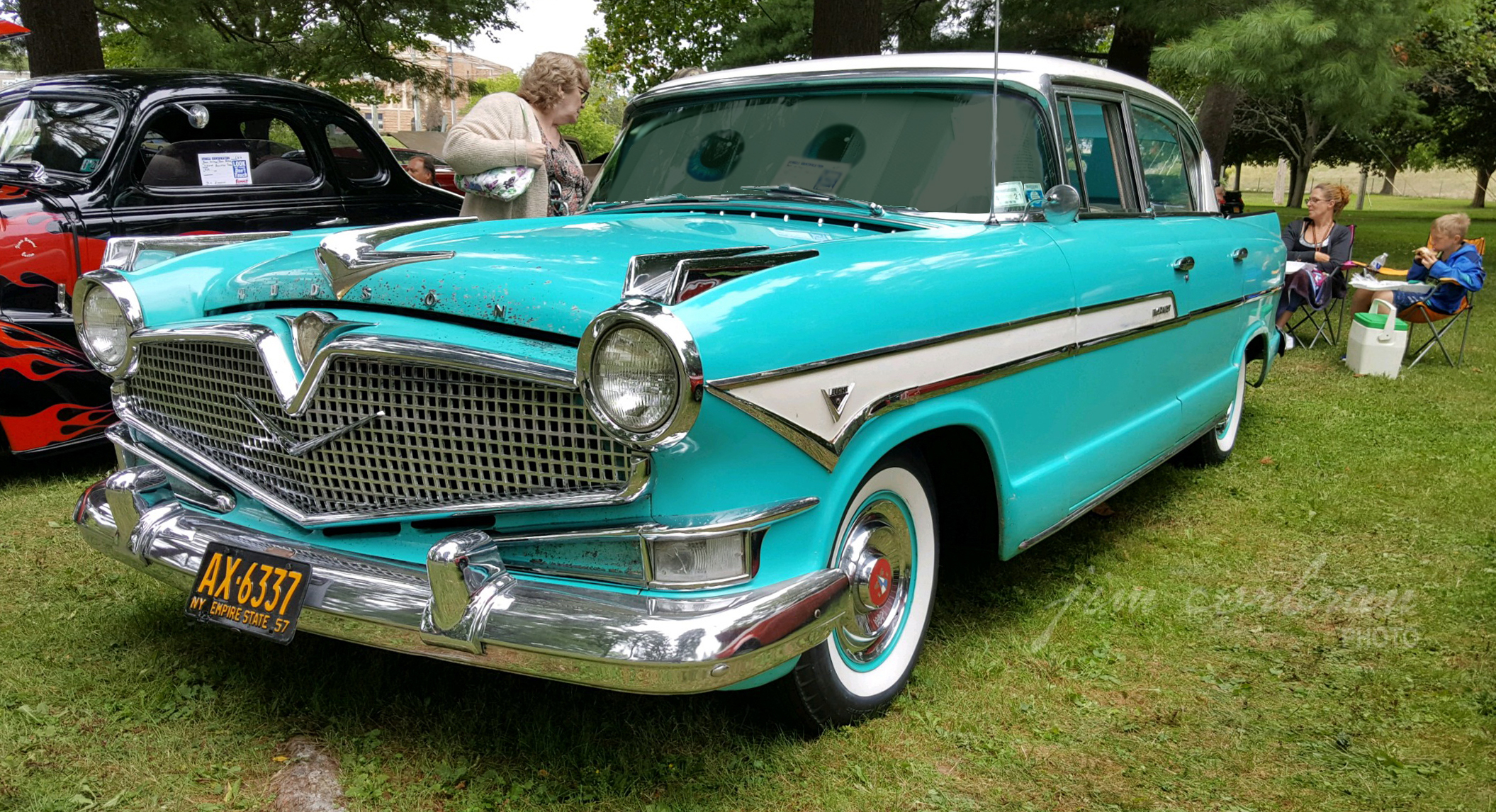 A close look at this 1957 Hudson Hornet Super shows that yes, it was derived from its American Motors cousin, the Nash (it’s one of only 1,103 Super 4-door sedans to leave the factory that year). Bits were added on to the rear fender tops and quarter panel end caps to make them more fin-like, which was what 1957 car styling was all about. The front end is disguised better, but everything above the beltline is pure Nash. We saw this one last summer at a car show sponsored by the Ancient Order of Hibernians in Wellsville. Speaking to the owners, we learned that they’re family members of the original buyer, who took delivery of the car at Rozanski Motors in Perry. The odometer just recently passed the 45,000 mile mark!