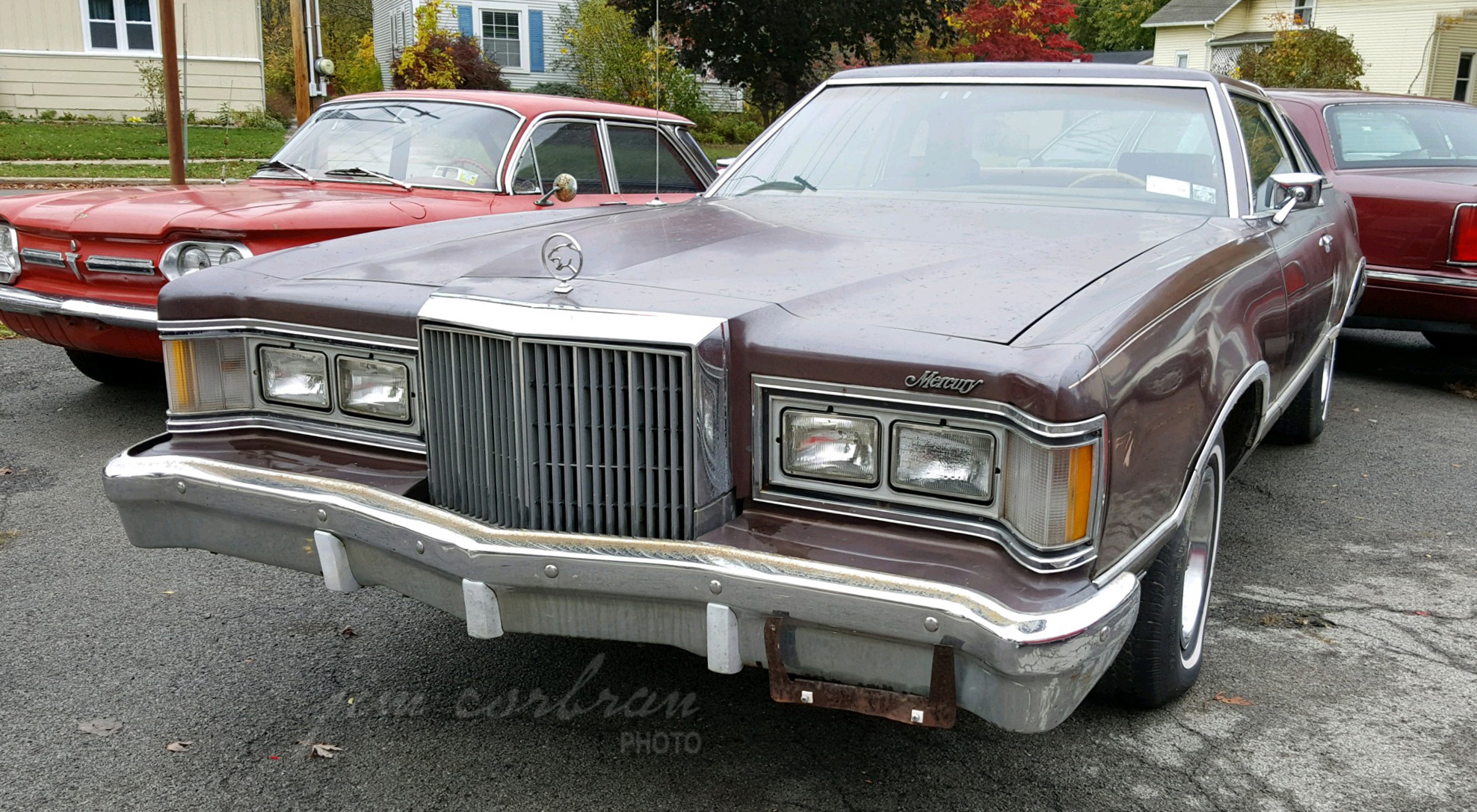 Some fans of Mercury’s original pony car entry weren’t perplexed so much about Ford dropping the Montego moniker from its mid-sized lineup in the late 1970s as they were about what they replaced it with. Which brings us to today’s RealRide: a 1977 Mercury Cougar. It was sort of okay in 1974 when they moved the Cougar up a notch in size to compete with the likes of the Chevy Monte Carlo and others in the rather new personal luxury coupe genre… but for 1977 they expanded the Cougar lineup to include very pedestrian four-door sedans and station wagons. Mon Dieu! And seemingly (fittingly, some might say) they seem now to have mostly disappeared from the American landscape, except for this one of course, seen back in the fall on a North Tonawanda street corner.