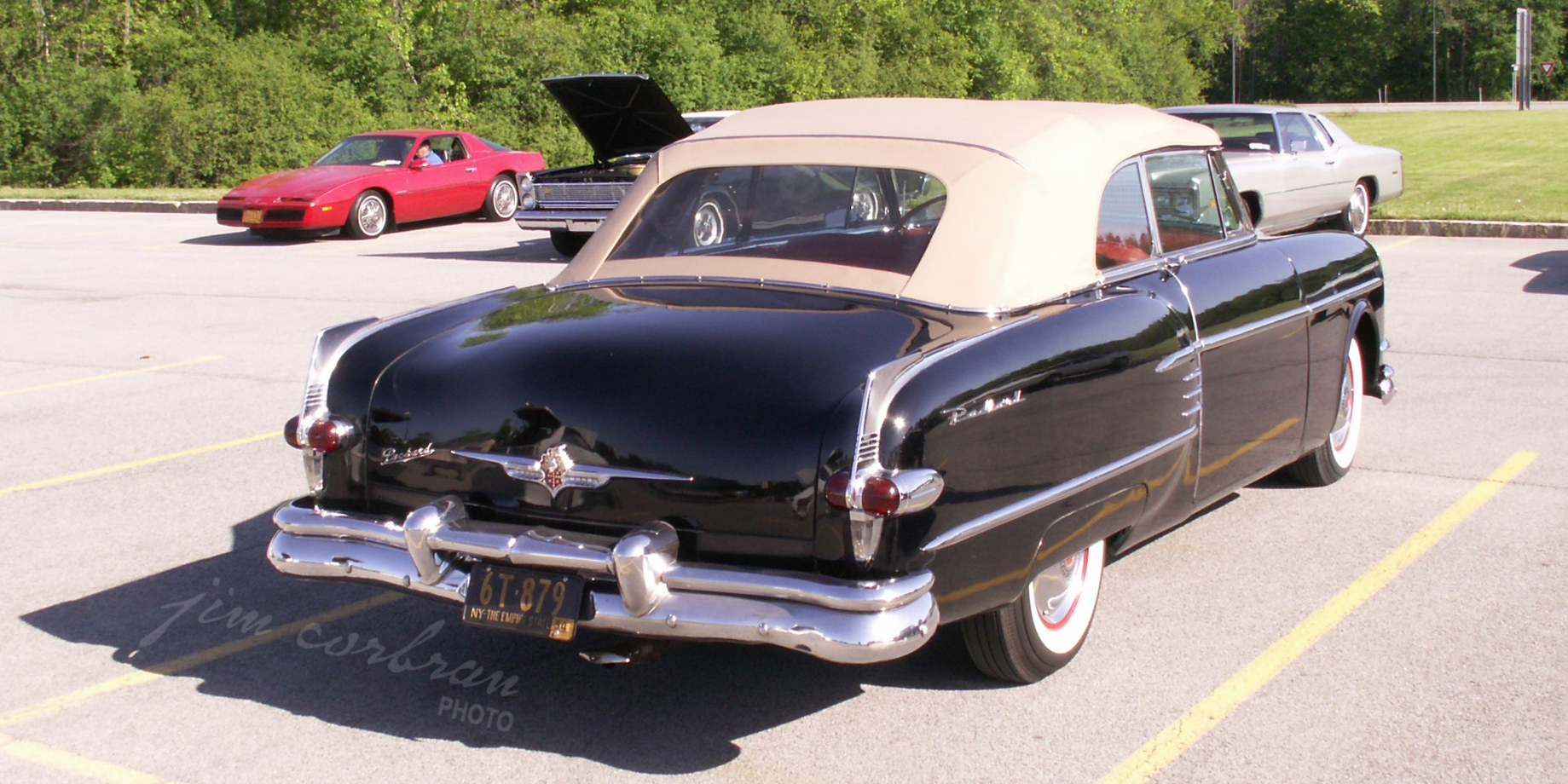 Kudos to the owner of this 1954 Packard for presentlng his convertible with the top up at the 2014 Antique Automobile Club of America regional show at UB’s north campus in Amherst. Rare to see a Packard convertible anywhere these days (only 863 produced), especially from this, the pre-penultimate year for actual Packards before they morphed into badge-engineered Studebakers for MY 1957. It is too bad though, that we didn’t get a peek at the interior, as Packard told us “Few homes are as tastefully and lavishly furnished, few private clubs as richly appointed as the colorful Packard interiors for 1954.” One of their new fabrics was something called “Nylon matelassé.” In addition, the convertible was offered with “hair-cell leather.” Below is a brochure illustration with the top down.