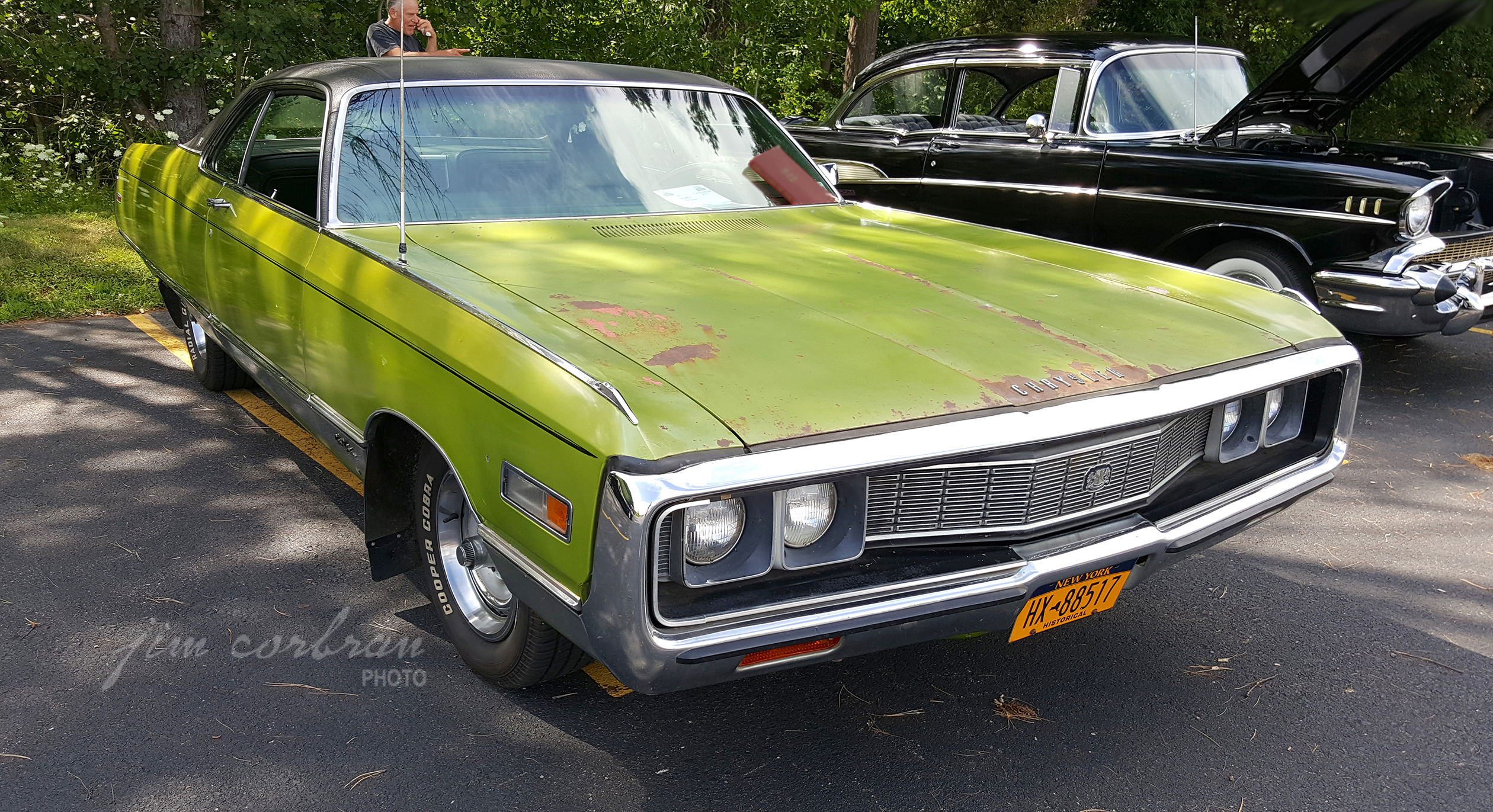 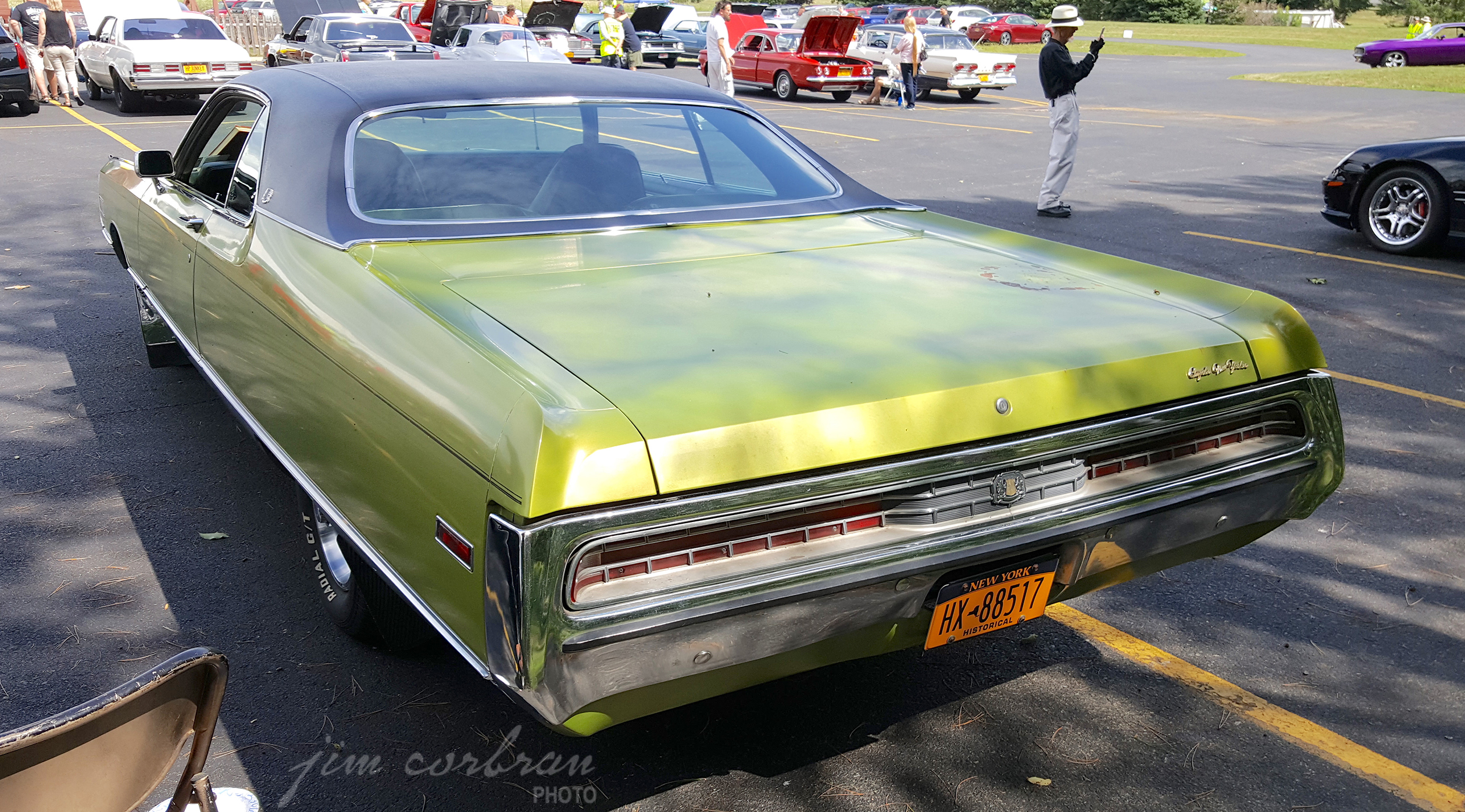 This 1971 Chrysler New Yorker would normally have been the top-line model for the marque, but for MY 1971, Chrysler decided to lump the Imperial into the Chrysler lineup (it’d been done before), which of course put it at the top of the heap. (For you doubters, see the Imperial page from the ’71 Chrysler brochure below.) This was the third year for the corporate-wide fuselage styling for all Mopar full-sized cars — wide at the beltline, tucked-in at the top and bottom. From here on in that shape would get toned down (or was it squared-up?) incrementally until all of the big Plymouths, Dodges, and Chryslers received a total makeover/downsizing for MY 1979. We found today’s RealRide back in July 2017 at a car show held at the Crossroads Christian Church in East Aurora. 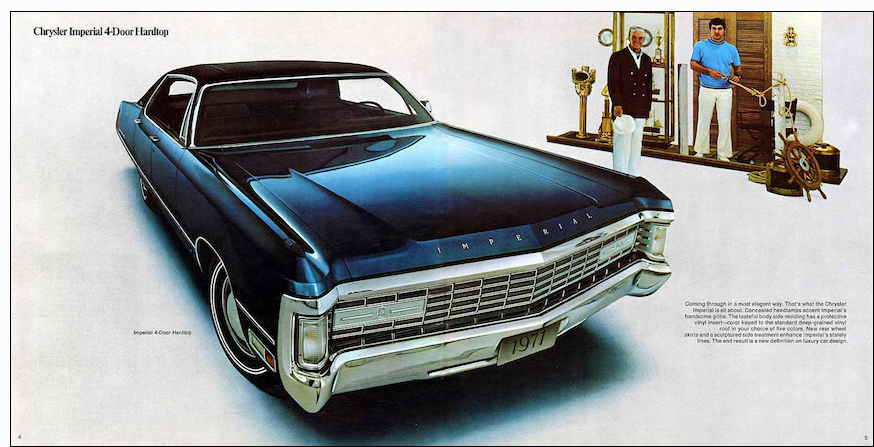