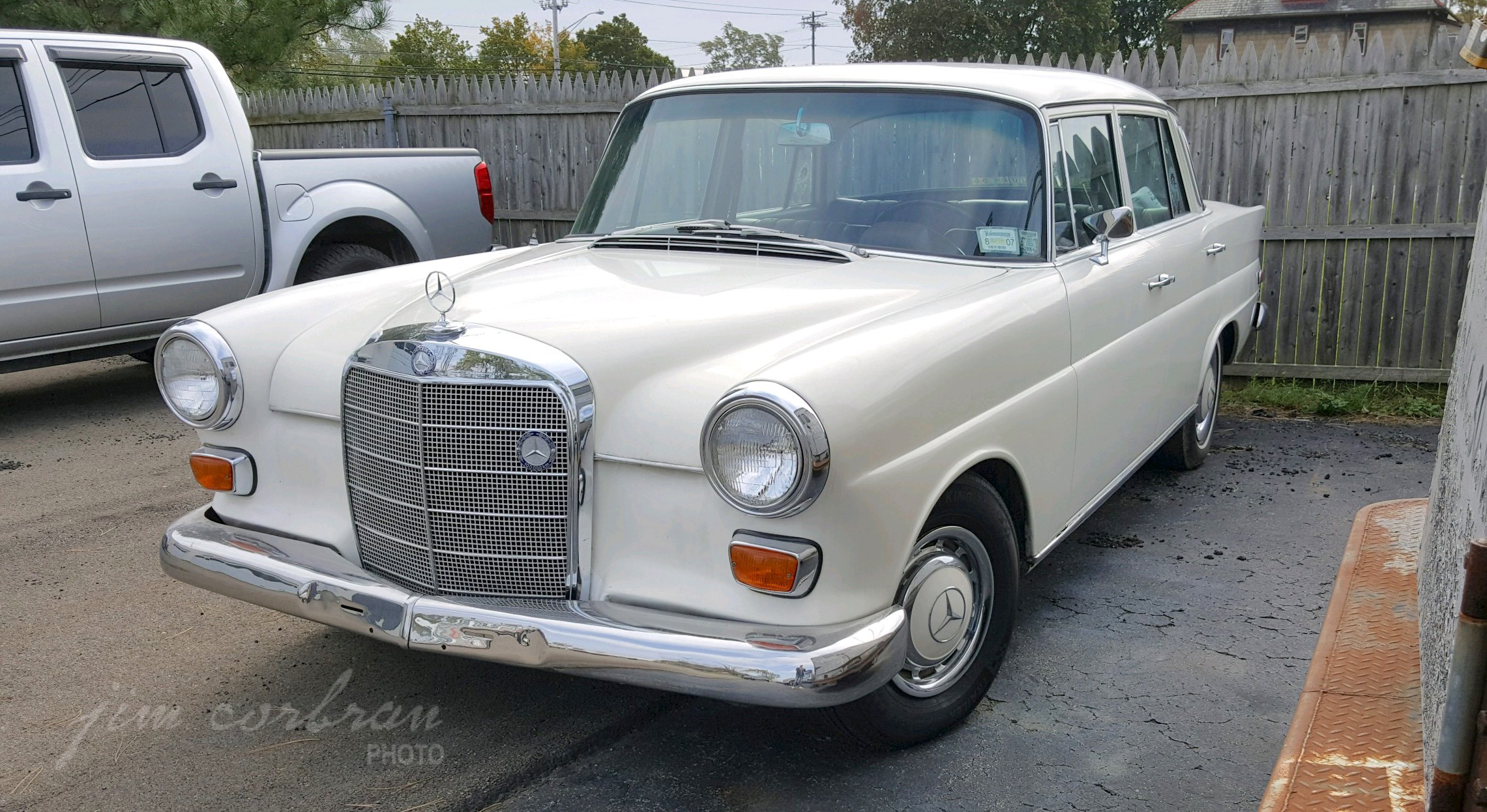 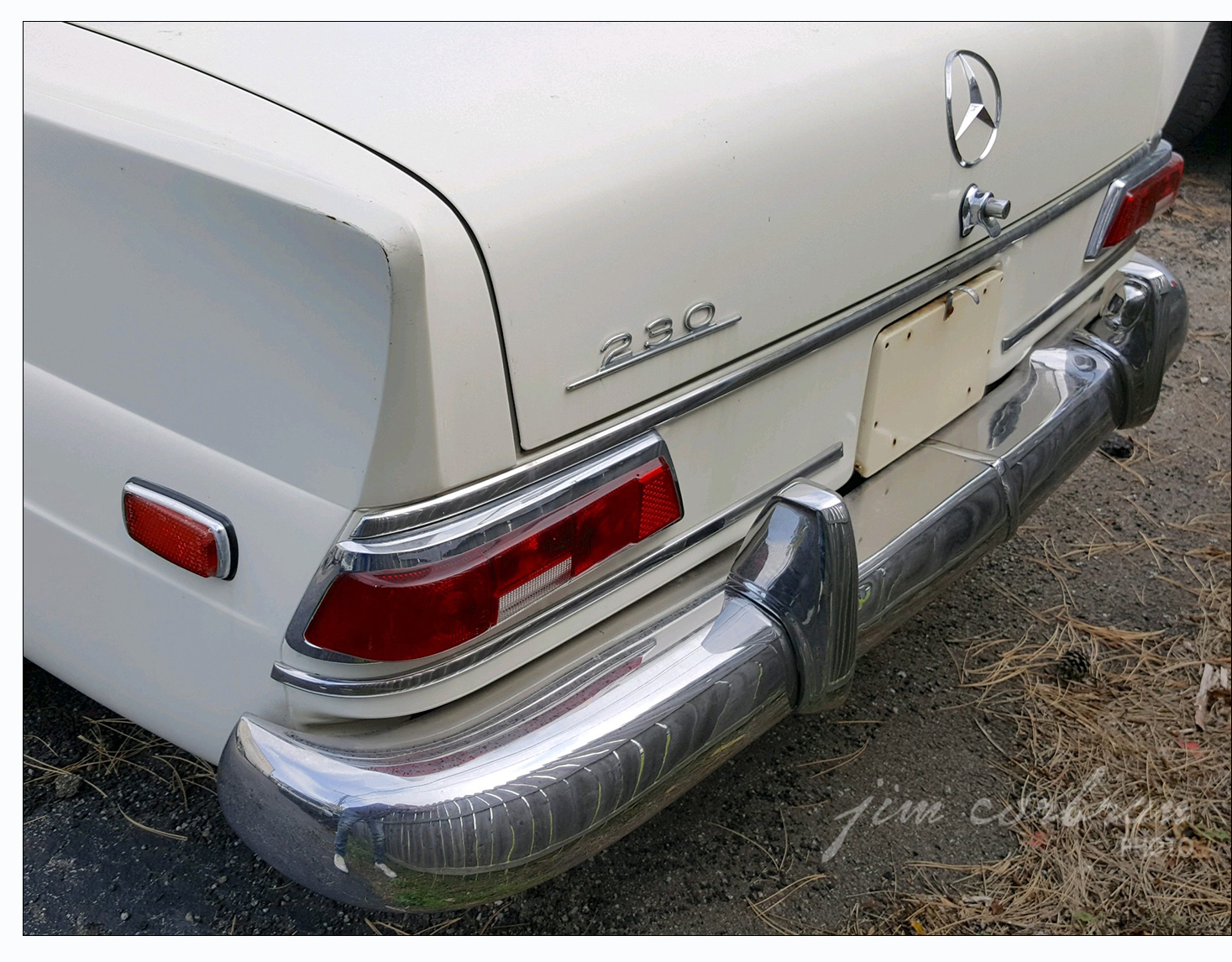 The revered Heckflosse (Fintail) was on its way out when this 1968 Mercedes-Benz 230 left the factory. Named for the styling of its rear flanks, the Fintail Benzes came into being in 1961, just as the tailfin craze was dying out in North America. The 230 was M-B’s entry-level sedan, which seven years earlier had begun life as the 190 with a 1.9L inline four-cylinder gasoline-powered engine under the hood (or as the 200D with a 2.0L diesel). By 1968, the now-renamed 230 came with a 2.3L inline six. This one was seen last summer in a Kenmore parking lot.