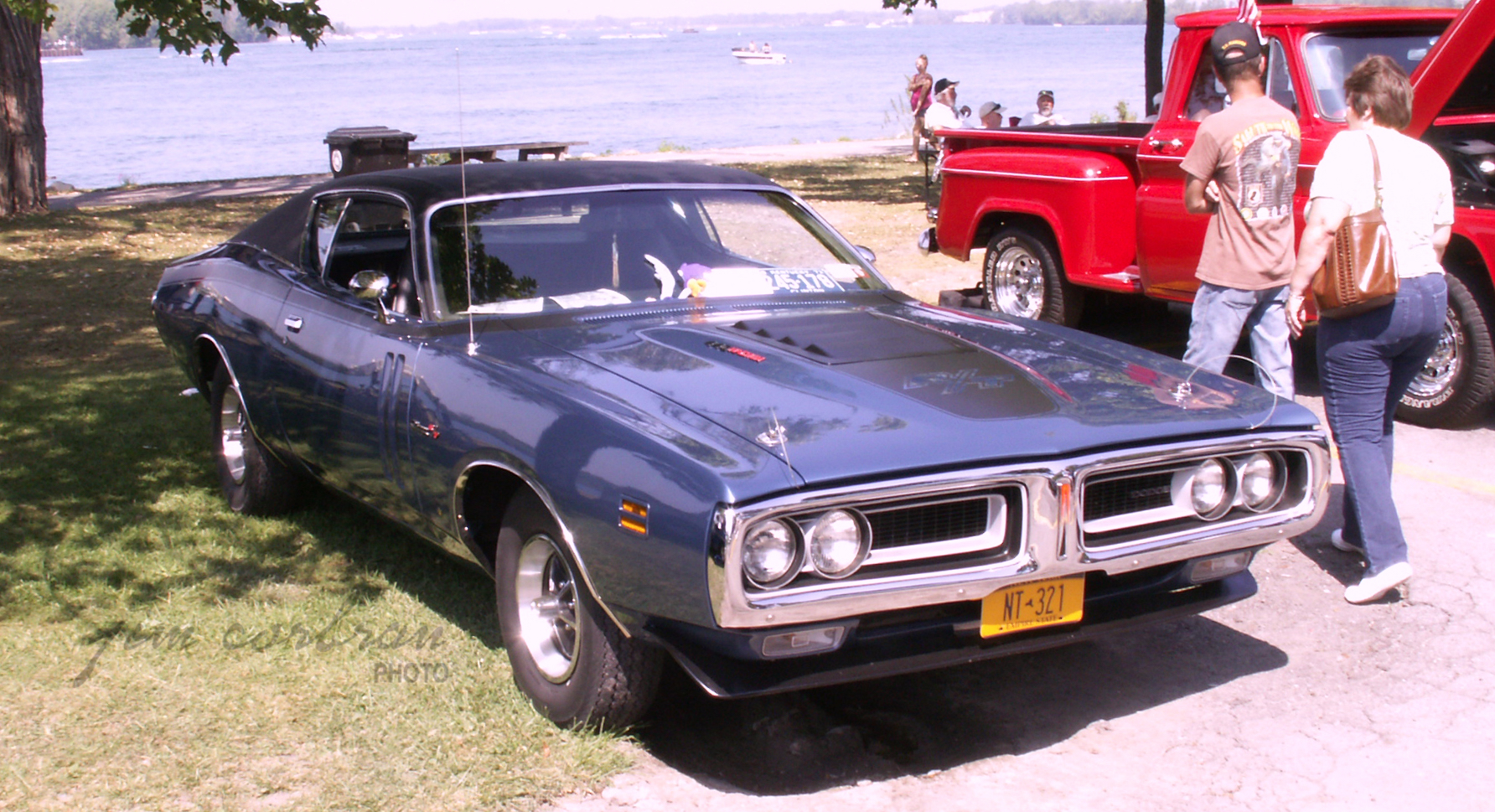 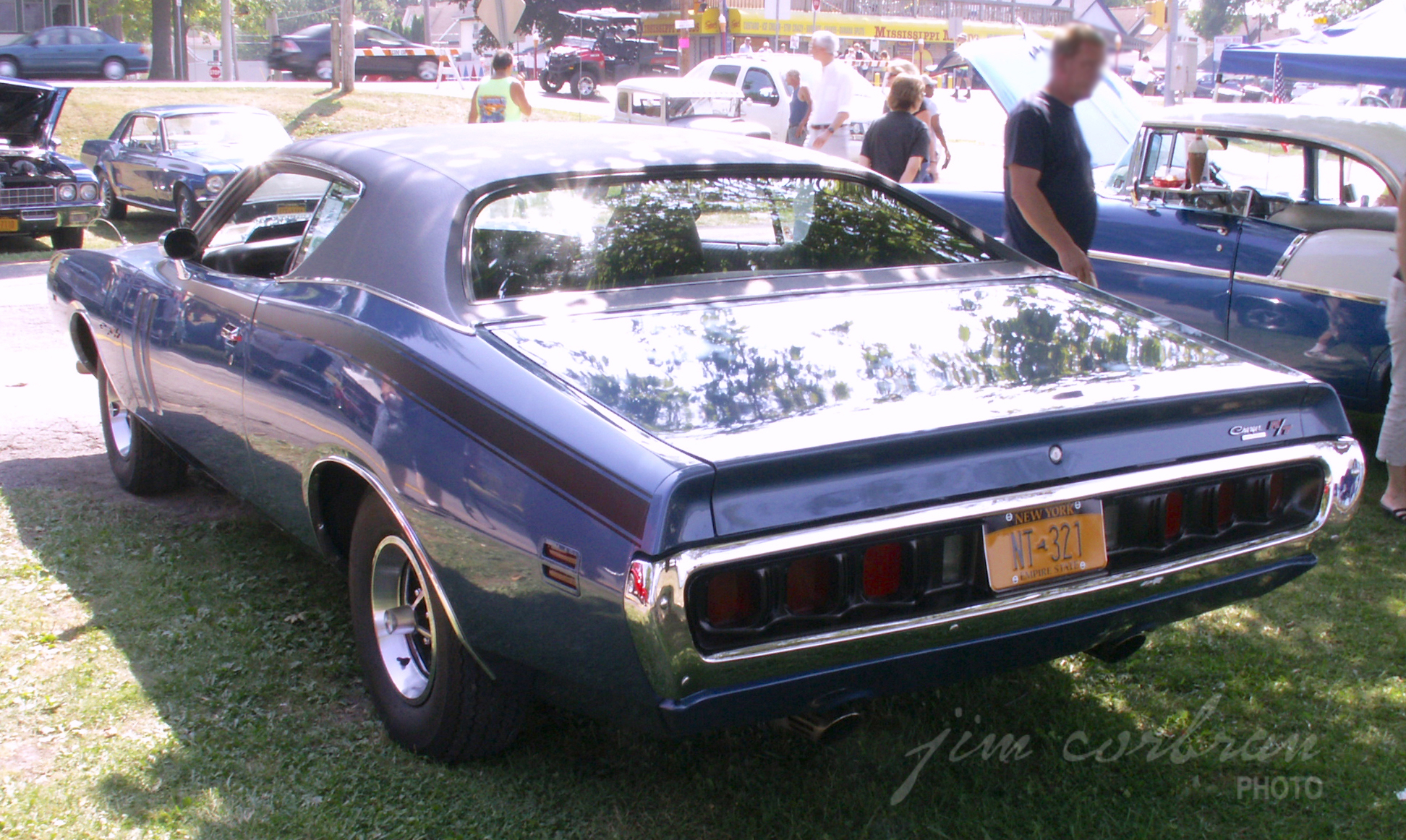 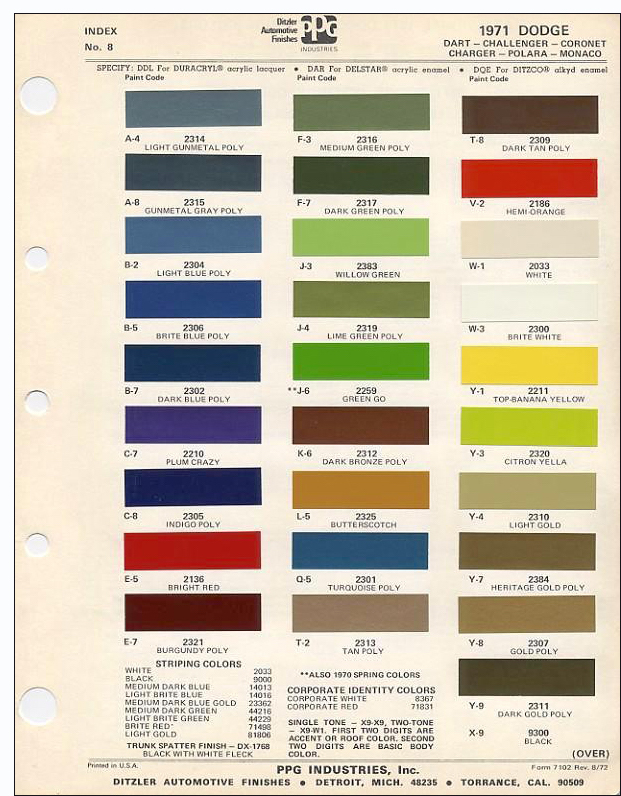 When we saw this 1971 Dodge Charger R/T back in 2017 at the annual Labor Day car show on the river in the City of Tonawanda, I was pretty sure the color was
Plum Crazy. Looking at the photos all these years later, now I’m not so sure. Could be the lighting, could be the camera, could be the computer screen… could be my memory! However, looking at the paint chart, as well as photos of this same car taken at other car shows, I've decided it might just be Brite Blue Poly. Dodge sold 3,118 of the R/T coupe for MY 1971, and they came standard with a 440cid, 370hp V8. If that wasn’t enough, you could always order the Hemi! You could have also paid extra for color-keyed front and rear bumpers if you were more the monochromatic type (below). 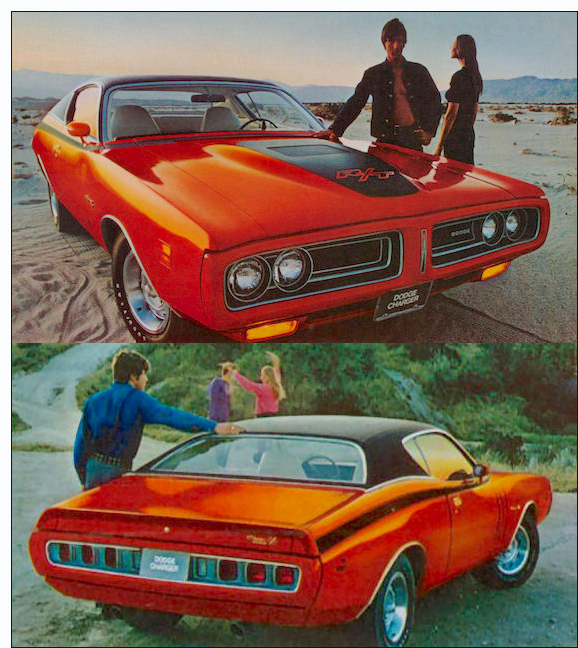