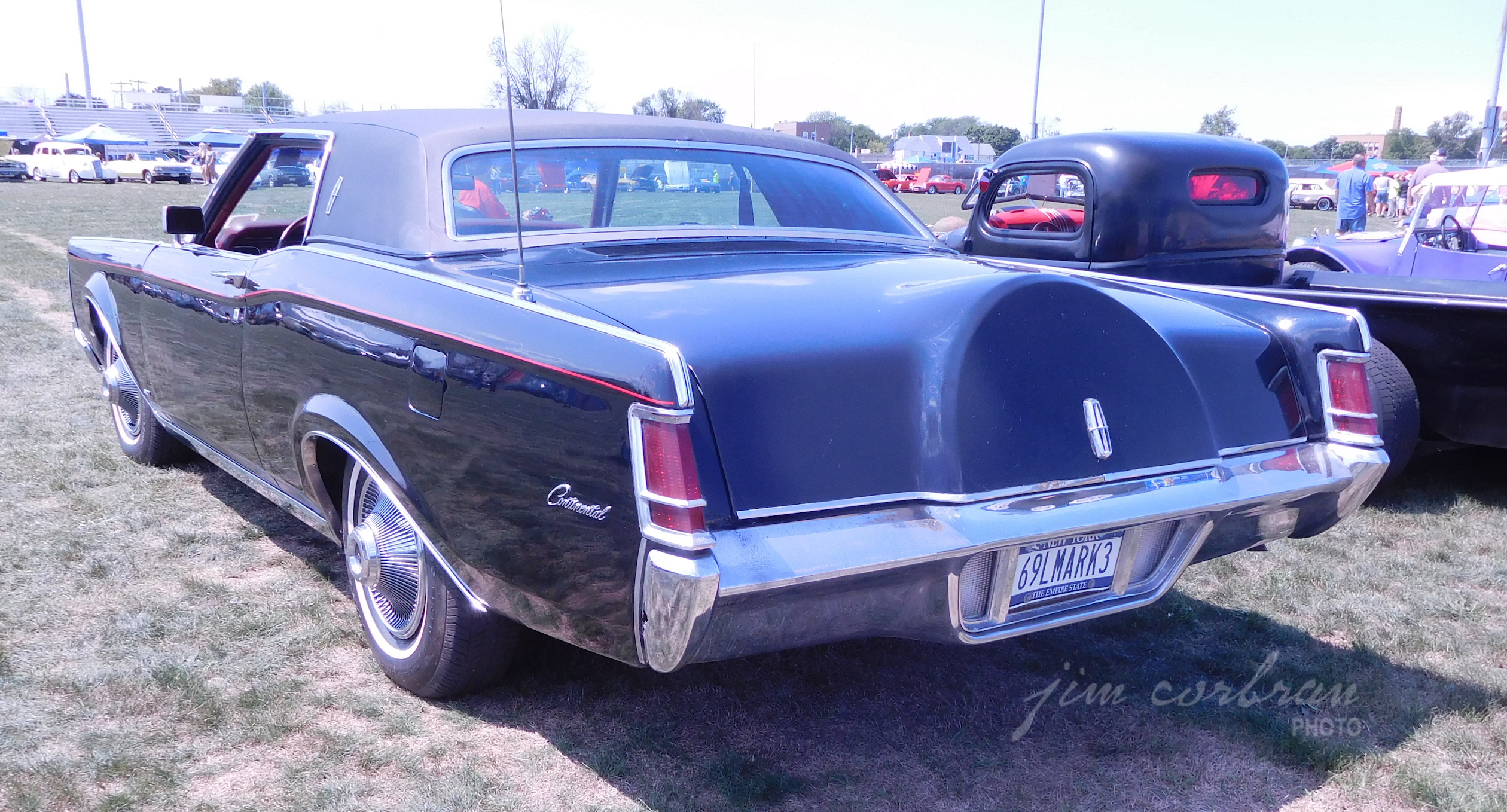 Is it just my imagination, or was every 1969 Lincoln Continental Mark III painted black? Looking around today it sure seems that way. I was a teenager when these cars were introduced for MY 1968, and although I was primarily a small-car fan, I really liked the looks of the Mark III. Introduced late in the model year (April 1968), Lincoln sold just 7,770 of the initial run, but that number ballooned up to 23,088 for MY 1969 and it stayed pretty steady until the Mark IV came out for 1972 (with 48,591 produced!). We came across today’s RealRide in the summer of 2018 at a Sunday car show in Sal Maglie Stadium in Niagara Falls.