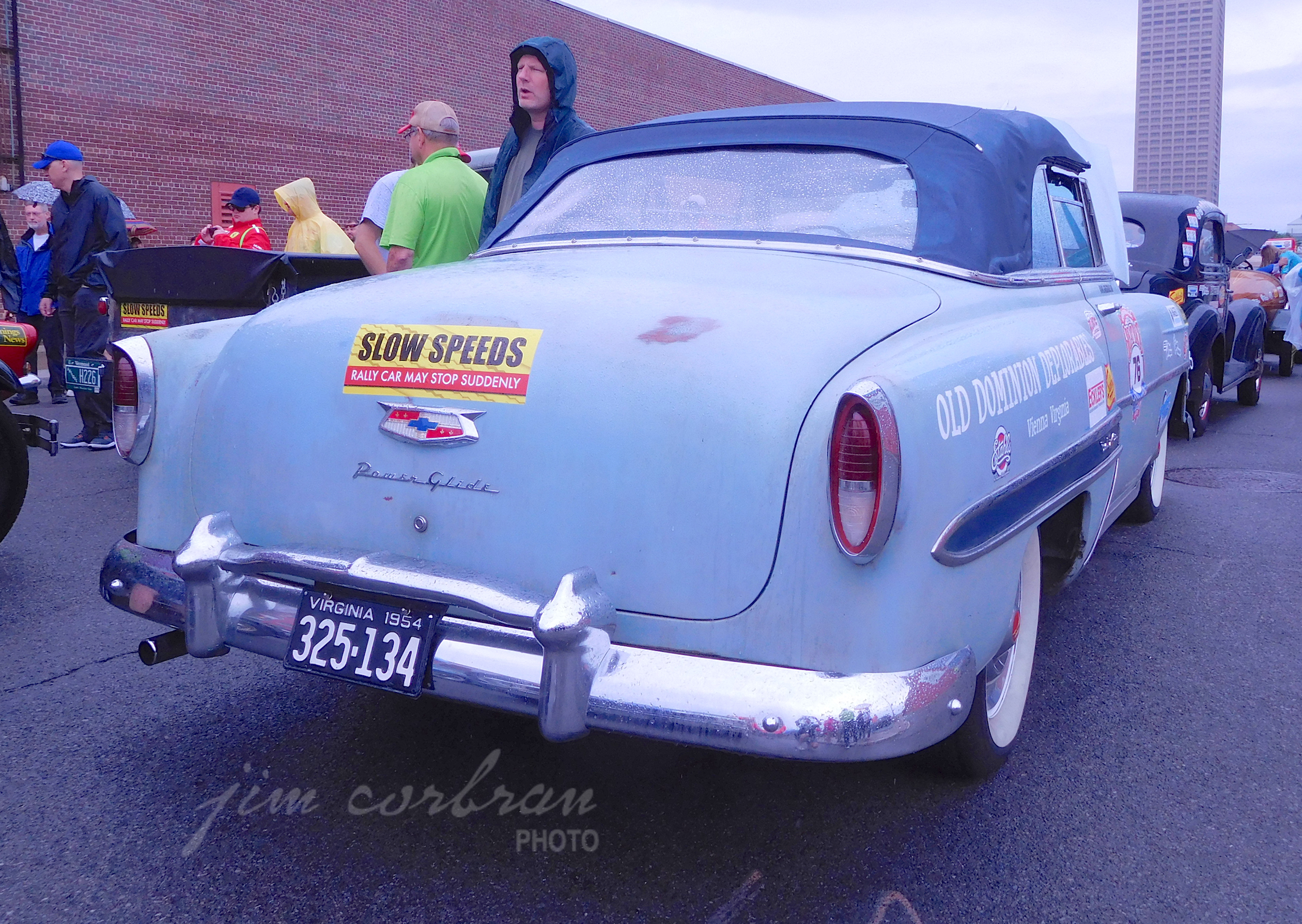 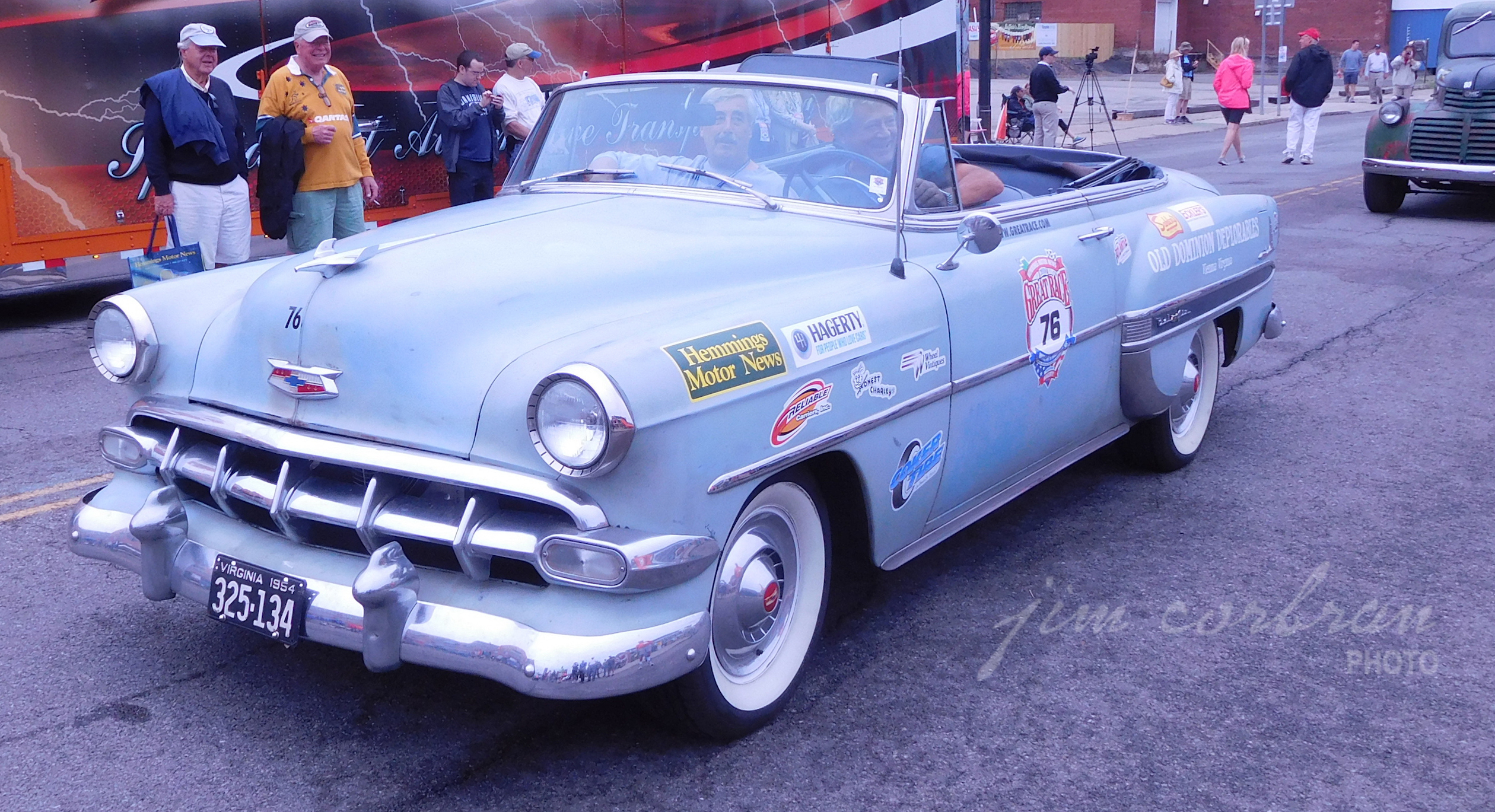 Here’s another entry from the start of the Hemmings Motor News Great Race back in 2018, which started here in Buffalo on June 23rd and finished in Halifax, Nova Scotia on Canada Day, July 1st. Team #76 rode in this 1954 Chevrolet Bel Air, pictured here with the top up during a steady drizzle while the entrants were staged, and then with the top dropped as skies cleared for the beginning of the race. The team, known as Dominion Deplorables, were driver Rick Castaldo from Woodstock, New York and navigator Jerry Boyer from Springfield, Virginia. They finished 100th out of 118 total entries.