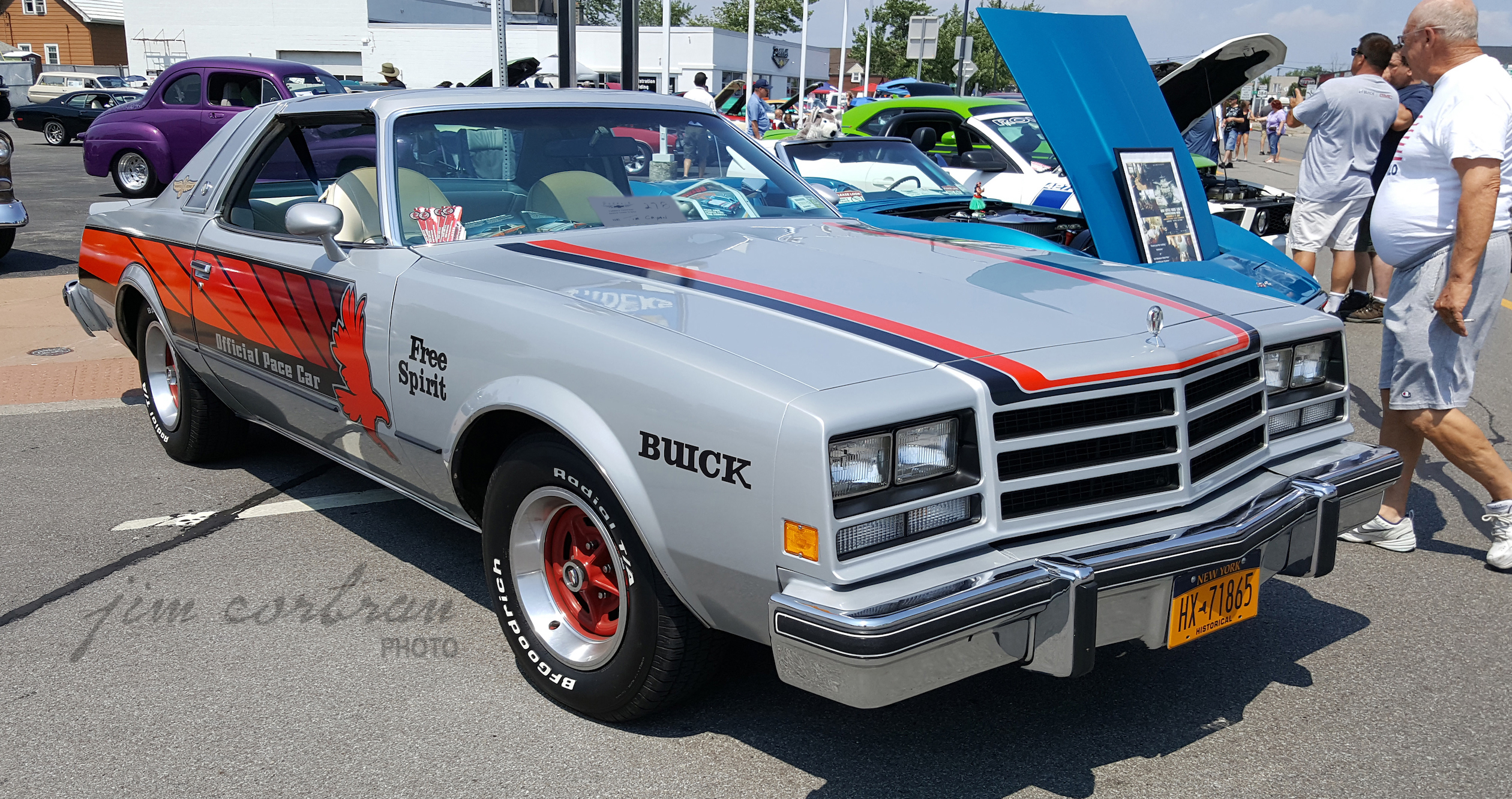 You hang around cars for as long as I have and you figure you’ve seen just about everything. But n-o-o-o! of course you haven’t! Case in point — this 1976 Buick Century Custom, which is a replica of that year’s Indy 500 pace car. At first glance I was scratching my head wondering why Buick didn’t offer the more potent Regal in Grand National trim as that year’s race pacer, until I remembered that in 1976 the Regal was still pretty much just a personal luxury coupe of the Monte Carlo/Grand Prix ilk. The Grand National wouldn’t come along until the early 1980s. The ’76 Century was the first Indy pace car to feature a V6 engine — this one was turbo-charged and rated at 300 hp, while replica cars like this one sold to the general public had a 350cid V8 under the hood. Non-replicar Centurys were a bit more tame looking and were offered with two distinctive rooflines: the Century Custom Coupe and the Century Coupe (see both below). The Indy replicas used the Custom Coupe roofline with the rear quarter windows covered by a band of stainless trim which went up over the roof. We saw this one a few summers ago at a Sunday car show on Delaware Avenue in Kenmore. 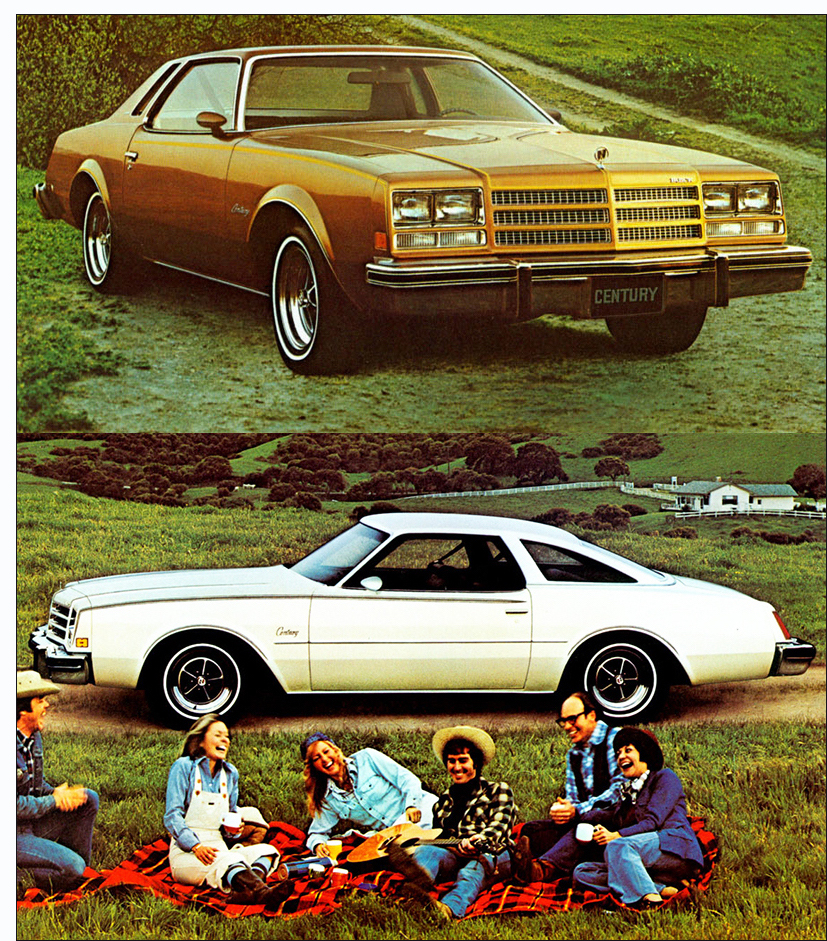