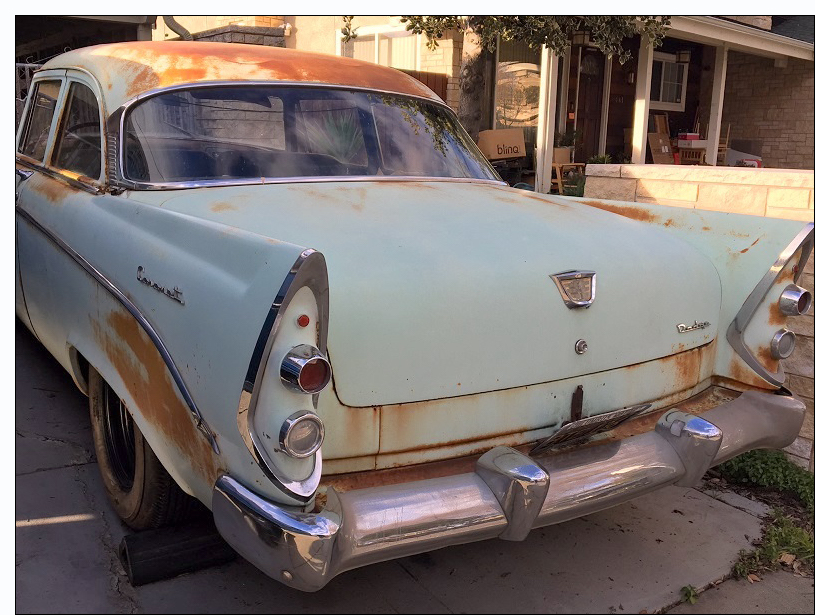 This 1956 Dodge Coronet V8 was shot from a dramatic angle by local car show photographer Gary Swiatowy at a Cars & Coffee event last fall at Wimbledon Lanes in West Seneca. I love going to car shows/cruise nights and finding cars like this one which still look pretty stock — the only non-stock item visible here might be the narrower than usual whitewalls which weren’t available back in 1956, but I have no complaints with that! The Coronet was the entry-level Dodge for MY 1956 — with the inline six it was available as a four-door sedan, a two-door club sedan, and a two-door wagon, while the V8 model also included two- and four-door hardtops, a convertible, and four-door six- and eight-passenger Sierra wagons. Other lines were the Royal and Custom Royal, both of which came only with a V8. Also shown here are two a couple of Coronet Six models (you can tell because there’s no “vee” emblem on the hood or trunklid).