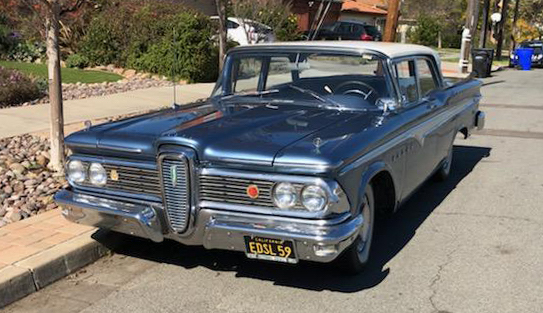 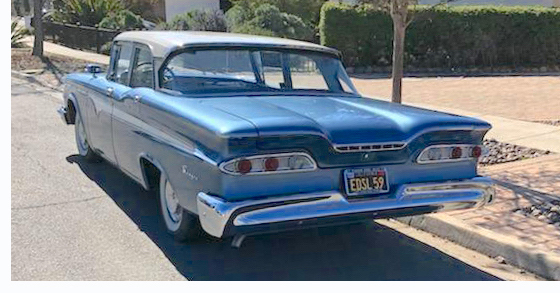 My brother Dennis took these photos of a 1959 Edsel Ranger which he says is usually under a cover in his San Diego neighborhood. The vanity plates spell it out for anyone who’s never encountered one of Ford’s unsuccessful attempts to grab more of the medium-price market. Seeing that only about 111,000 were sold over three model years (1958-60) it wouldn’t be too surprising to find someone who’s never seen one. The Ranger was the entry-level model, one of four lines when the Edsel debuted for MY 1958 (Pacer, Corsair, and Citation were the others). By 1959 it was down to two (Ranger and Corsair), and the very abbreviated 1960 model year (production ended in November 1959) consisted of only the Ranger — about 3,000 were produced before company president Robert McNamara pulled the plug.