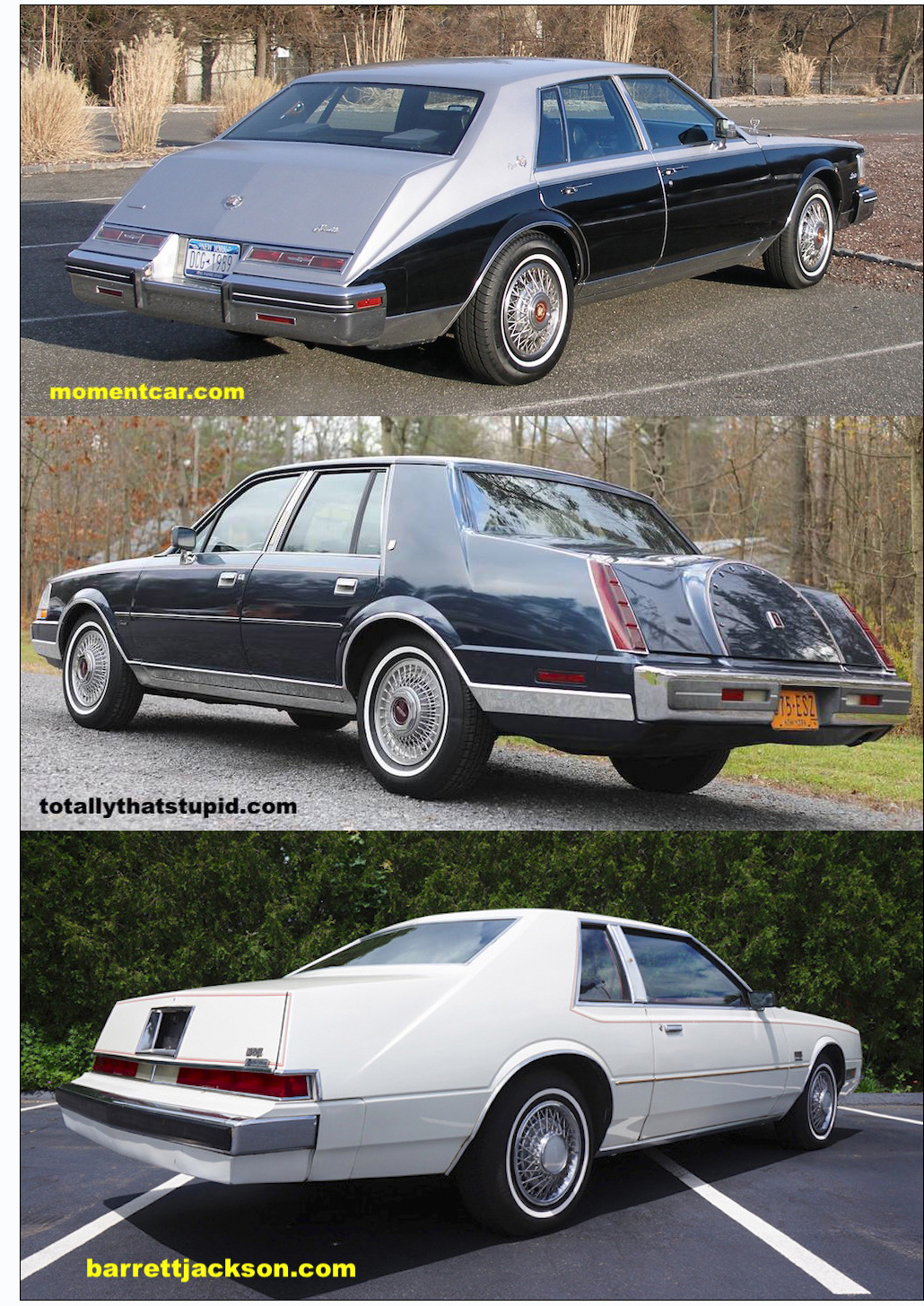 I'm going to assume that both the front and rear sections of this 1980 Cadillac Seville were designed by the same team of stylists. It's possible though, that the rear was sketched after the front was finished and they went out for a long lunch, forgetting just which car they were working on that morning. Lol… This isn’t a putdown of the Seville, I’m just saying that the back end looks like it belongs on a different car. The competition didn’t think so, though. Below you can compare its sculpted rear end with those of the Lincoln Town Car and Chrysler’s reincarnated Imperial which soon followed (top-to-bottom: Seville, Lincoln, Imperial). We spied this Seville quite a few years ago in a Buffalo parking lot near the Peace Bridge.