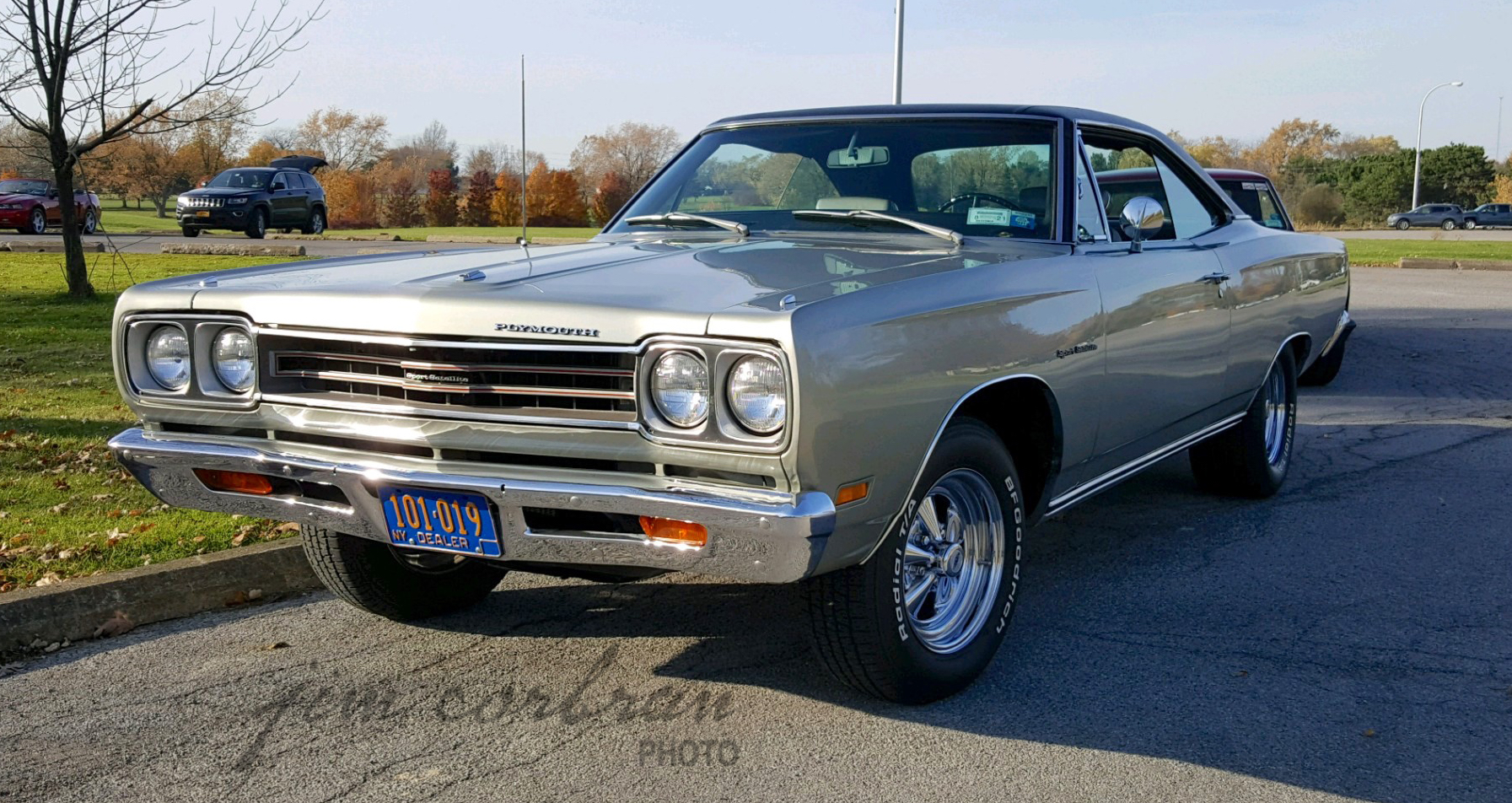 It’s a bit unusual (IMO) to run into a 1969 Plymouth Sport Satellite these days. It seems that most of the Plymouth mid-sized cars from that era which have survived are either a Road Runner or a GTX. It’s telling that the Sport Satellite was also available as a four-door sedan and a station wagon (as well as the seemingly more desirable-to-collectors two-door hardtop and convertible) making it a more plebian nameplate. Standard engine for the Sport Satellite lineup was Chrysler’s 318cid V8, while the 383 was optional. If you wanted a six, you had to make do with the base Belvedere or the Satellite (sans “Sport” moniker). We saw this nice example last fall at a Saturday afternoon cruise which began at the Sheridan Park Golf Course in Tonawanda.