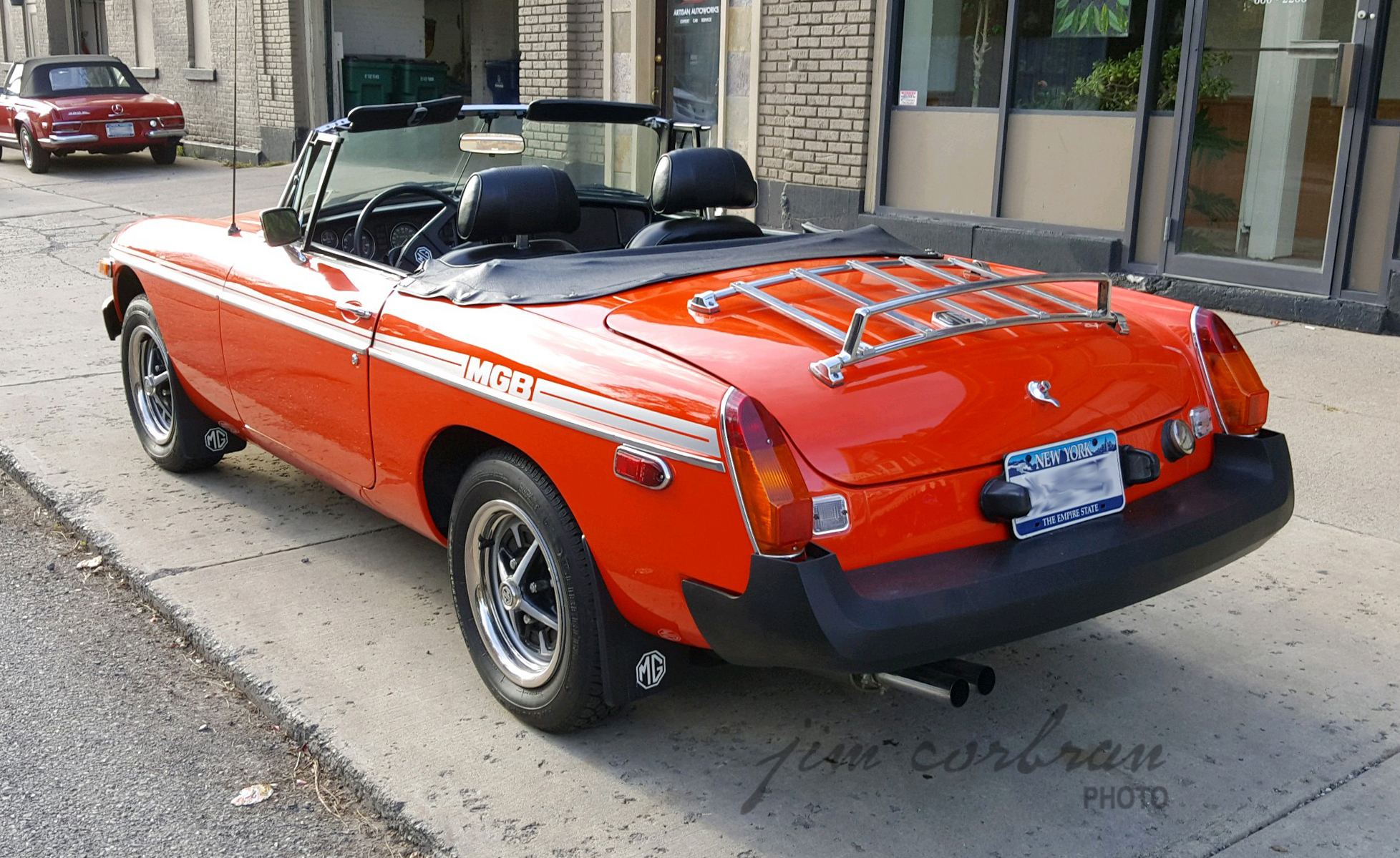 The previous year’s brochure reminded us that “For 50 years, MG sports cars have come growling out of our brick factory at Abingdon-on-Thames and into the record books of motor racing.” This 1979 MGB is literally the ultimate MGB in that this was its final year of production. Emissions and safety regulations in the U.S. likely bore most of the blame for the MGB’s demise. The final straw might well have been having to raise the car’s body on its frame to meet headlight height requirements, which not only changed its looks, but the higher center of gravity affected its handling as well. Too bad… it was fun while it lasted! We saw this one last fall while bicycling through the West Side of Buffalo.