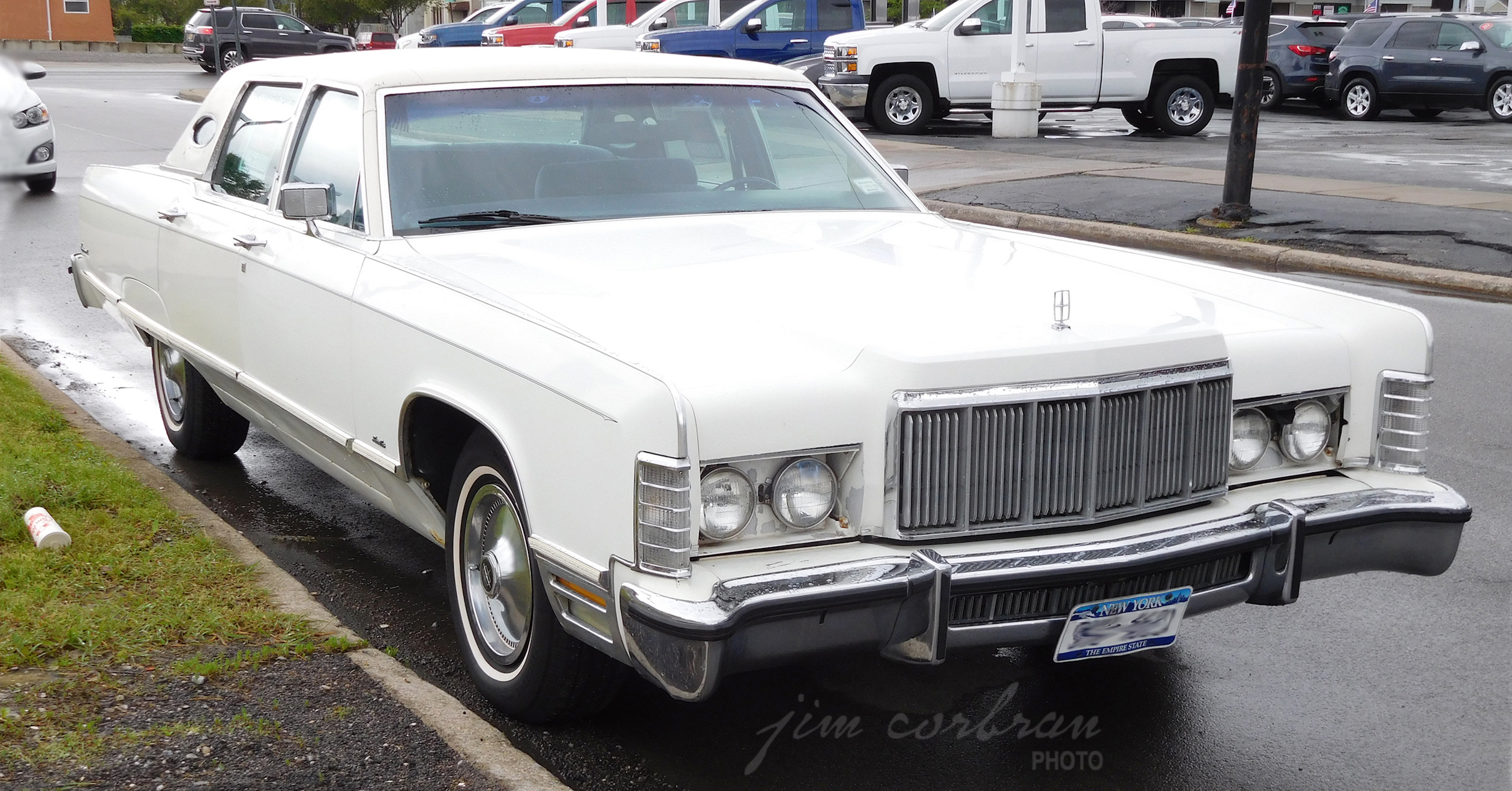 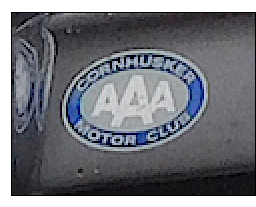 Last night we were watching an episode of Nicole Curtis’ new Detroit-based show on HGTV called “Rehab Addict Rescue,” and doesn’t she take her client for a ride across town in a car very similar to this 1975 Lincoln Continental Town Car. Curtiss’ car, a 1976 model, was yellow, with some wonky-looking headlight doors (seen below in a screenshot from the show). She bought the car a few years ago to surprise her grandfather, who used to own one just like it. It’s probably safe to assume that today's RealRide also spent some time in the Midwest, judging from the Cornhuskers AAA sticker on the back bumper (inset). We came across it a few summers ago in Kenmore. 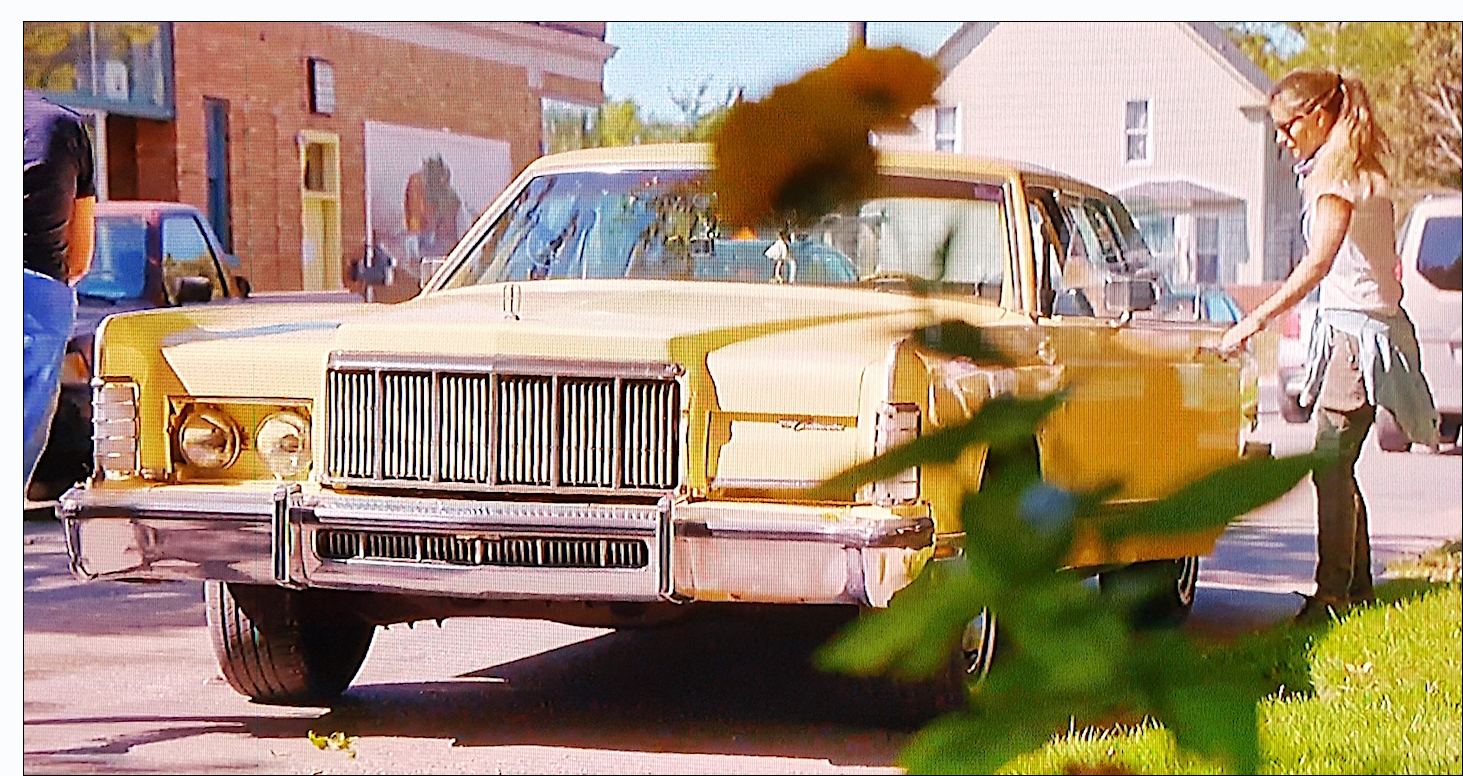