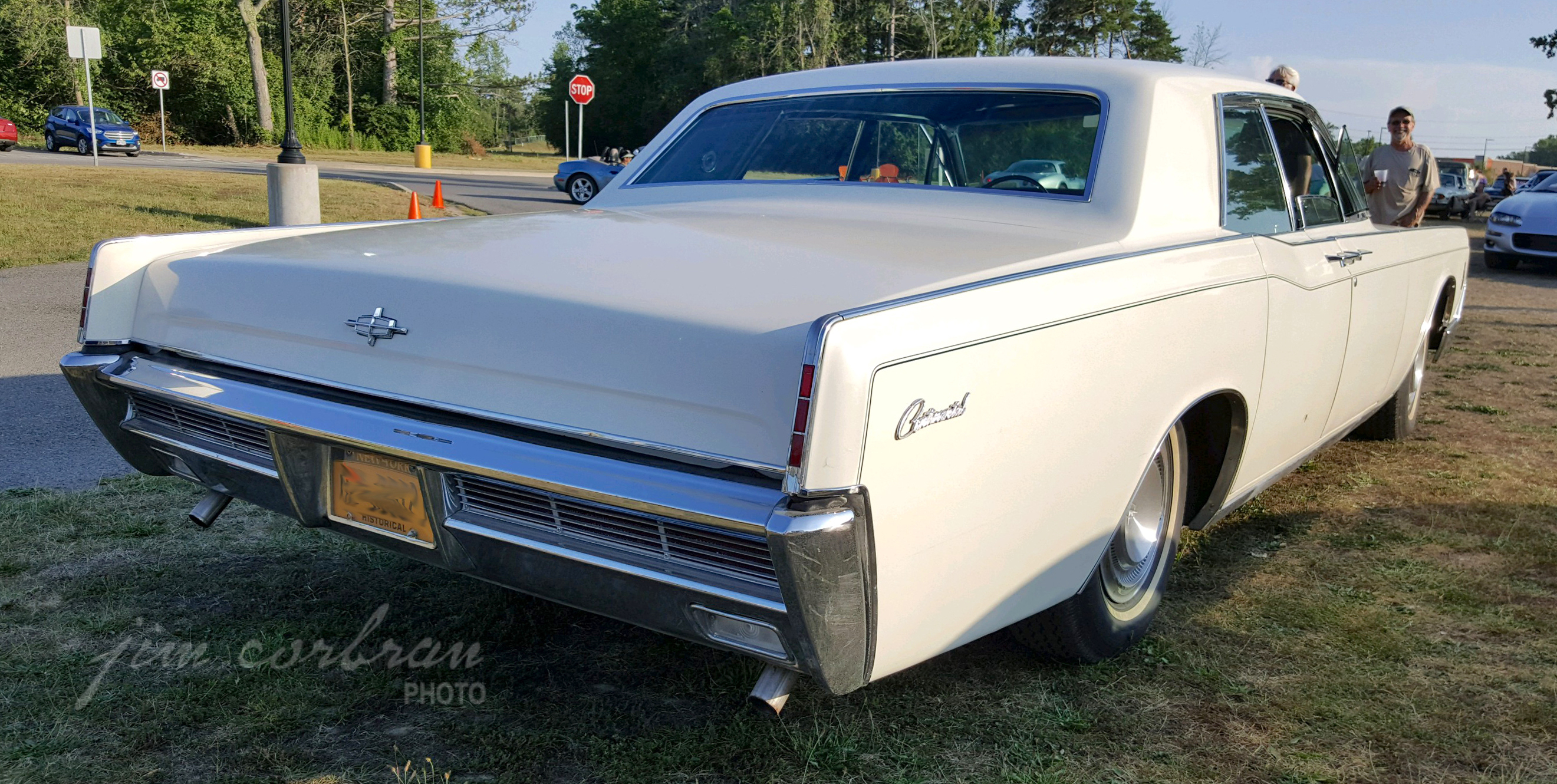 The original buyers of this 1966 Lincoln Continental had, for the first time since MY 1960, the opportunity to opt for a two-door hardtop version as well as this four-door sedan and a four-door convertible — the latter of which was the lone four-door drop-top made in America, with suicide doors, yet! Lincoln called the two-door a coupé, which sounds much classier than two-door hardtop. This was also the first year for a new engine: a 462cid V8 of 340 hp, an increase of 40 hp from the previous 430 V8 which had been powering Lincolns since 1958. We saw this one back in 2018 at a cruise night in the parking lot of the Wurlitzer Building in North Tonawanda.