When we saw this 1960 Chevrolet (with a Texas tag) in Akron last fall, we left scratching our head. The front fender trim looks like it's from an Impala, yet the trim which edges the tailfin from the back of the car into the door tells me it's a Bel Air; but, the unadorned cove where the taillights are located is more like a Biscayne, as is the lack of a chrome spear along the rear quarter panel which on this car looks like a paint stripe. Yet it has the bright metal drip rails found on the Impala and Bel Air. We’re going to go on record as ruling out the Impala option, due to the lack of vent-like trim under the rear windscreen. (see all three models below) So, Bel Air or Biscayne? We report, you decide. 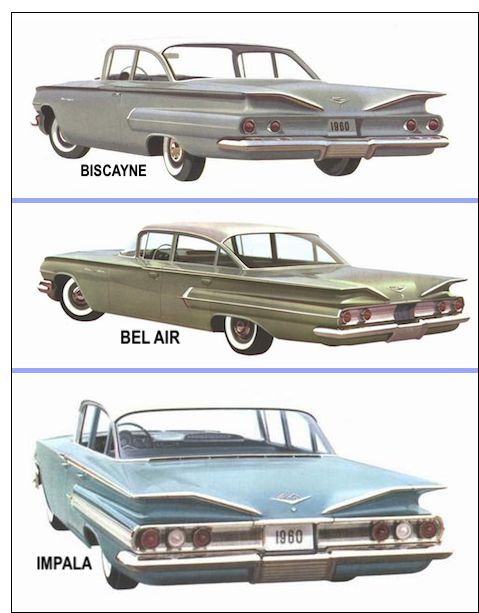