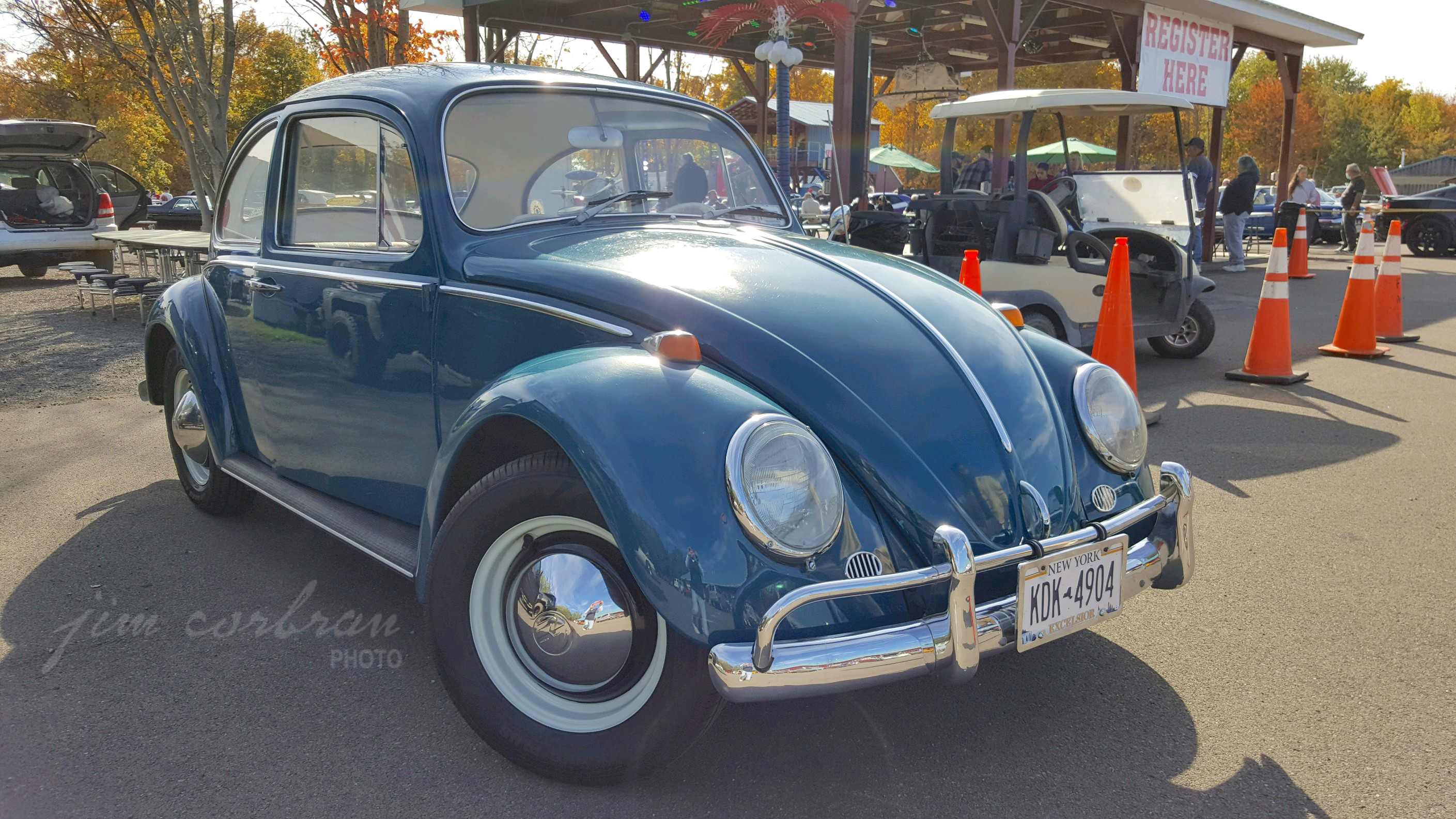 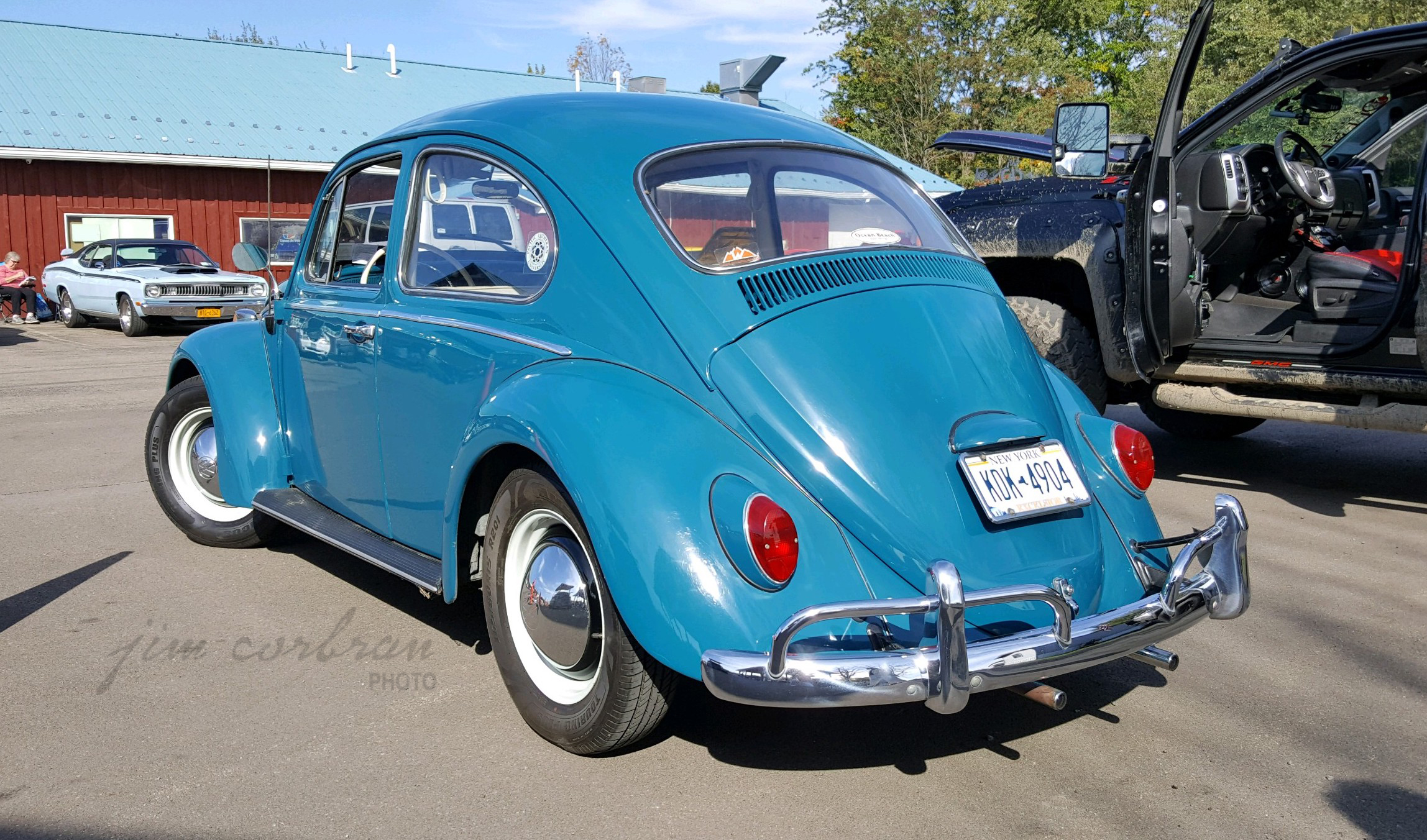 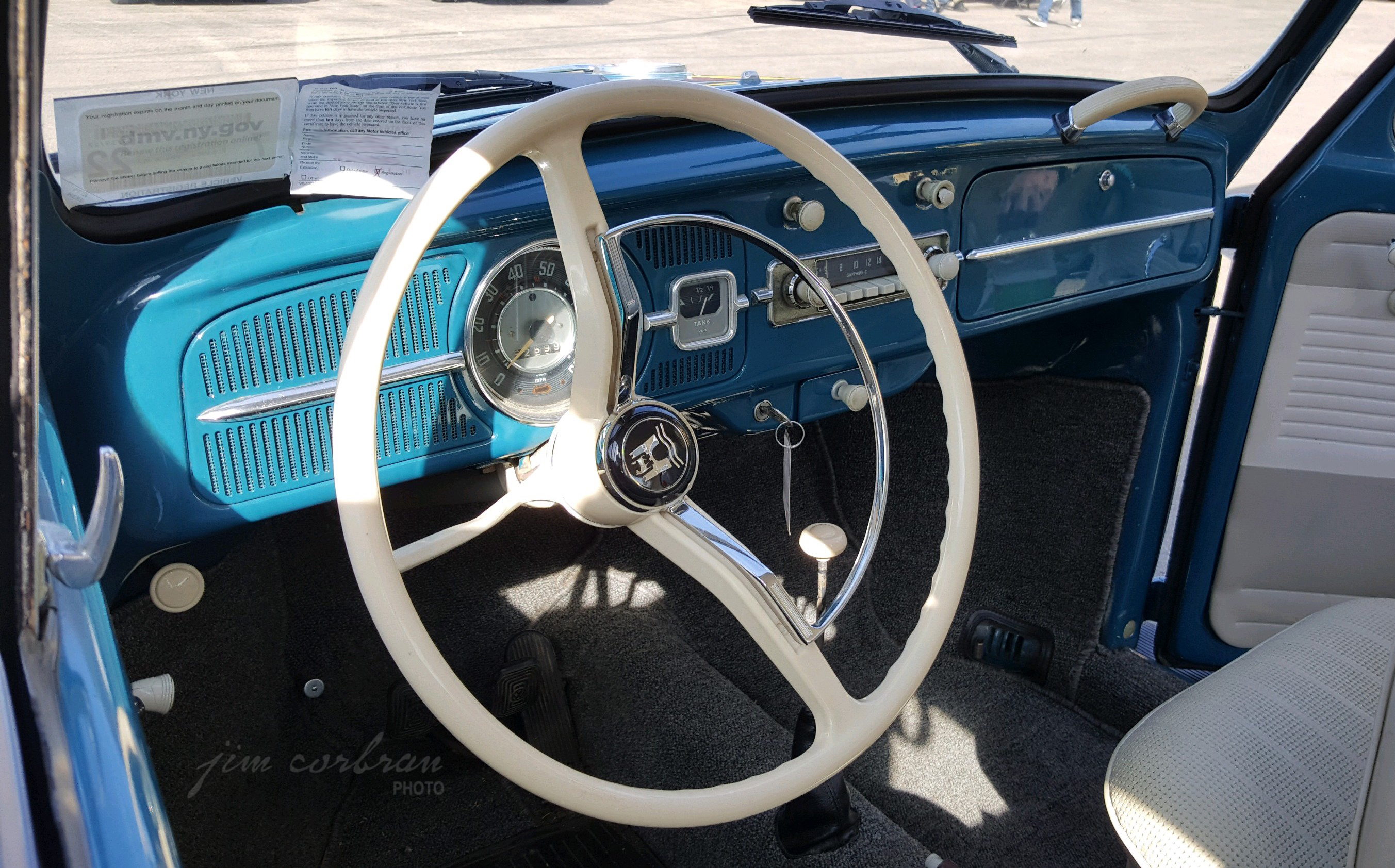 When we came across this 1965 VW at last fall’s final Big Indian car cruise in Irving, we never guessed it belonged to Gowanda’s Steven Botsford. The last time we ran into him he had a ’63 Sedan DeVille, which is pretty much the polar opposite of the Beetle. (Check our back posts for some of his other interesting rides.) He told us this one had recently been purchased from a seller in San Diego who is originally from WNY. Seems you can’t escape ex-pats no matter what you’re doing!