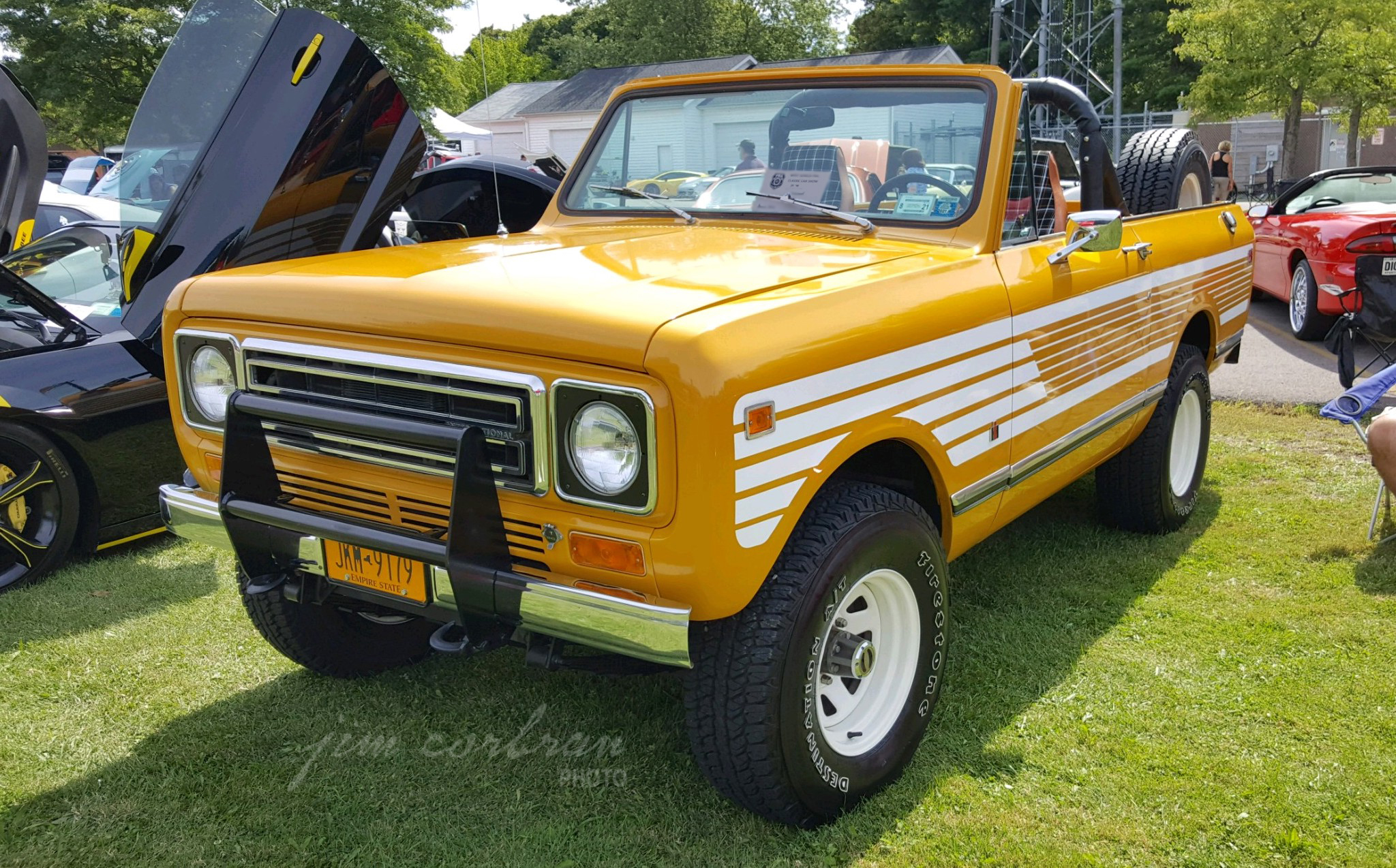 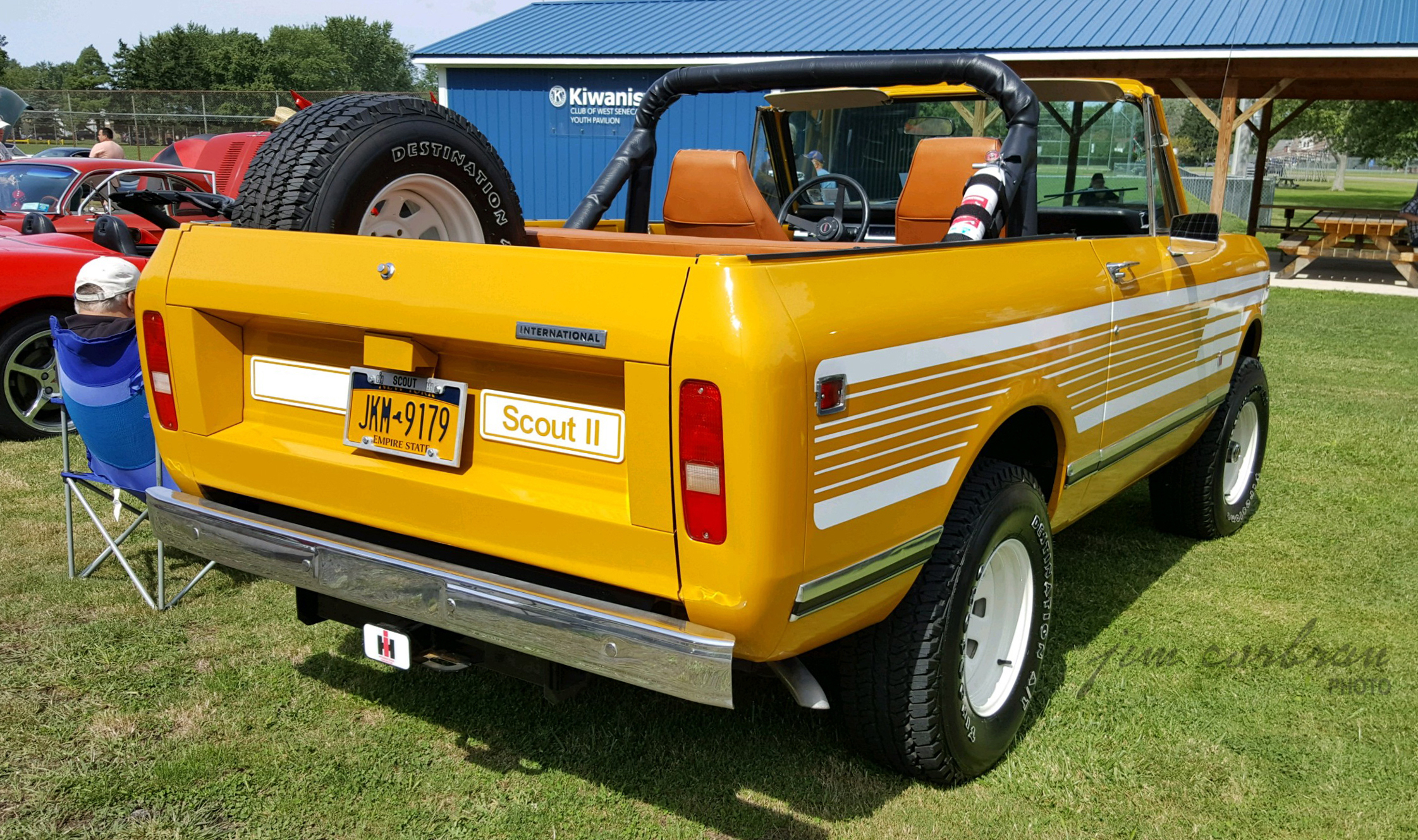 Back when this 1979 International Scout II was new, it was another alternative to a Jeep, Ford Bronco, or Chevy Blazer. The Scout II was a bit bigger than the original Scout, but wasn’t quite the behemoth that the Bronco and Blazer had become by then. According to the paint sample sheet (below) this one appears to be Rallye Gold, and it certainly stood out from the crowd at last summer’s Taste of West Seneca car show (without The Taste part) behind the town hall in West Seneca. The Scout’s nine color choices were a far cry from the 19 available to International’s commercial truck buyers. 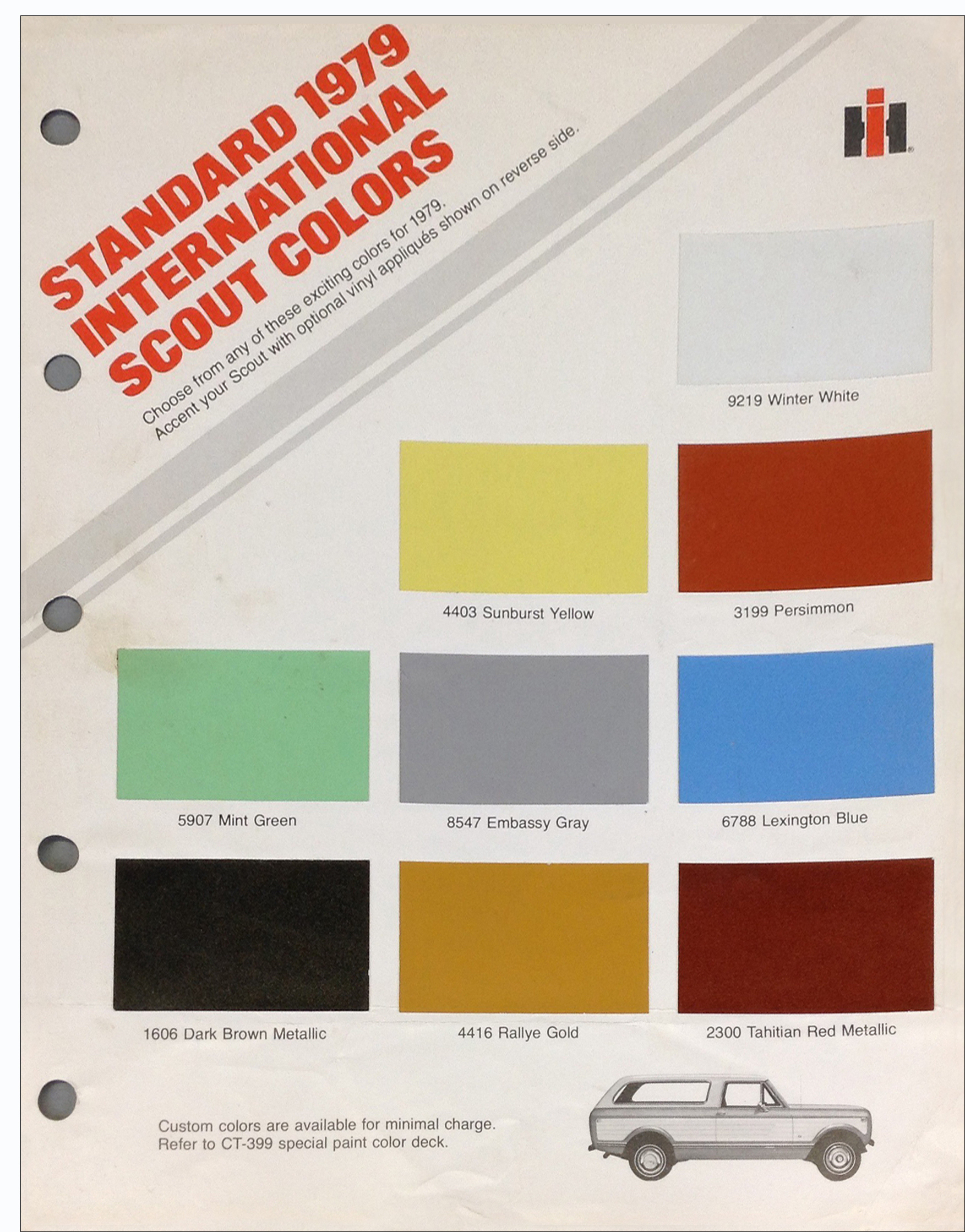