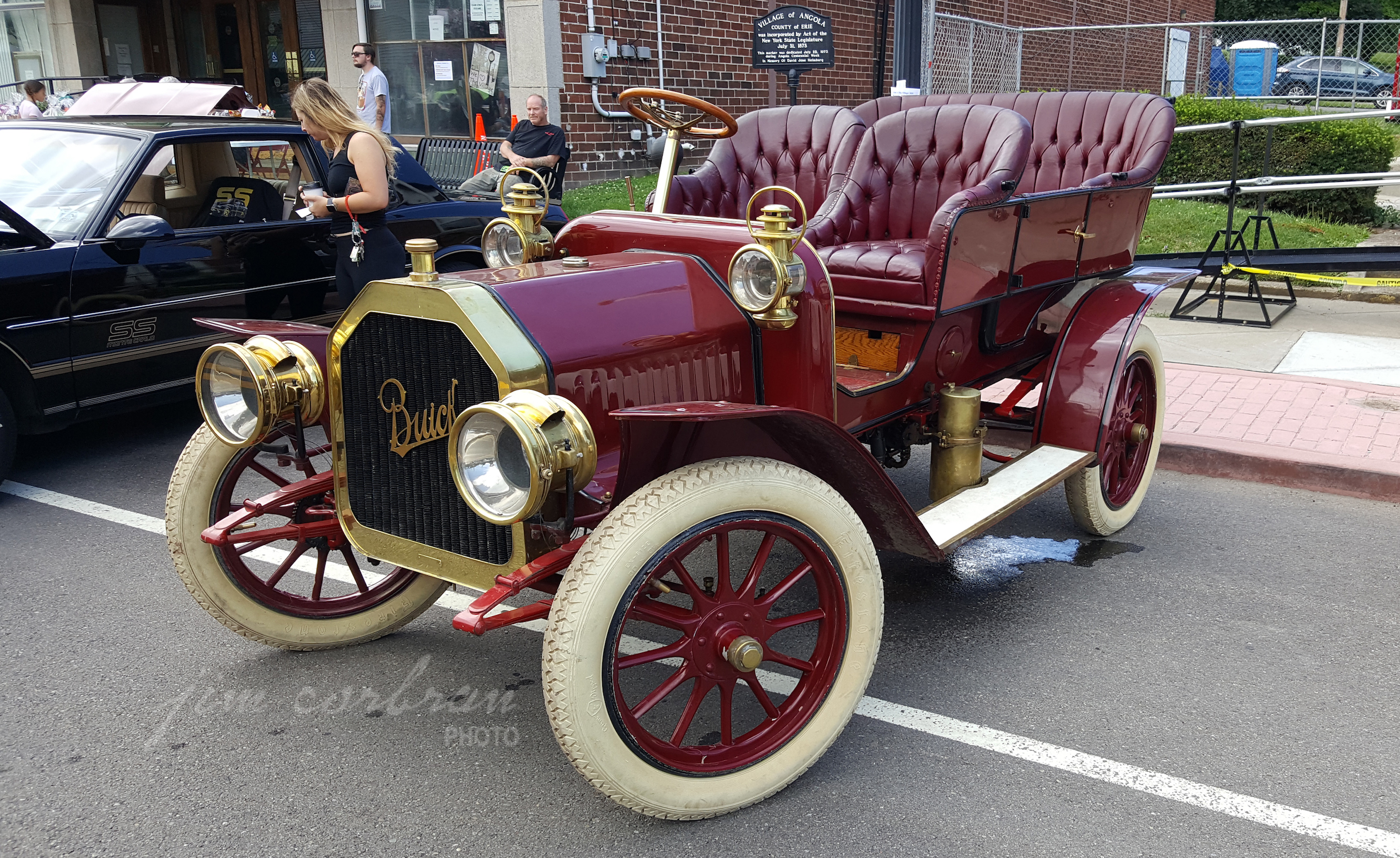 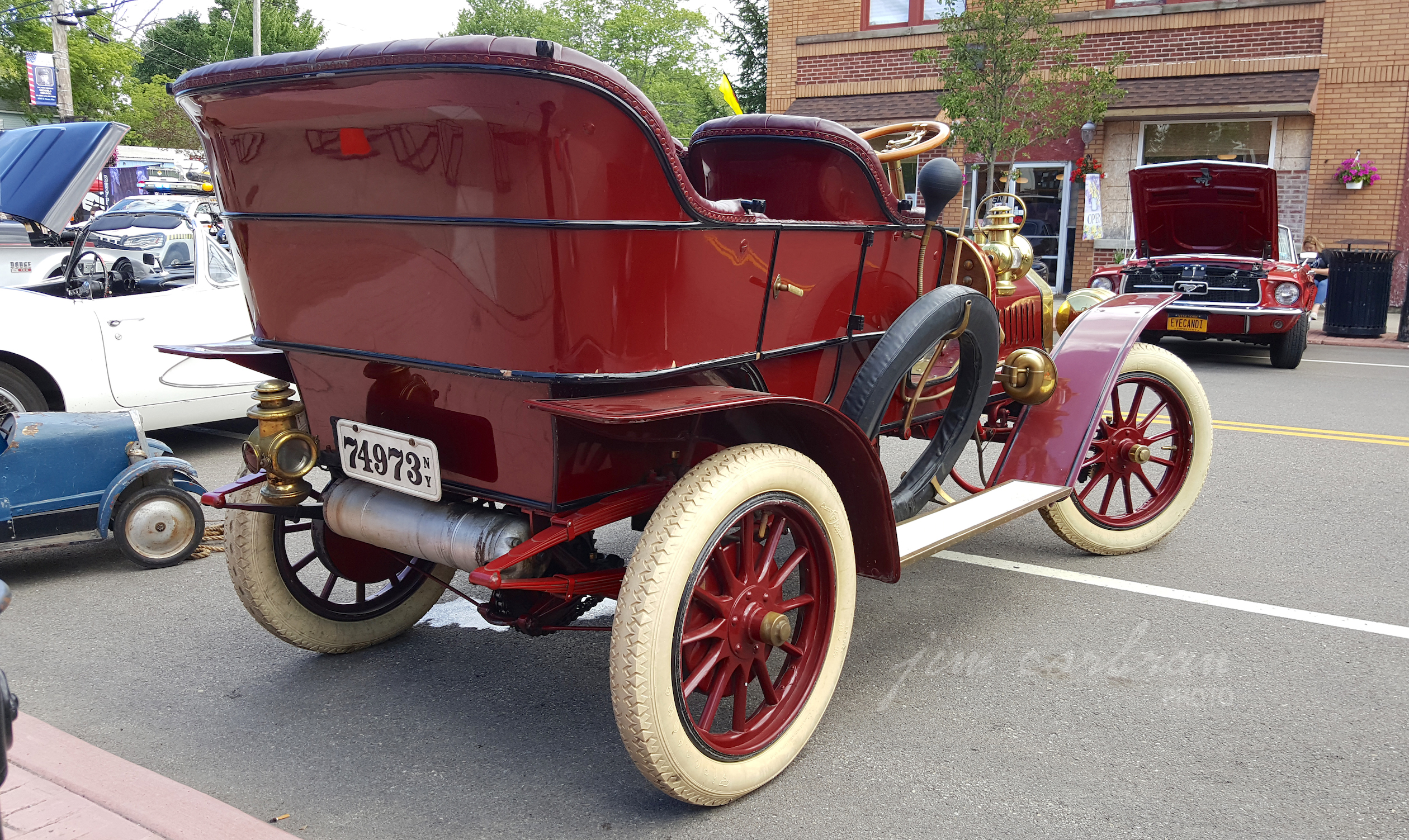 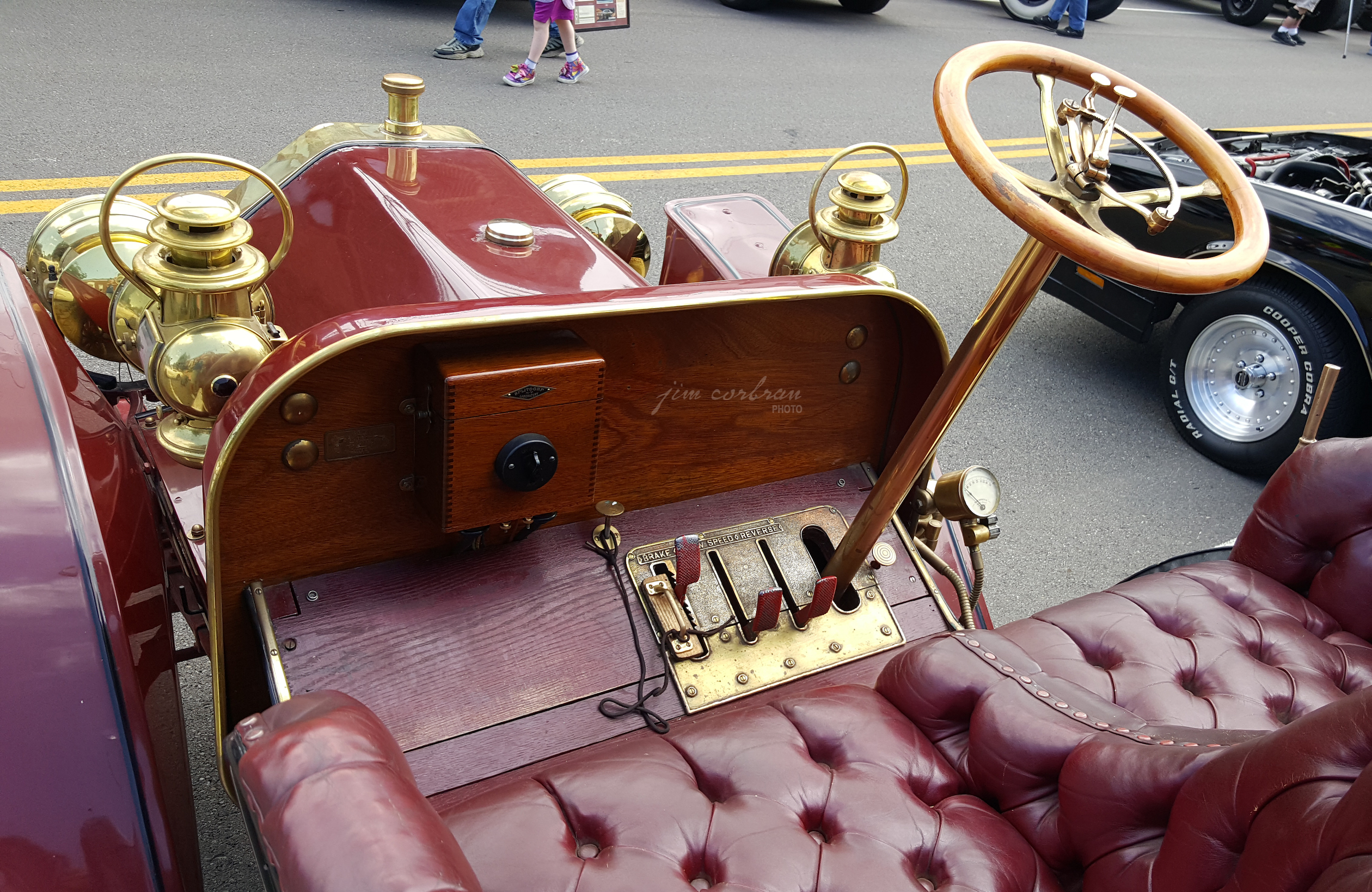 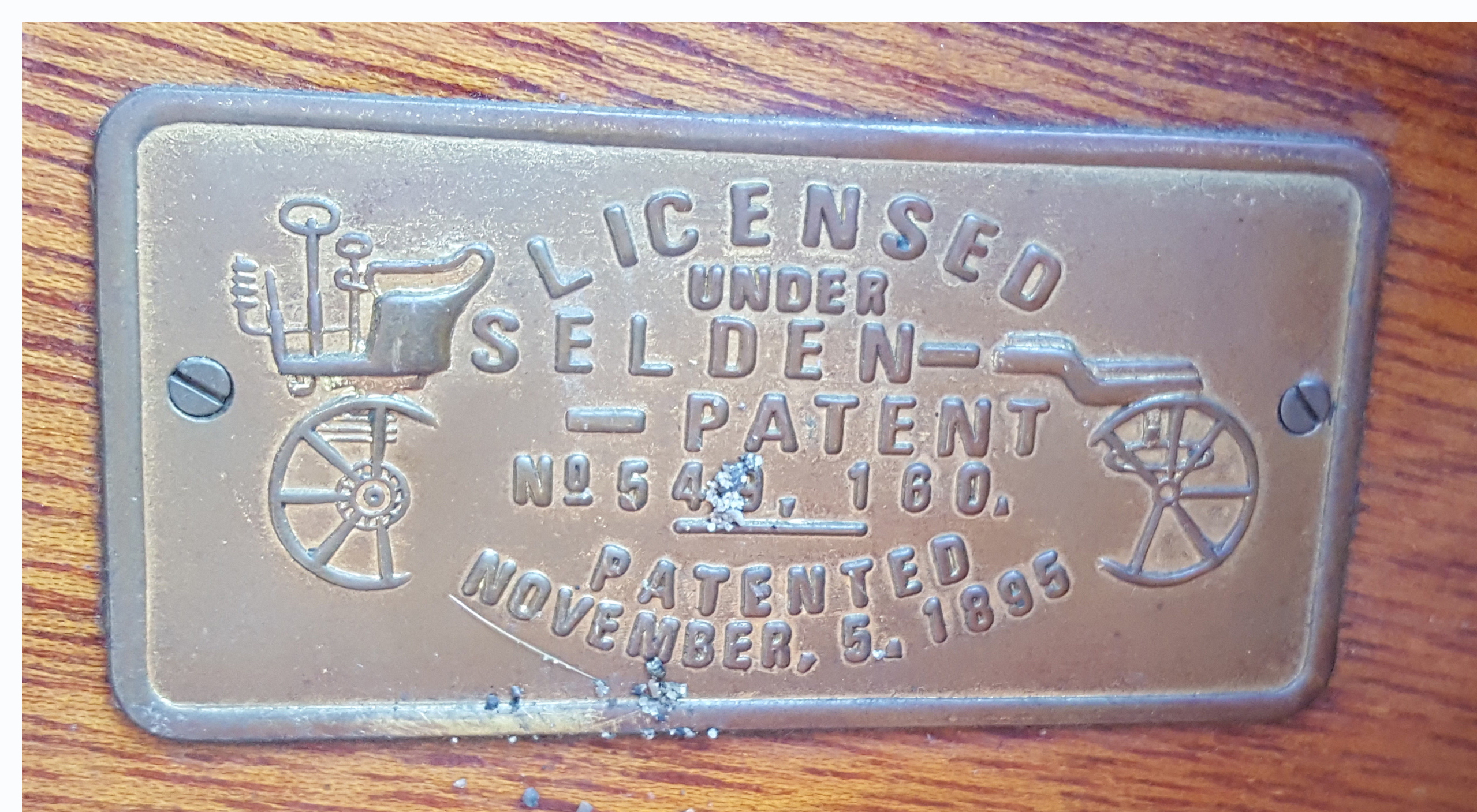 Neighbors of the owner of this 1904 Buick Model F Touring Car filled us in on the car’s production year when we came across it at this summer’s annual car show in the Village of Angola. Other examples we found on the internet had very upright windshields and folding canvas tops, but were otherwise identical to this one — right down to the car’s color scheme and the white tires. Others which also seemed identical were listed as 1908 models, so it can be very confusing. The plaque you see here tells us that the car was built under the Selden Patent of 1895, which was a motor vehicle construction plan. One of the similar cars we found online had a second plaque (bottom photo) indicating its radiator was manufactured for Buick in Rome, New York by Long-Turney Manufacturing Co.