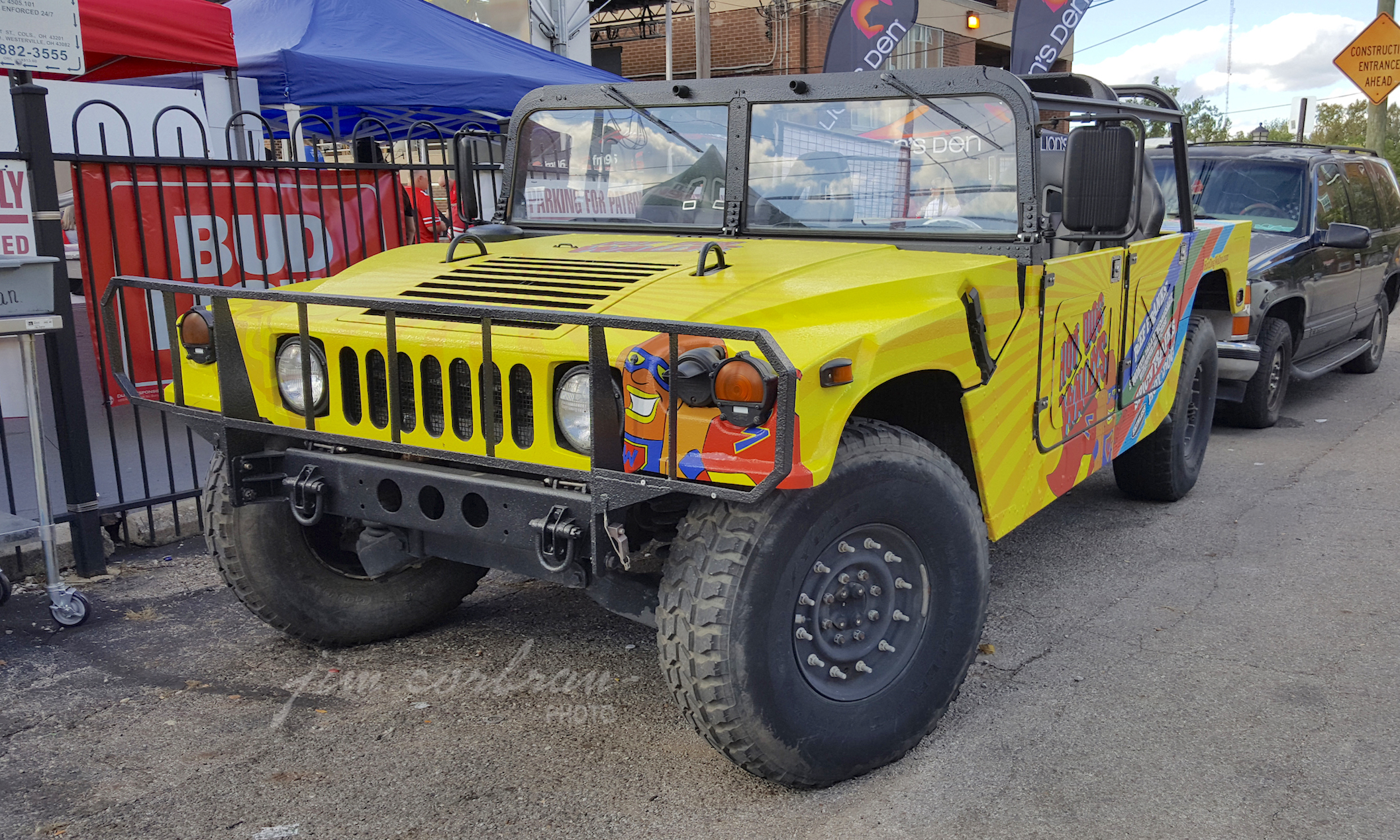 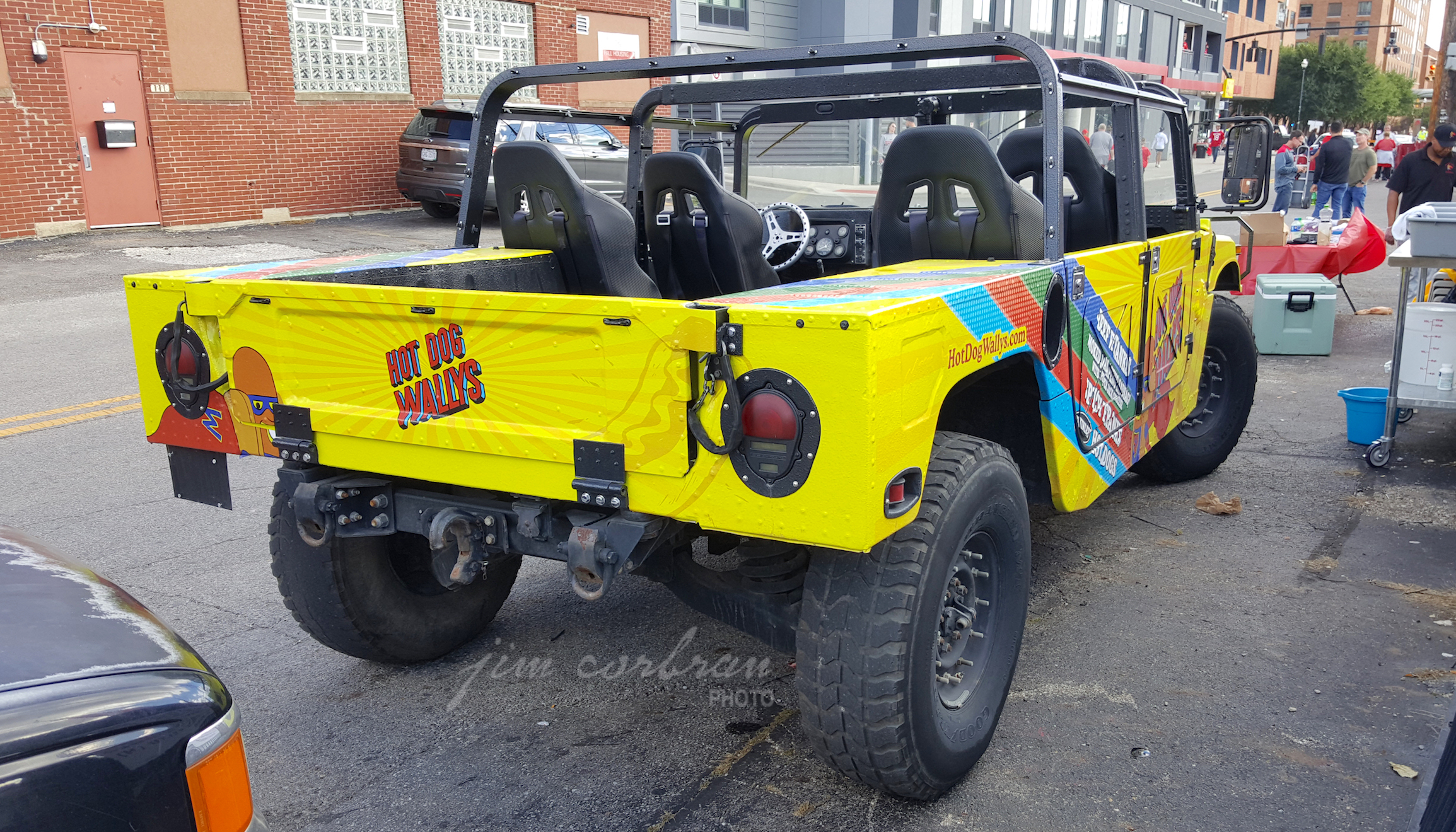 We were privileged enough to meet Hot Dog Wally himself back in late September when we were in Columbus, Ohio on the campus of The Ohio State University for a tailgate party during the Ohio State/Akron football game. When asked about the gas mileage his 1993 AMG Hummer gets, he only laughed. He then jokingly threatened to charge me for taking photos, Lol… Luckily it’s not wearing a set of plates. It's used for promotional purposes mainly because it does stand out in a crowd. Hot Dog Wally’s is just a block or so from the (almost) 105,000-seat Ohio Stadium where the Buckeyes play their home games, so you can imagine how crowded it gets on game days. The 4-door soft-top Recruit Series 1993 Hummer had a starting MSRP of $43,950 (which would be over 84 grand today with inflation).