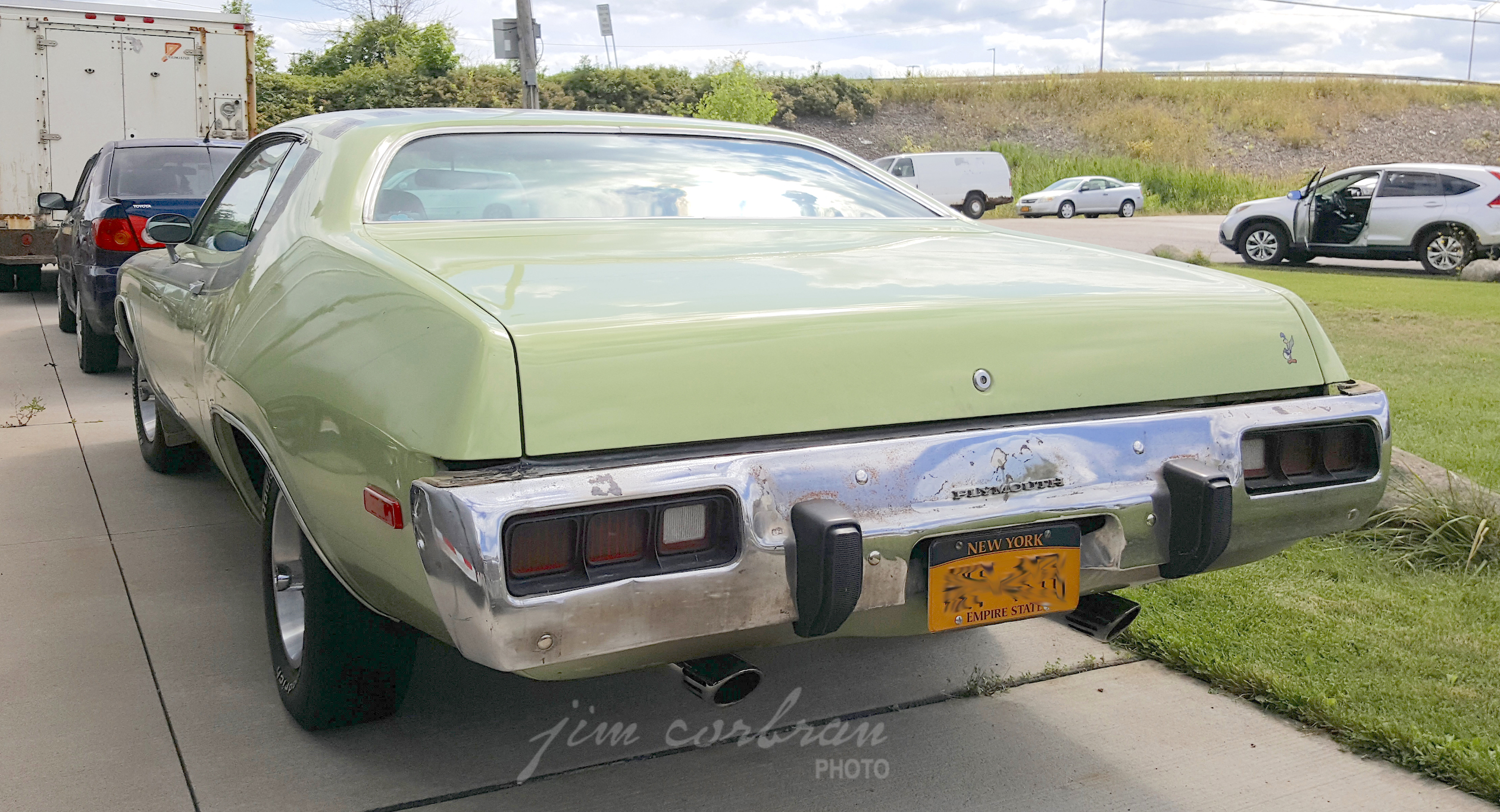 This 1973 Plymouth Roadrunner seems a might bit fancier than the original was when introduced for model year 1968. That first one was based on the barebones-looking Belvedere pillared sport coupe with a Plain Jane interior. The money was spent under the myzqtfs. Hah. I just made you say underwear. The money was spent under the hood, as well as on the suspension and braking components of the car. Oh, and on the iconic the Beep-Beep horn. Halfway through the model year Plymouth got cold feet and added a more posh two-door hardtop to the mix. Then followed convertibles, and the Roadrunner began morphing into a slightly underdone GTX. I like the original idea better. We found this rarely seen (by me) sixth-year Roadrunner last summer in Niagara Falls.