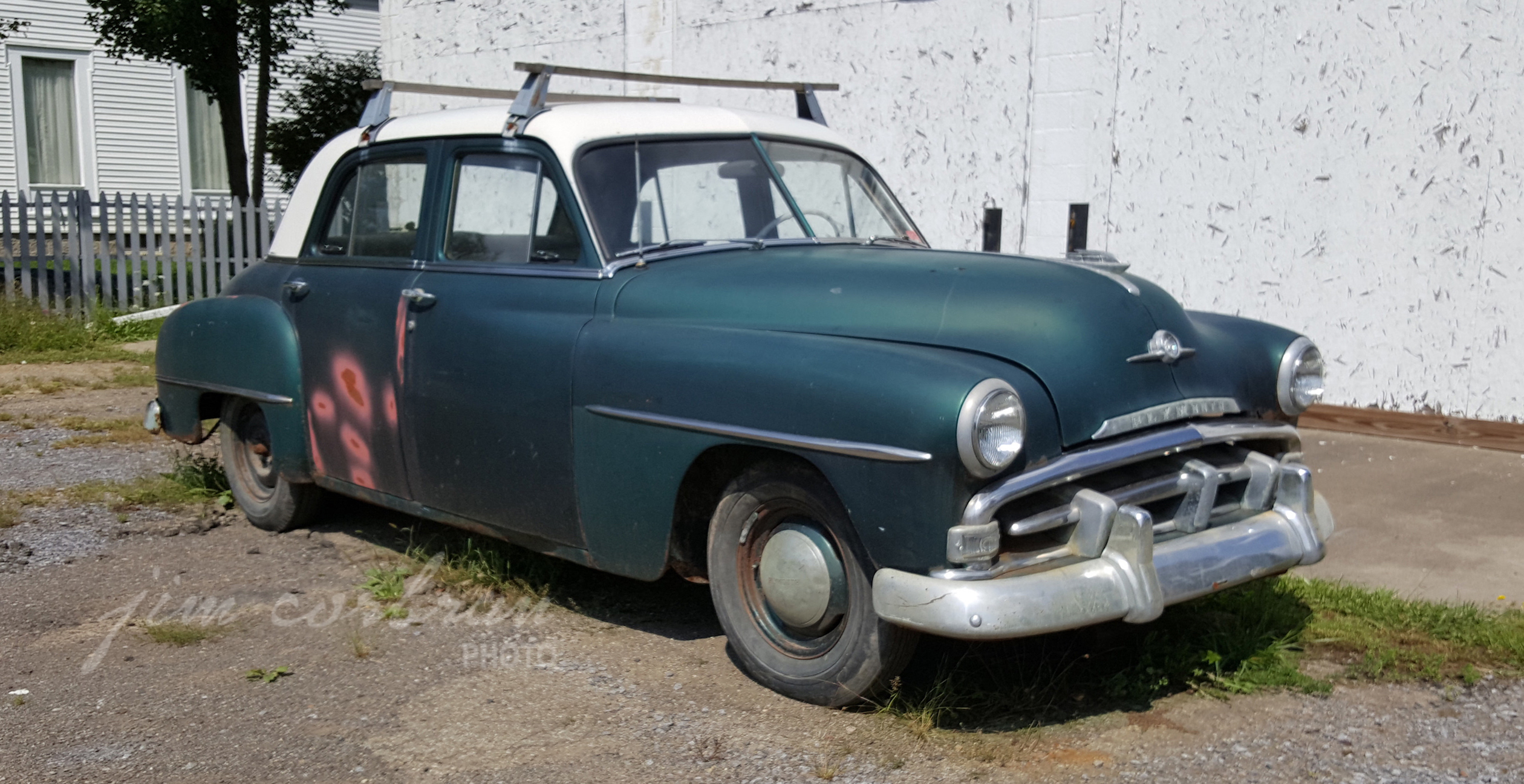 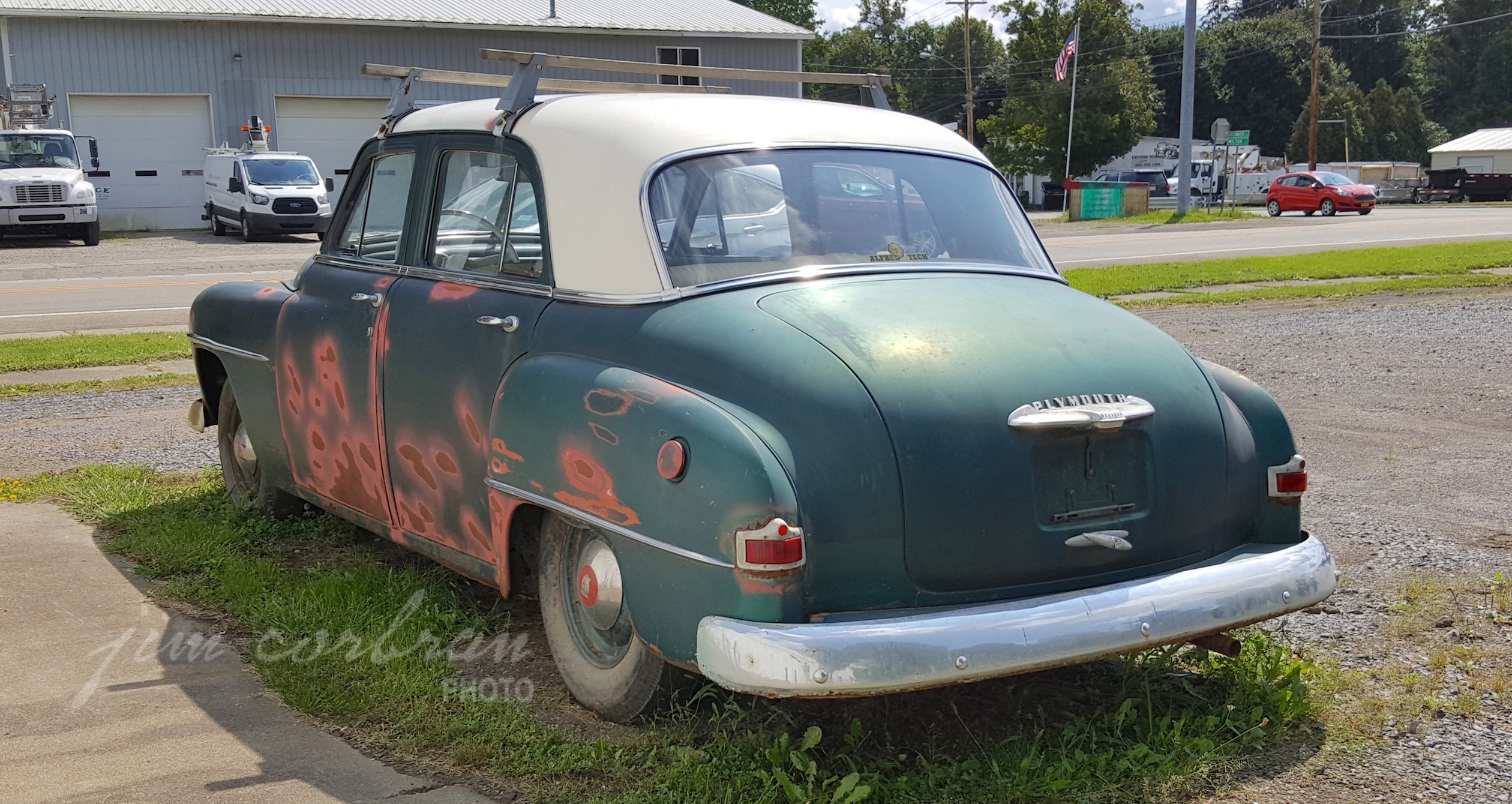 Other than the odd Chevy or Ford here and there, it’s unusual to find a sedan out in the wild from the year of my birth. But this past summer I came across this 1952 Plymouth in a Belmont parking lot. A ’52 Plymouth! With no badging in sight, it’s hard to tell if it’s a Cranbrook, Cambridge, or Concord; but the Concord didn’t offer a four-door model, which just leaves the other two. Take your pick — brochure photos of the exterior seem to show that one of the only differences was the series name badge which would have been located on the front fender. The top-of-the-line Cranbrook four-door was Plymouth’s biggest seller that year with 388,735 produced, so the odds are it’s a Cranbrook.