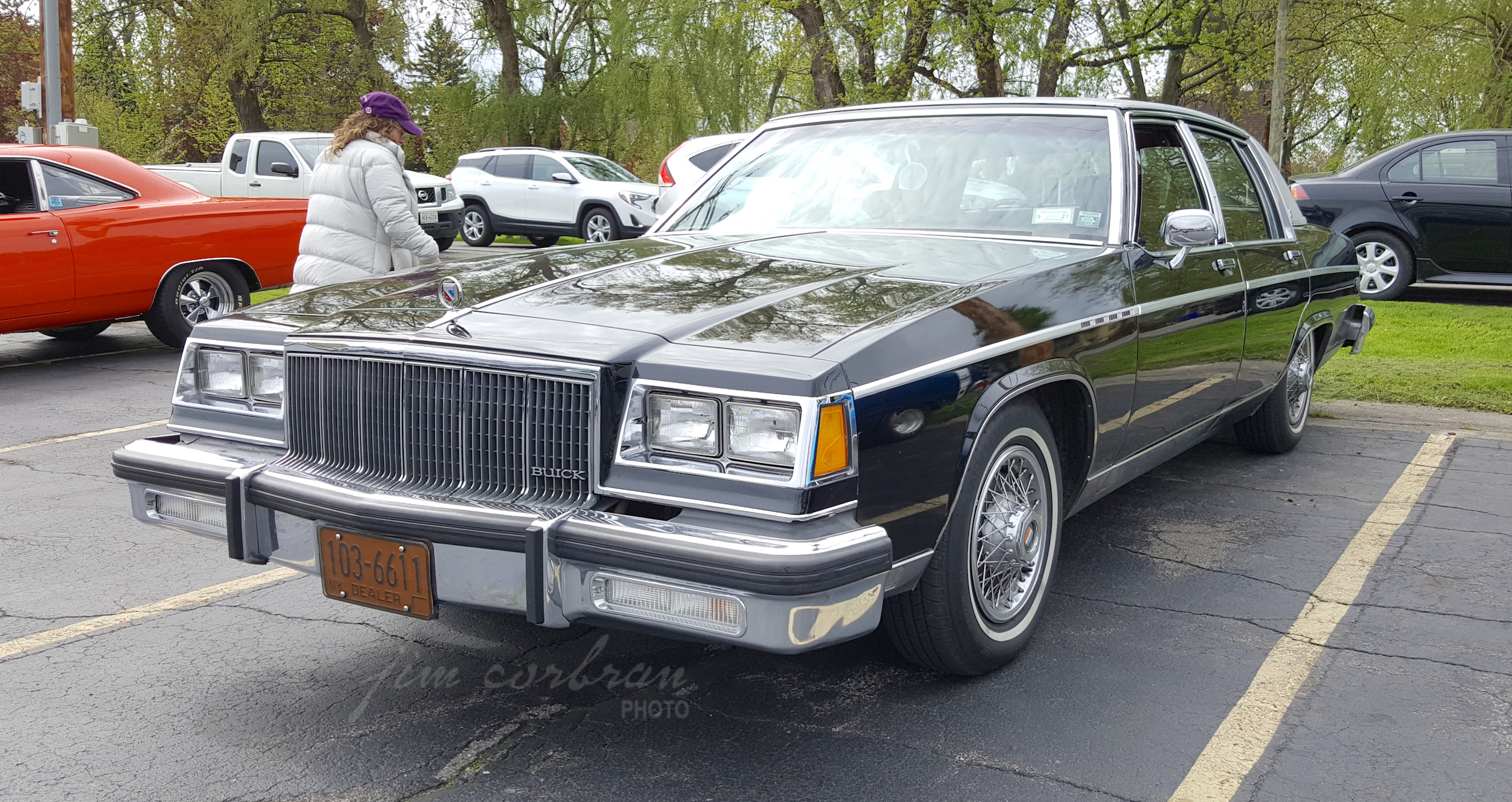 Seeing that this 1982 Buick Park Avenue Limited is wearing a set of vintage dealer plates, I’m going to go out on a limb and guess that this isn’t its original owner who showed up with the car at one of last spring’s Cars and Coffee events at Wimbledon Lanes in West Seneca. I would imagine that the original owner, whoever it might have been, would be mighty surprised to see their car sitting amongst the Tri-Fives, rat rods, and others seen at most of these events. And this is the type of car I’ll always head right over to. Who doesn’t appreciate seeing something different every once in a while? Thanks for bringing it!