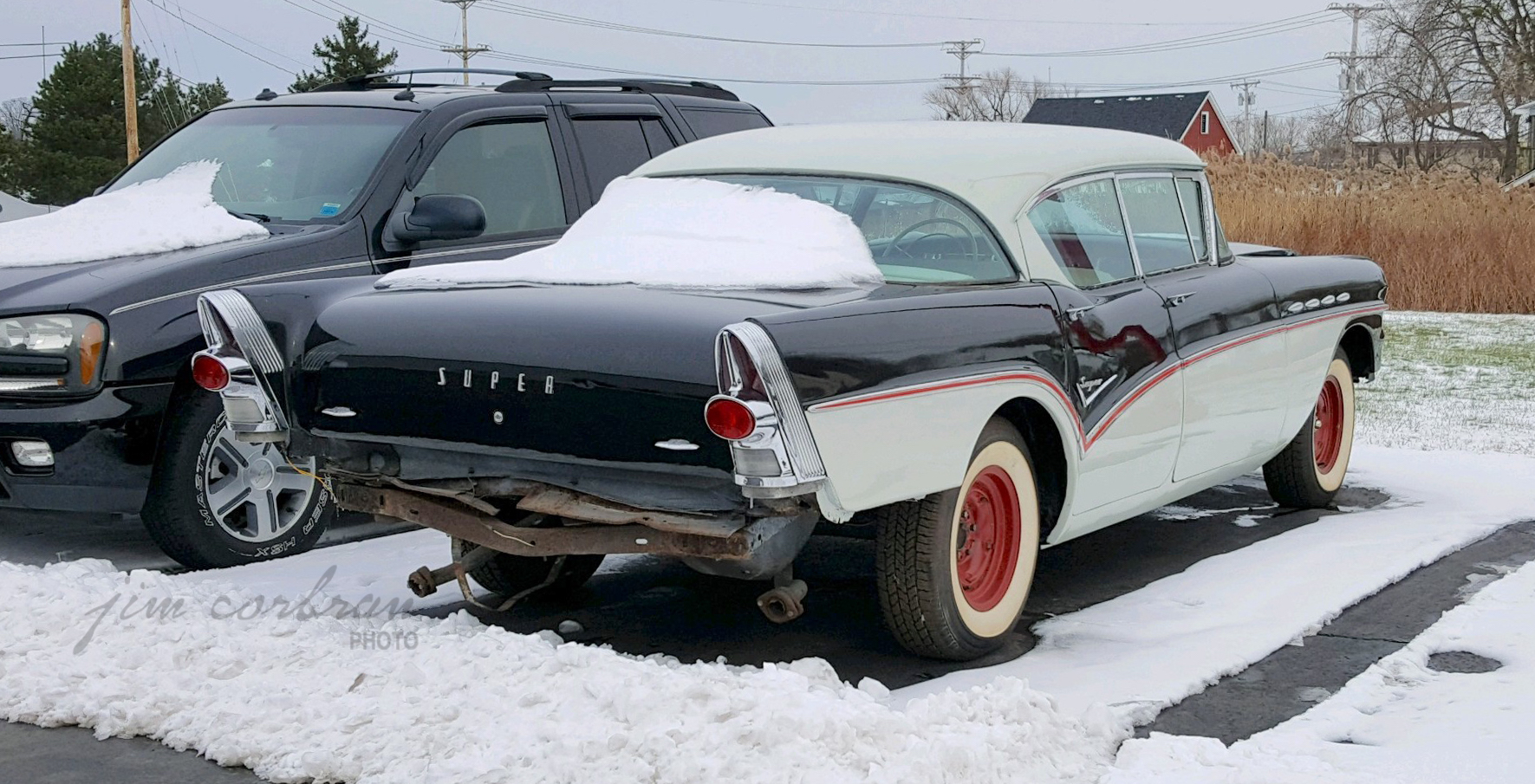 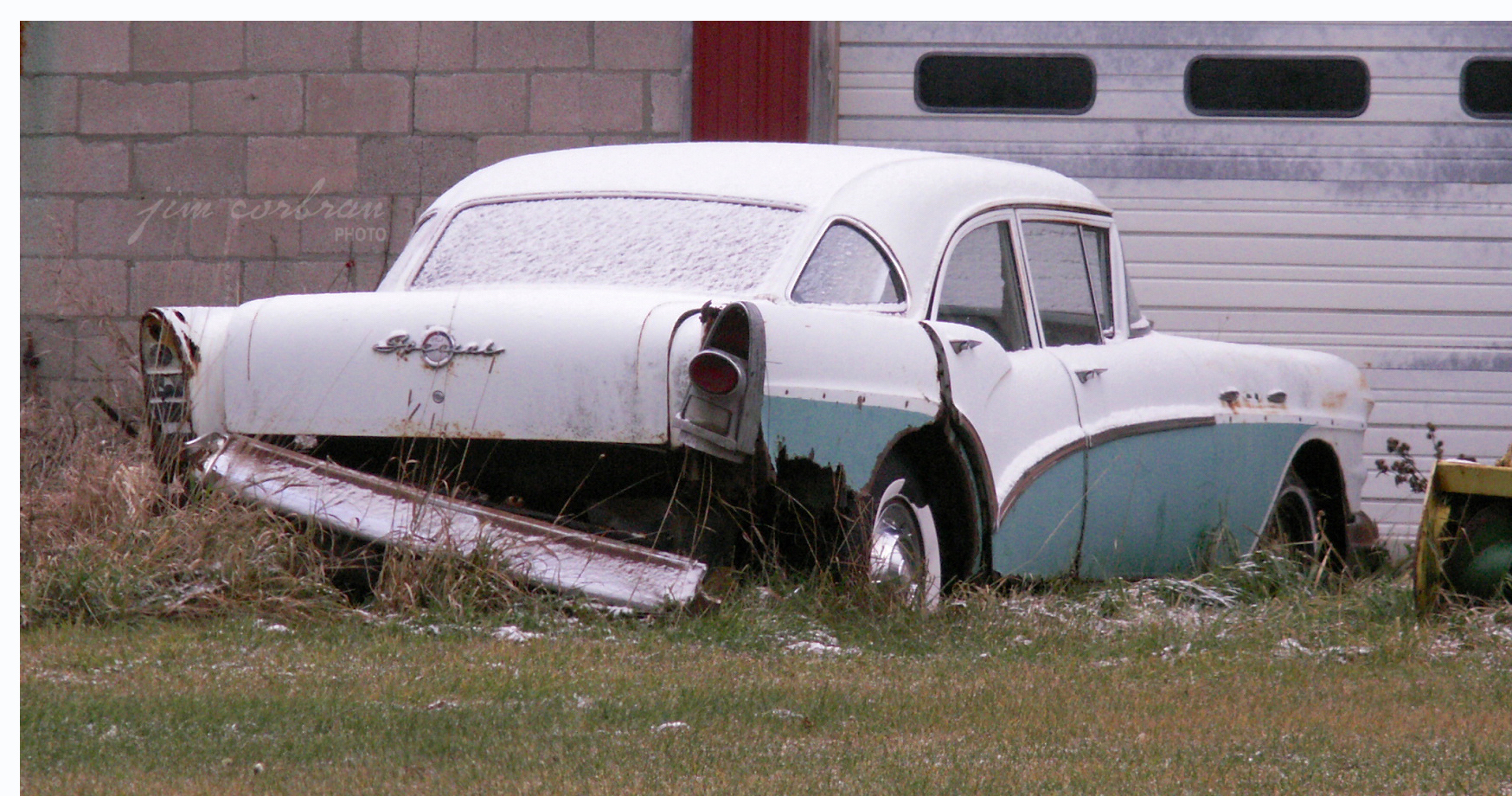 When we came across this 1957 Buick Super just over a year ago in Tonawanda, it quickly reminded us of another ’57 from Flint that we photographed in Farmersville back in 2009 — the Special 4-door sedan in the bottom photo. Was Buick suffering from some sort of rear bumper bracket deficiency back in 1957? Lol… The Super was a notch up from the Special in the ’57 lineup; next followed the Century and Roadmaster. The Special and Century rode 122-inch wheelbases, while the Super and Roadmaster wheelbase spanned 127.5 inches. What made the Super a Super? One wag in Wikipedia tells us it’s the fact that it rode on the longer wheelbase of the Roadmaster, while being powered by the smaller engine of the Special. Yes, and don’t forget the haughty four-ventiports on the front fenders, signifying its higher luxury status.