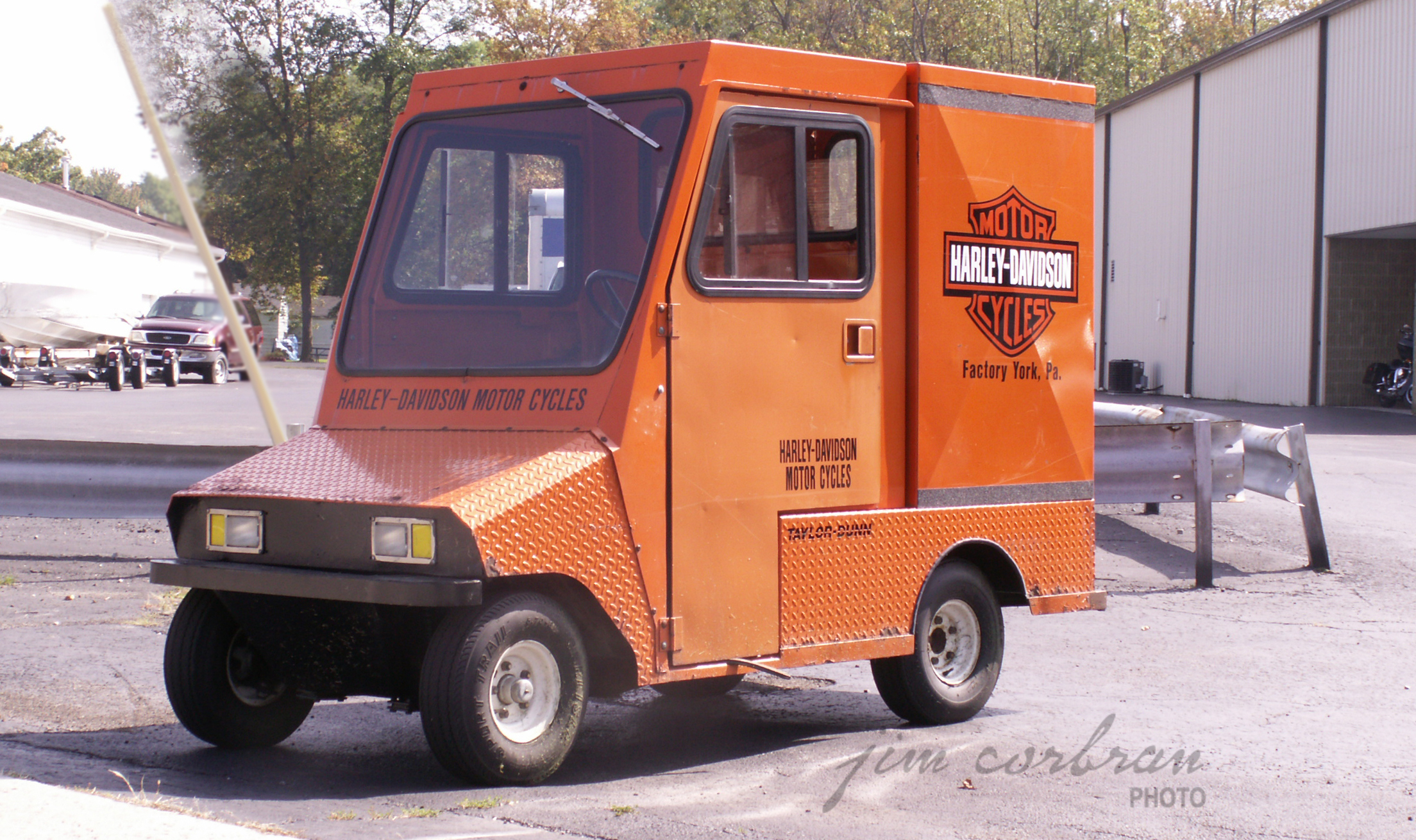 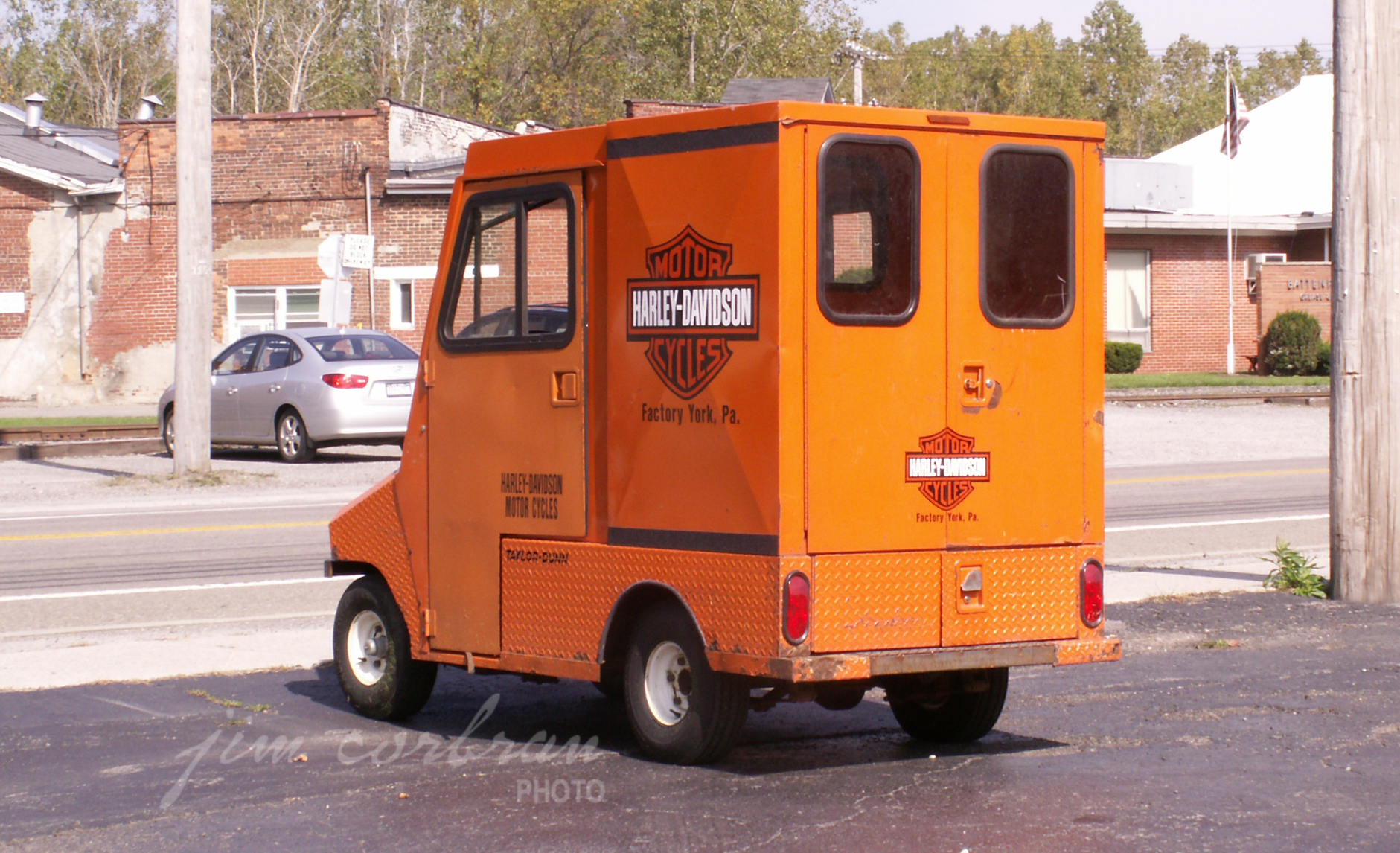 My camera stamped these photos as being taken back in 2004, but that’s highly unlikely (I think it was a recurring battery problem with this long-gone Minolta). It was probably just a year or two ago at the most when we drove past American Harley-Davidson in North Tonawanda and came upon this Taylor-Dunn Roadmaster RO-380 electric van sitting out front of the dealership. It’s sporting the livery of the York, Pennsylvania H-D factory, and I’m assuming it was out on some sort of goodwill tour of Harley dealerships. The RO-380 was essentially sold as a “Heavy Duty & Versatile Personnel Carrier” as you can see from the sales sheet below, which also illustrates what most of them probably looked like when they left the factory. Today’s RealRide has definitely had some work done to it! 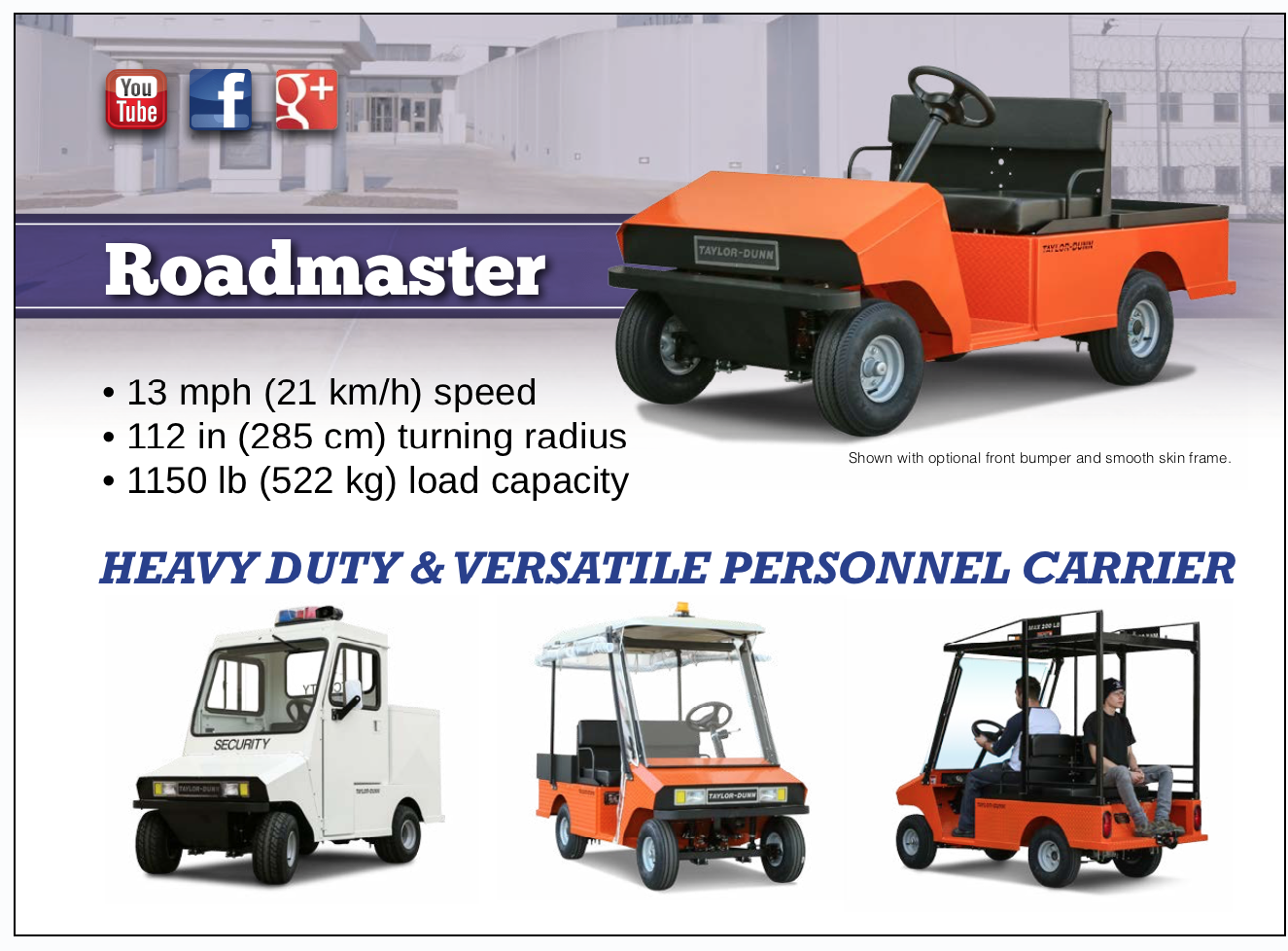