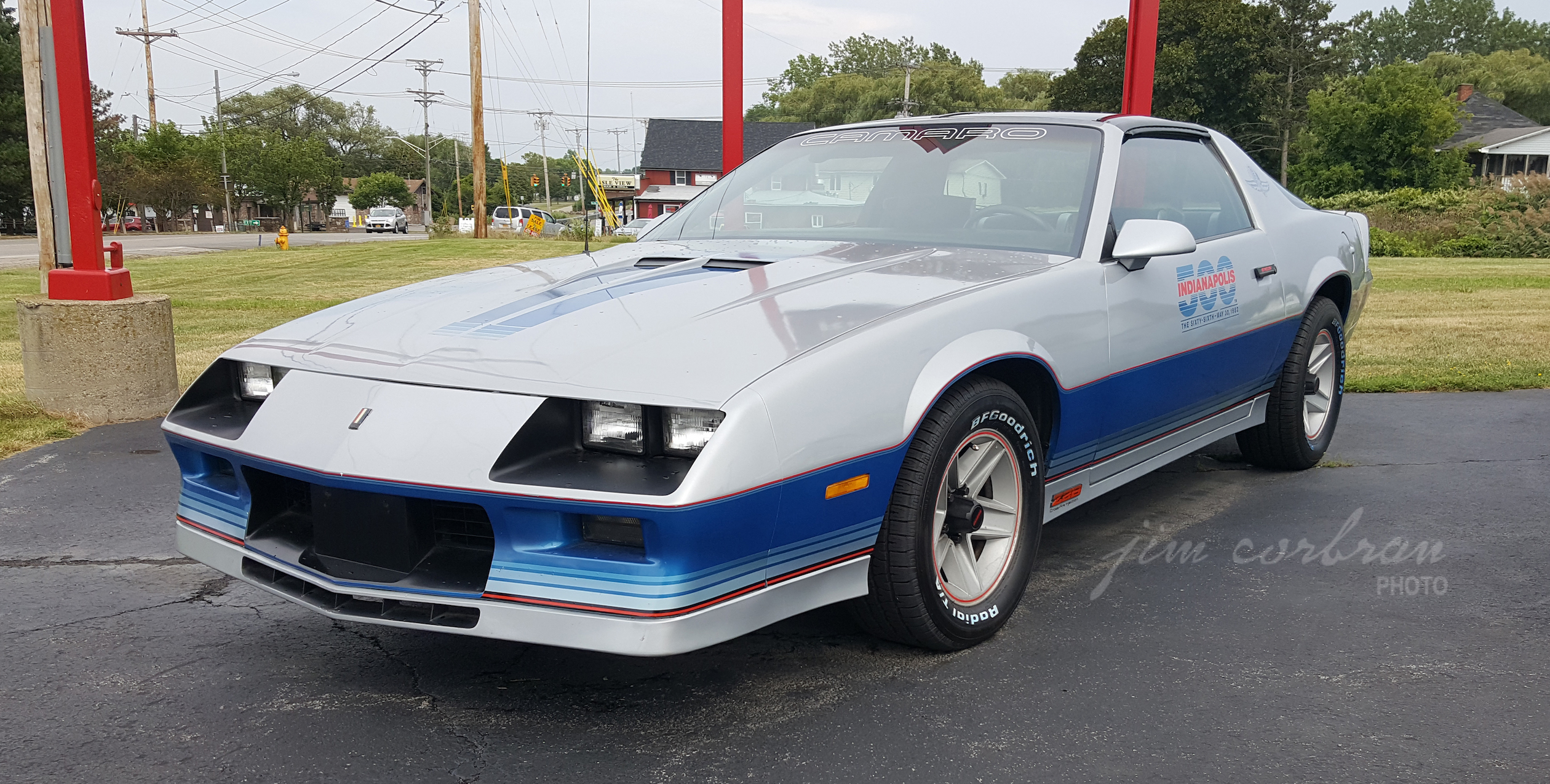 I knew that the annual Indianapolis 500 used to always feature a pace car, which was often made available in replica form to the general public, but I had to check the internet to see if that’s still the case. I guess I haven’t paid much attention these past few years. Turns out that since 2002 all of the pace cars have been Chevrolets — 14 of them Corvettes (including the last five), while another five have been Camaros, and in 2003 it was an SSR pickup. Today’s RealRide is a 1982 Chevy Camaro Z28 Indy 500 Pace Car replica. A period magazine ad told us “This year Chevrolet set the pace at the Indy 500, as 33 of the world’s best drivers chased the shadow of a Camaro Z28 to begin the race.” We saw this one over the summer sitting on a Tonawanda used car lot. (As of this writing it’s still there.)