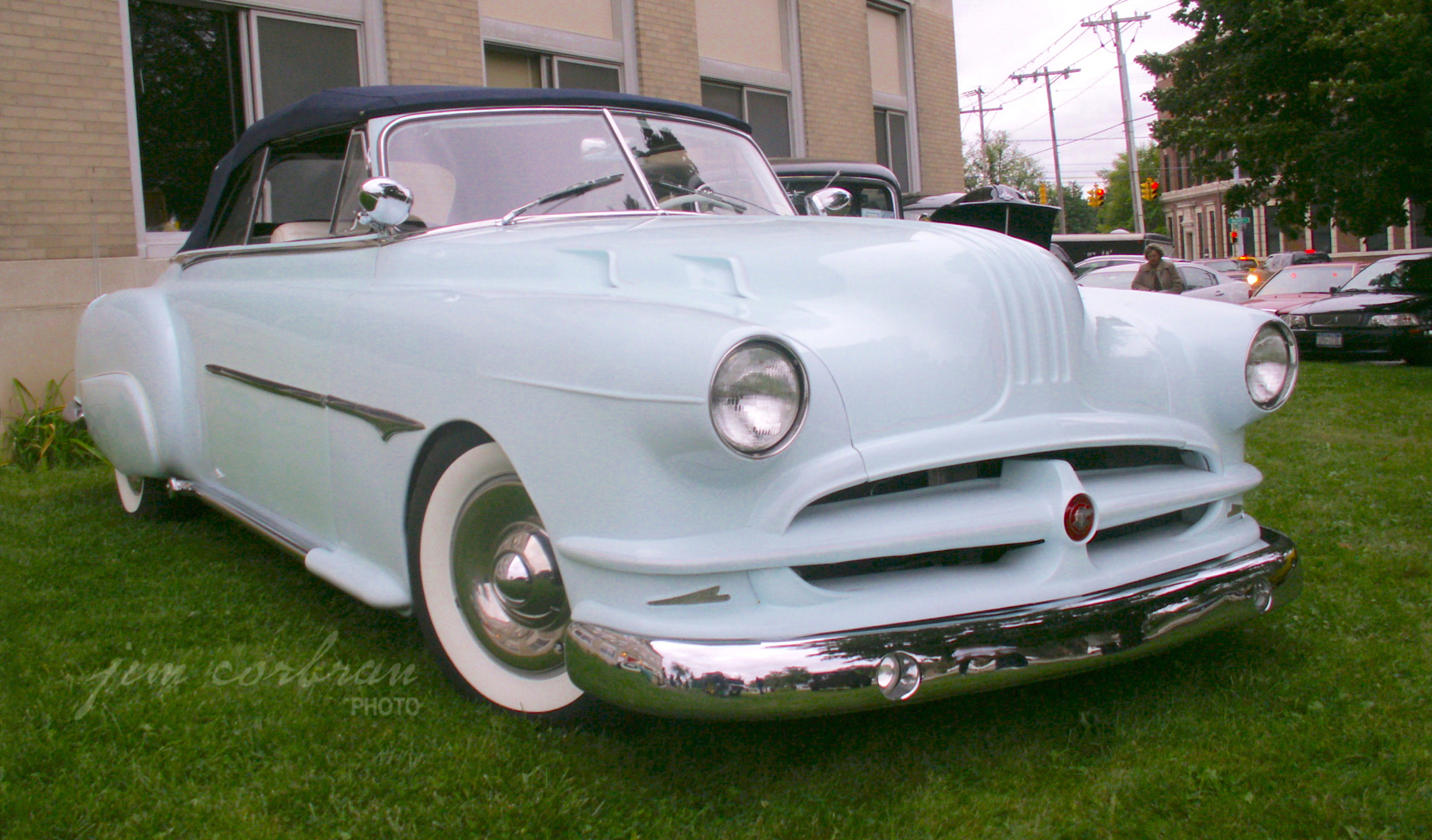 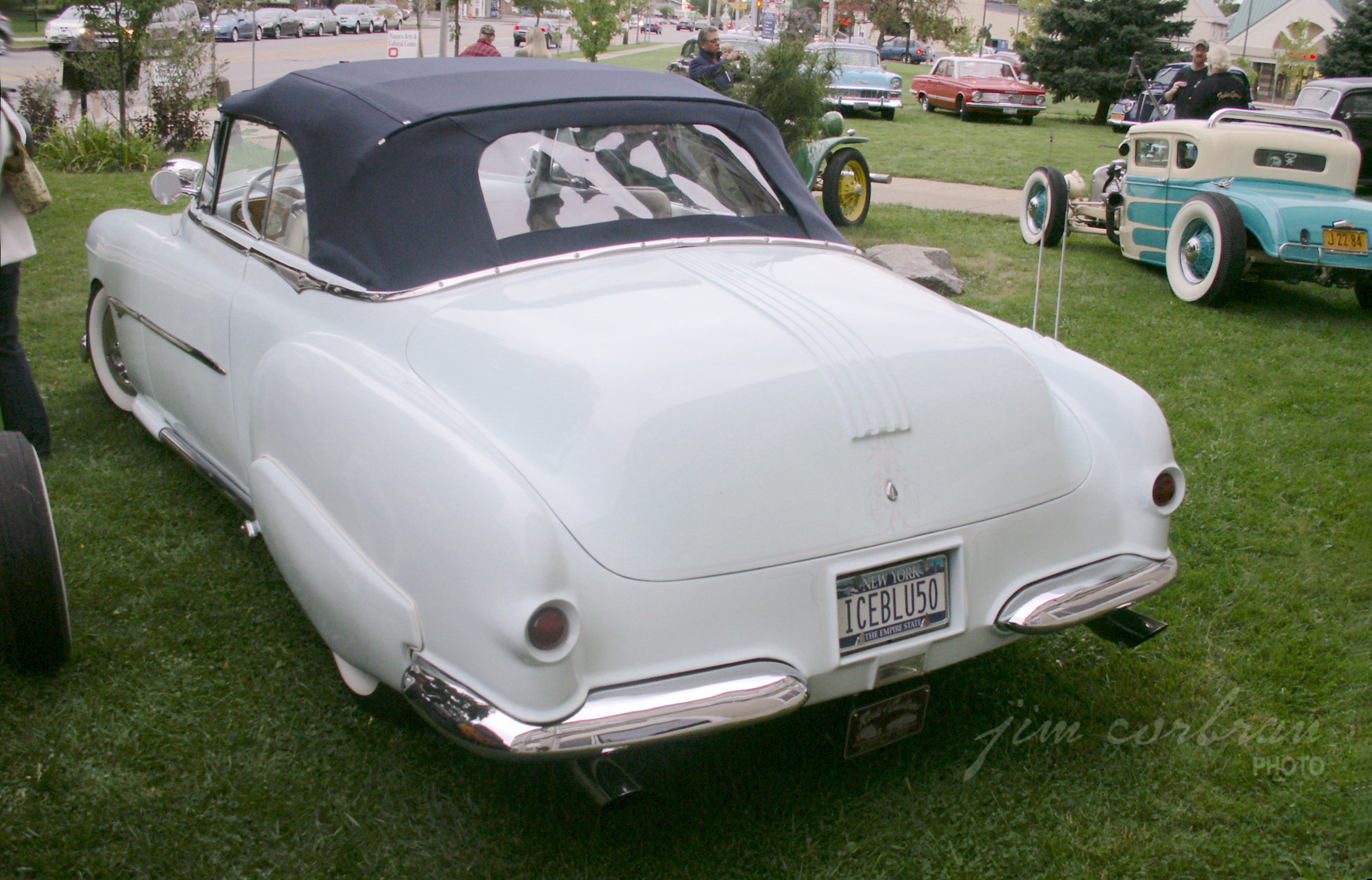 One of the first things Bunkie Knudsen did when he took over the Pontiac Division of General Motors back in 1956 was to remove the signature Silver Streaks from the cars' hoods and trunk lids — a styling cue which had started with the hood back in 1935 and then was also added to the trunk two years later. (Today’s trivia fact: Knudsen was born in Buffalo back in 1912 when his father was working for Ford Motor Company.) Today’s RealRide is a 1950 Pontiac Chieftain De Luxe, which somewhere along the line had its Silver Streaks made-one with the sheetmetal where they were painted body color — in this case, Ice Blue according to the car’s vanity plate. We saw it back in 2013 at a car show at the NACC — the Niagara Arts & Cultural Center in Niagara Falls.