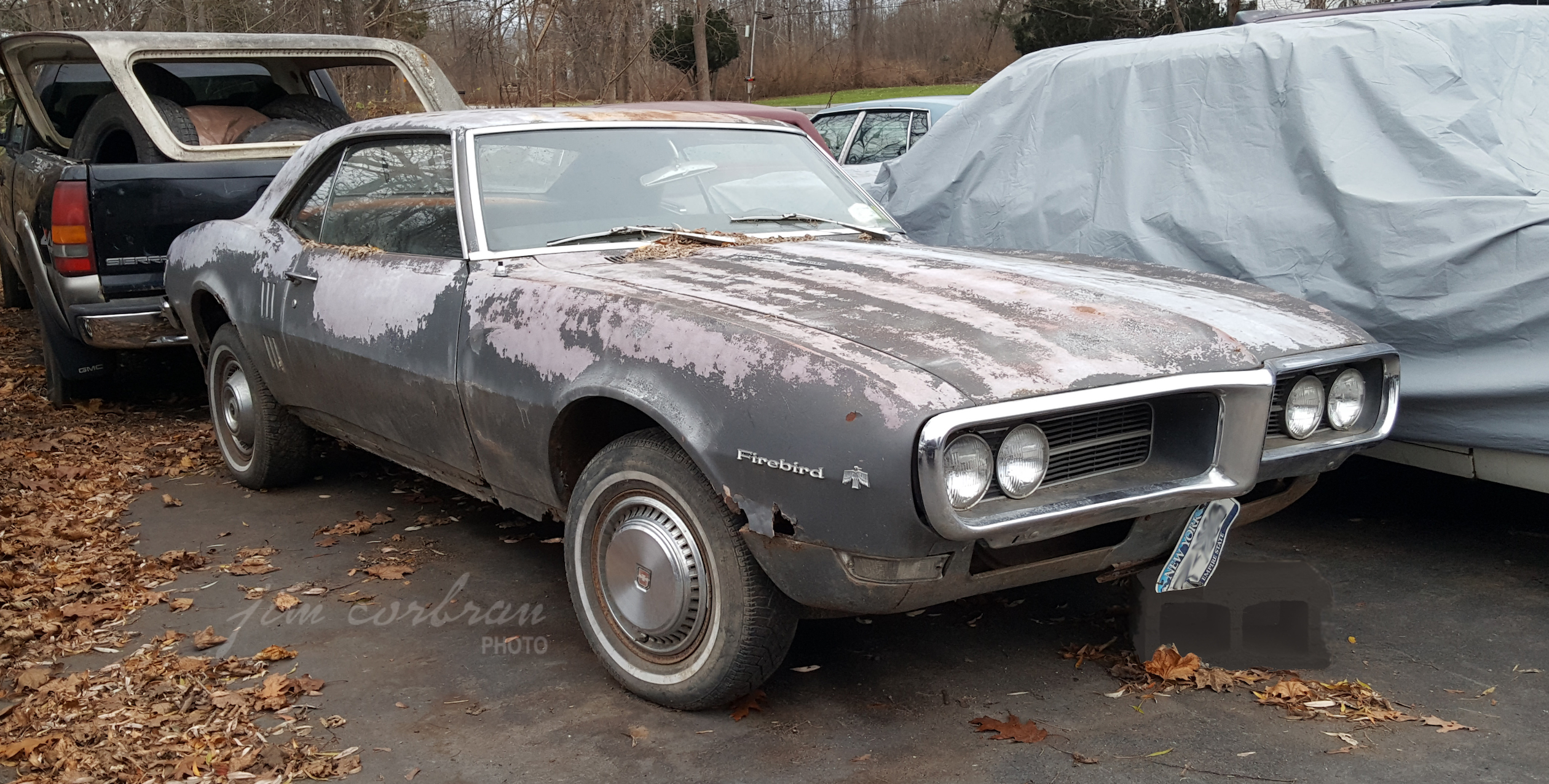 Because in the mid- to late 1960s every North American car manufacturer (seemingly) had to have one or two entries in the burgeoning pony car genre, the Pontiac Motor Division was gifted a lightly disguised version of the Chevrolet Camaro. This 1968 Pontiac Firebird is from the car’s sophomore year. While the Camaro debuted in September 1966 along with the other new ’67 models, Pontiac had to wait another half-year or so before the Firebird hit its showrooms. We came across this one just before Christmas in the hamlet of Millgrove.