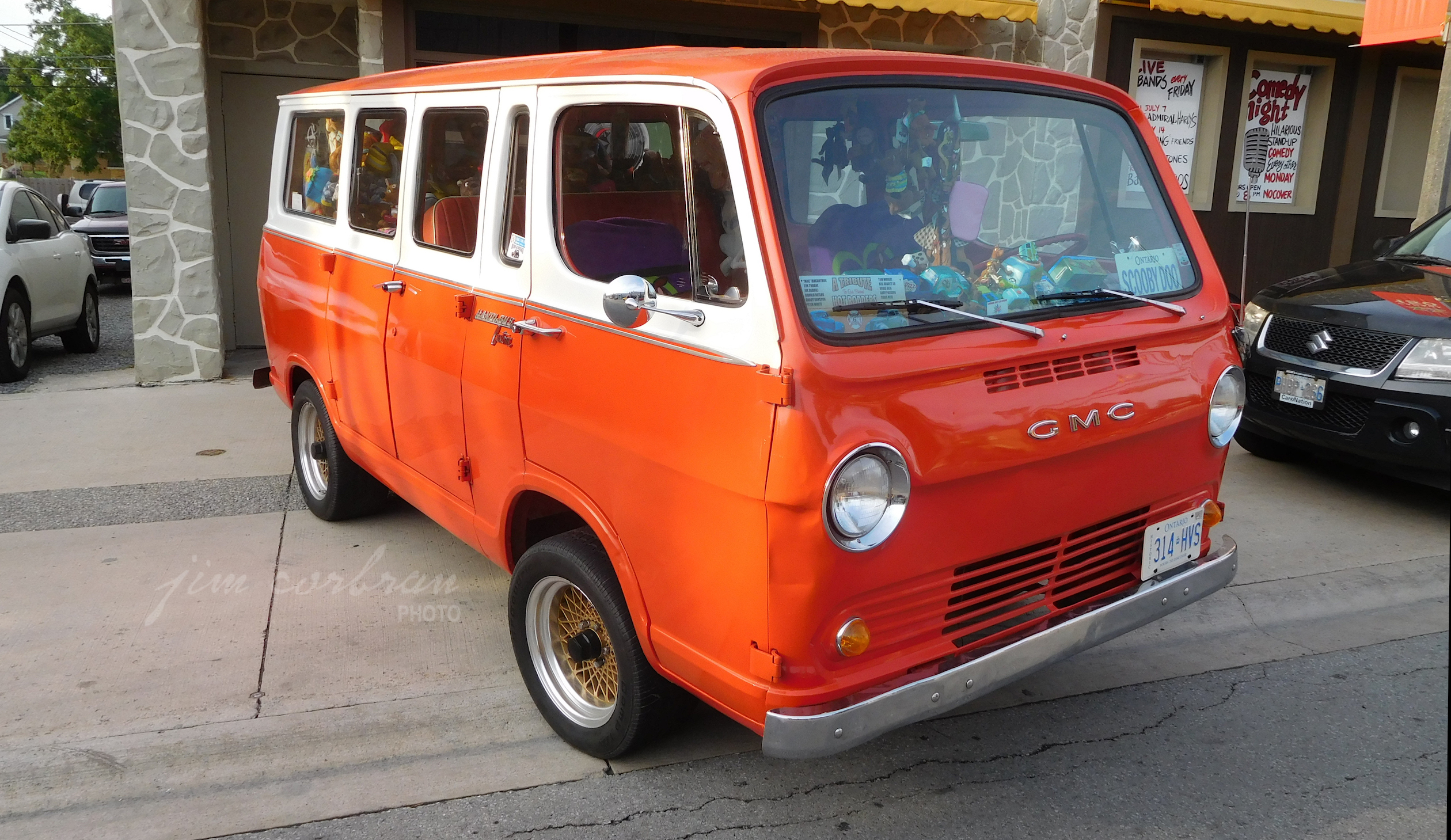 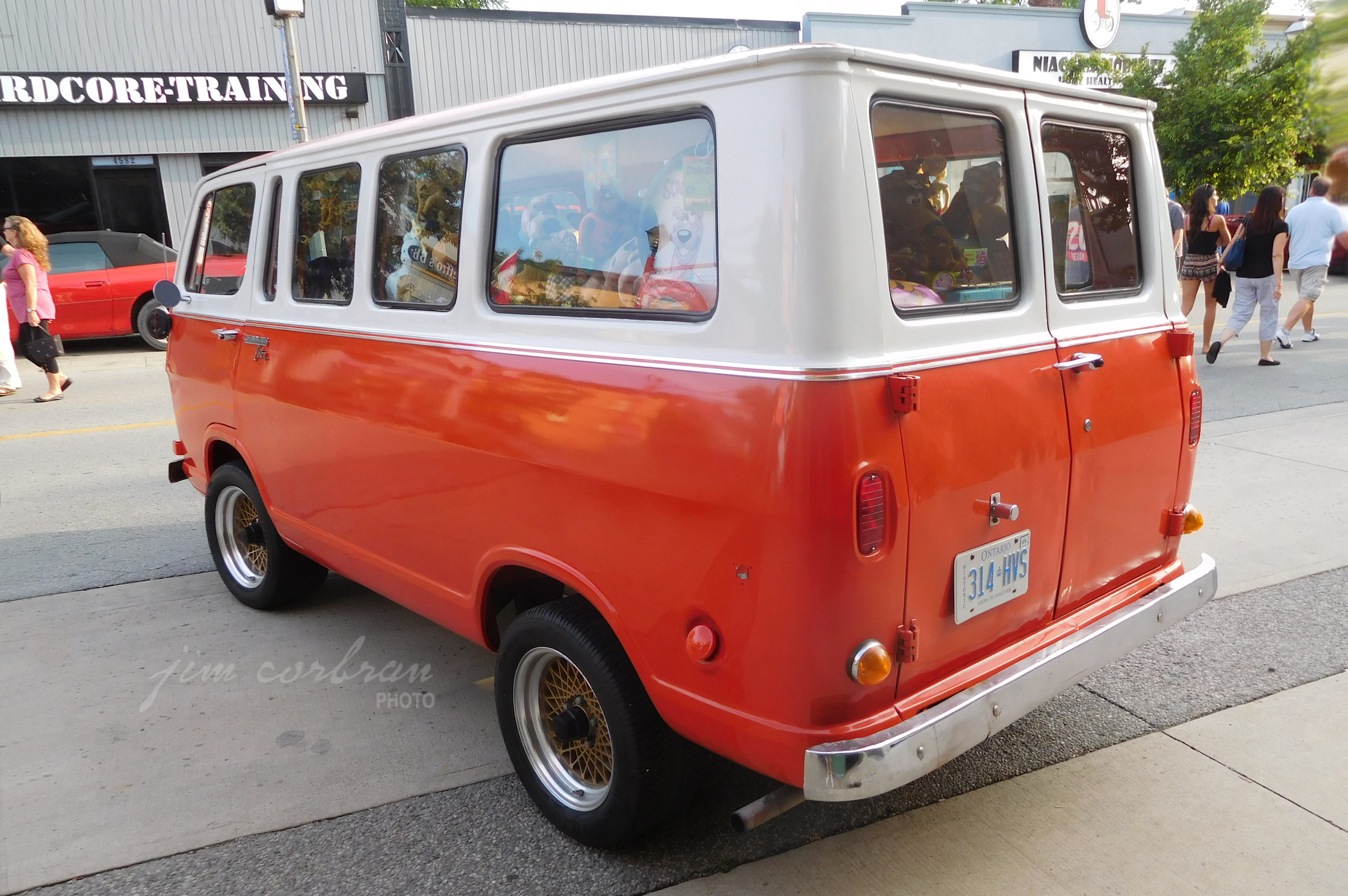 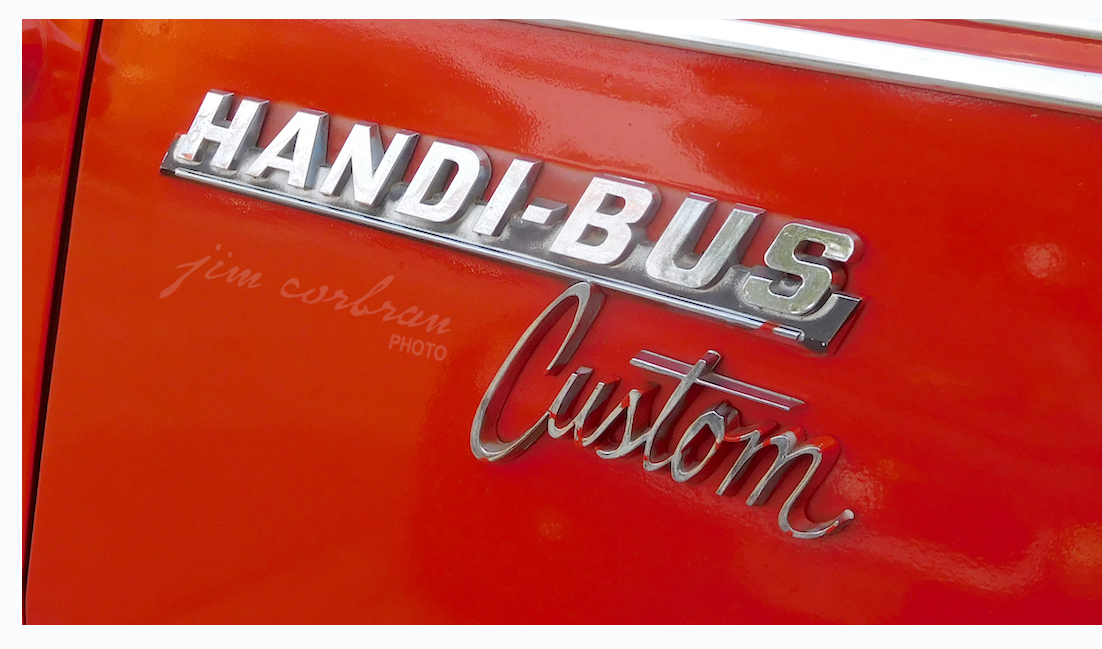 The Sixties were an exciting time if you were a van fan. You had the option of a fully enclosed delivery-type van with no (or minimal) windows on the side, or, in the case of this 1965 GMC Handi-Bus Custom, you could have windows all around and three rows of seating. The delivery version was called Handi-Van. And in the great General Motors tradition, there were nearly identical versions sold as Chevrolets — with windows they were called the Sportvan, while the delivery version wore the rather unimaginitve moniker Chevy-Van. We came across today’s RealRide back in the summer of 2017 at a Cruising On the Q cruise night on Queen Street in Niagara Falls, Ontario.