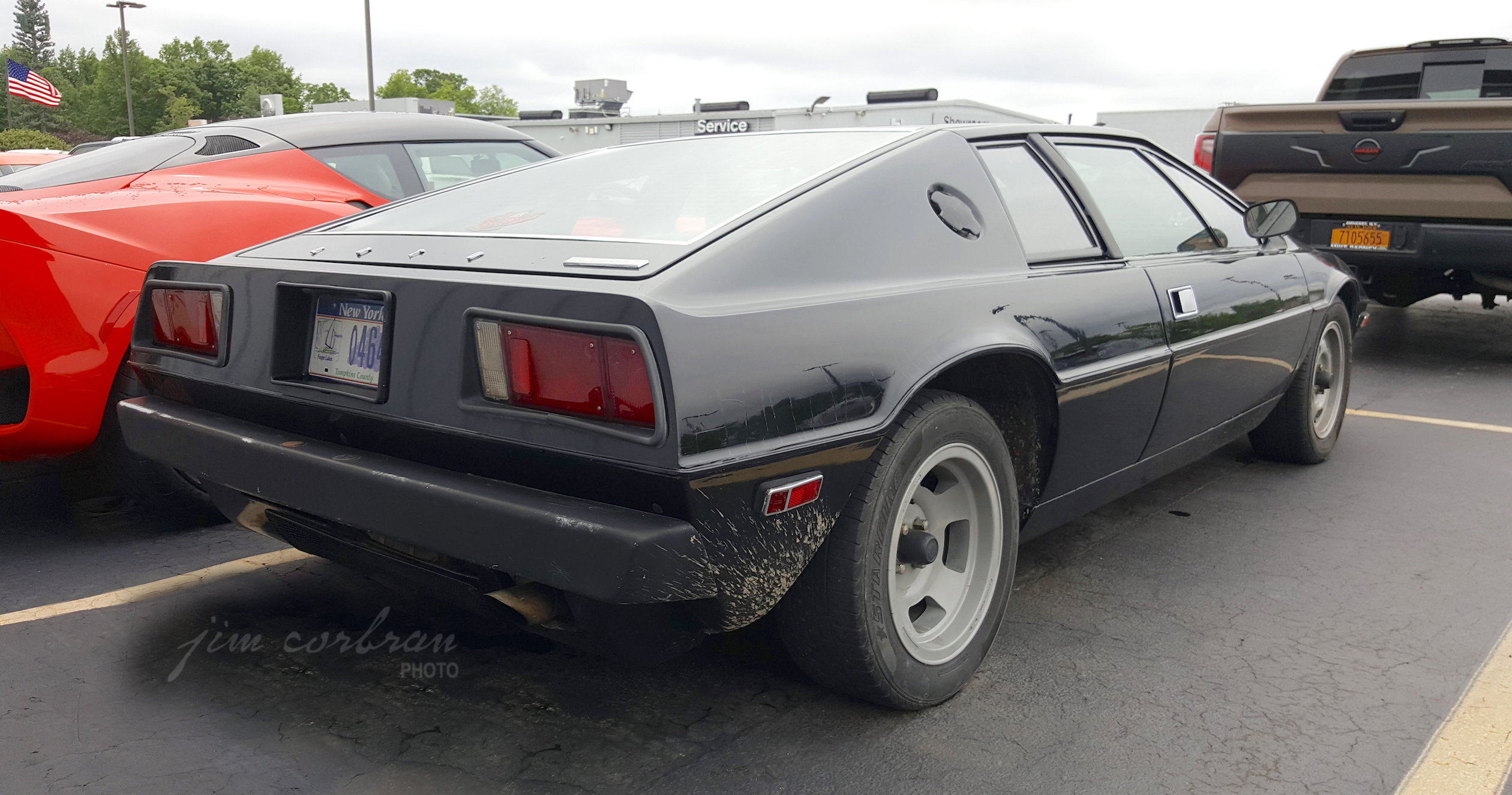 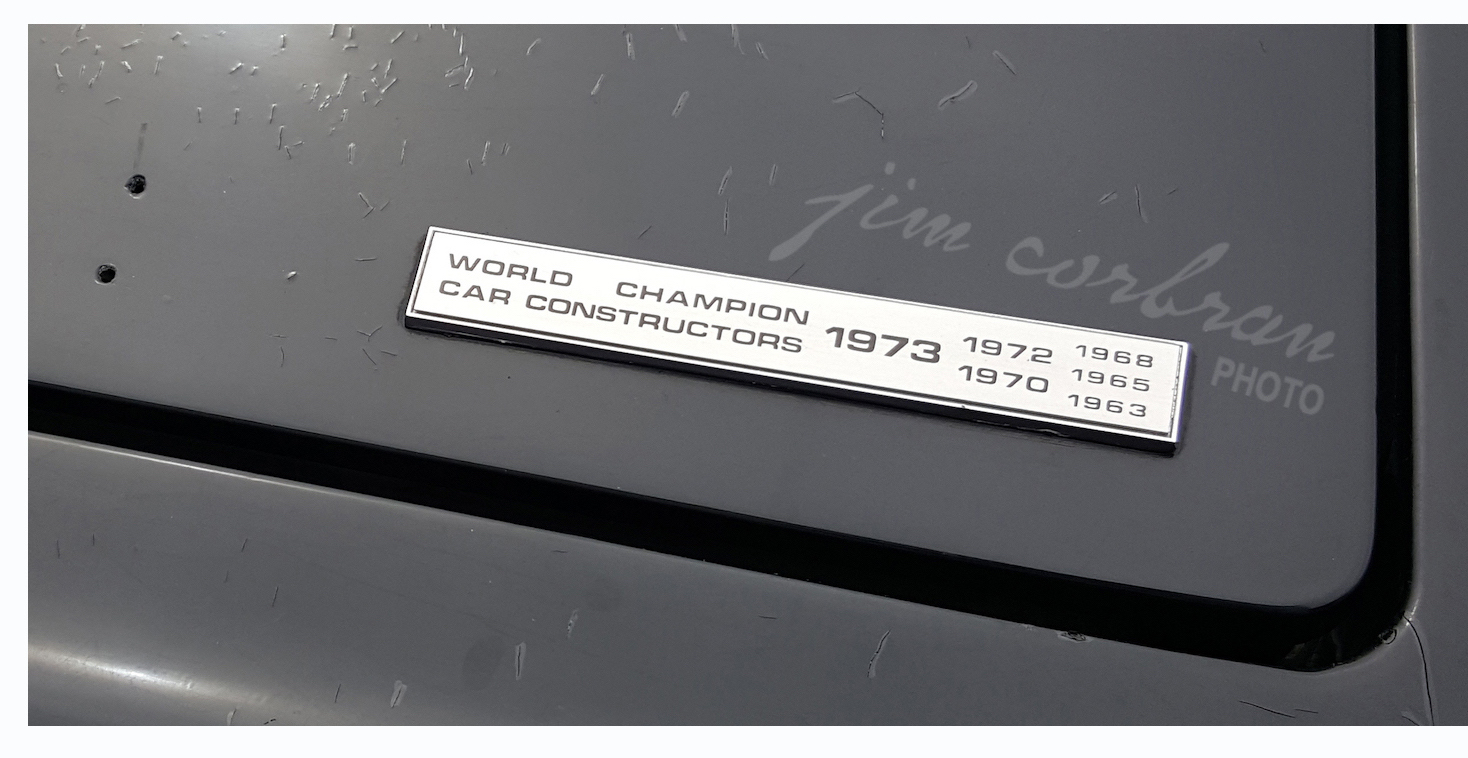 It’s unusual here in WNY to come across a 1978 Lotus Esprit S1… unless of course you’re in the Amherst parking lot of Lotus of WNY, which is exactly where I was one day this past summer. The Esprit was launched in 1976, and continued in production until 2004. It was a mid-engine sports car built in England, which one wag on Wikipedia tells us was “…among the first of [Italian] designer Giorgetto Giugiaro’s ‘folded paper’ designs.” A Series 2 car came along later in 1978 with a few styling modifications as well as a Commemorative Edition to celebrate Lotus’ victory in the 1978 Formula 1 World Championship.