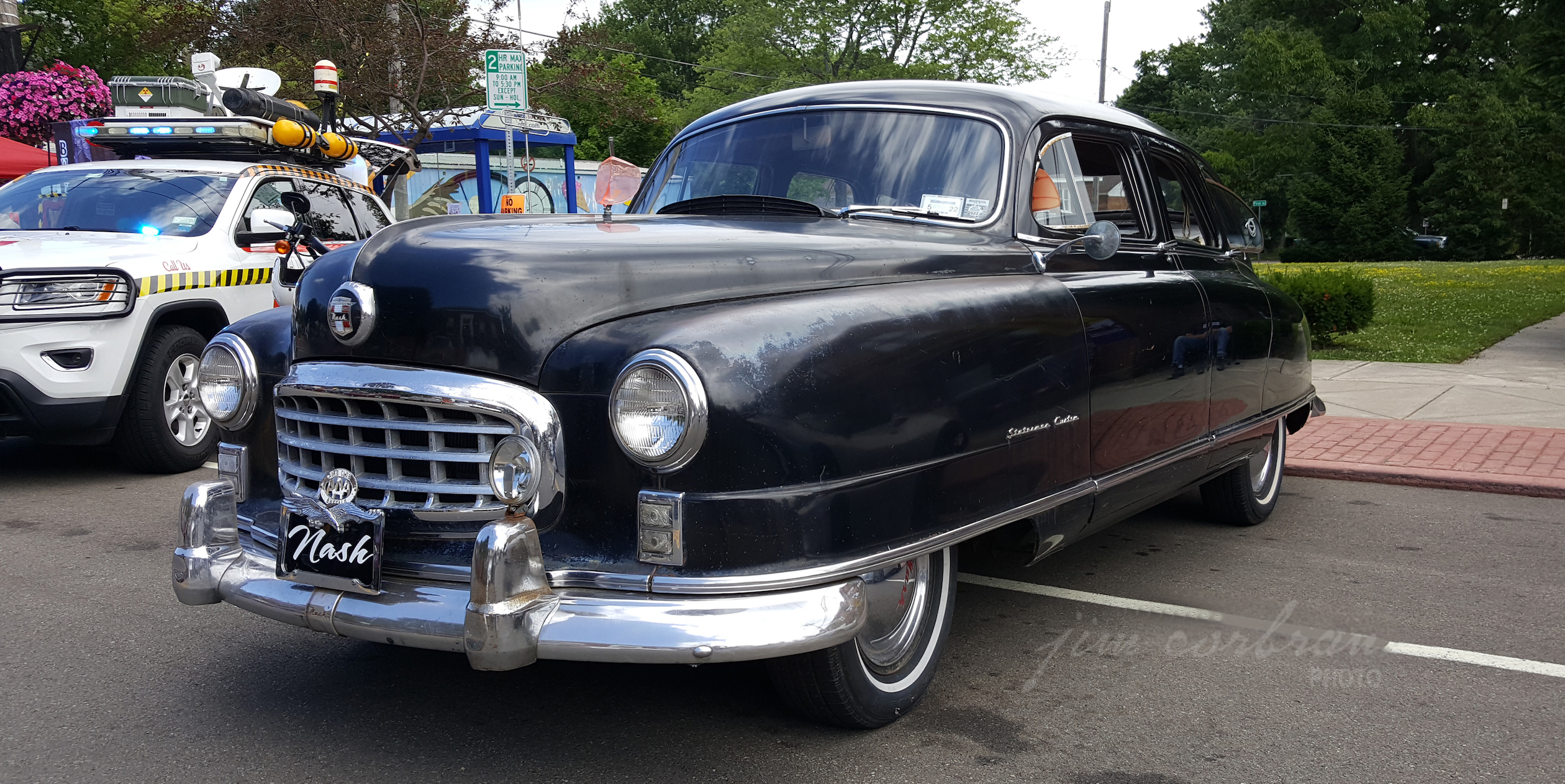 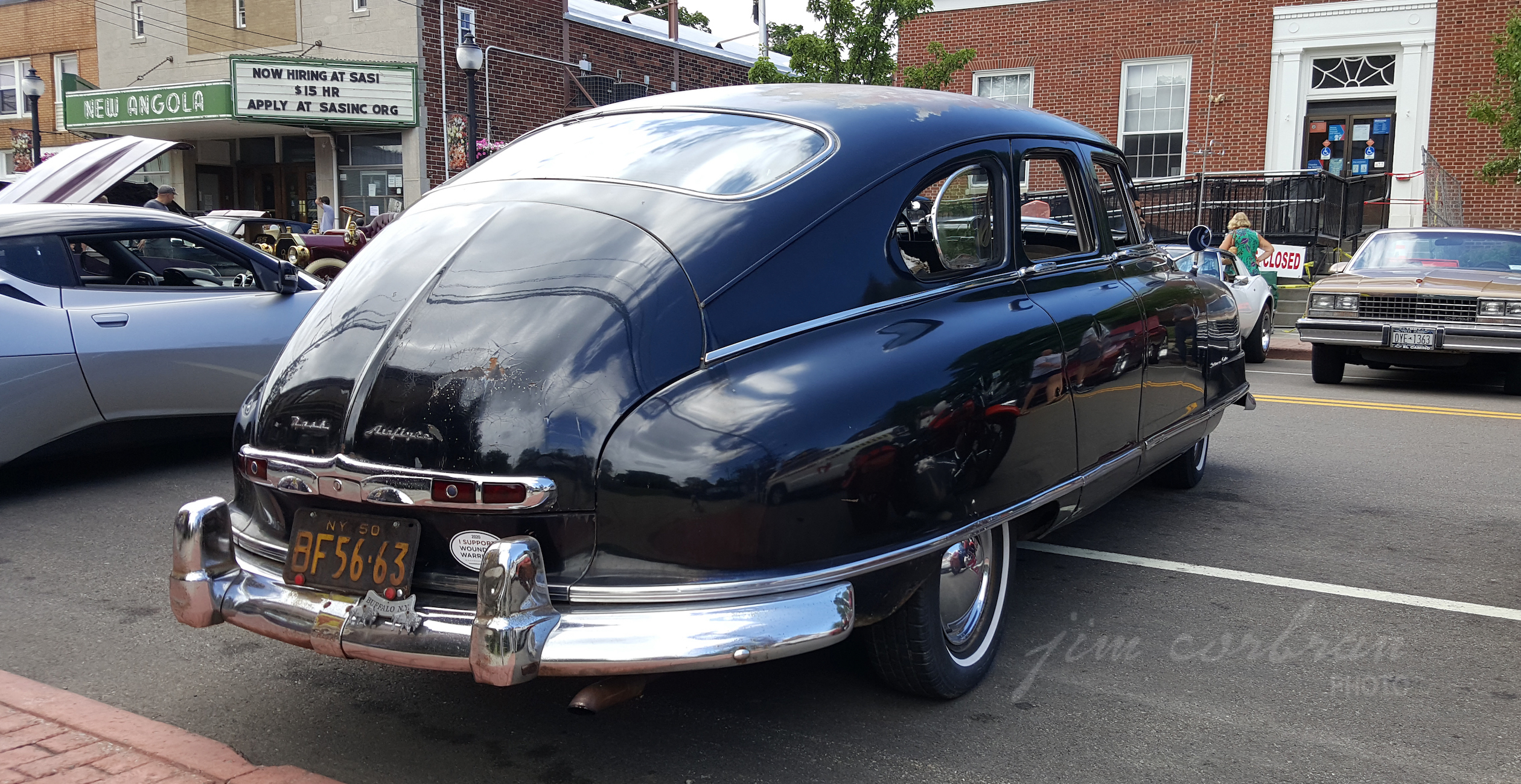 The shape of the 1950 Nash Statesman Custom is pretty unmistakable. Some wags refer to it as a Nash bathtub, which IMO isn’t all that flattering. Officially Nash called the car’s internal/external design Airflyte Construction. These days it’s referred to as unibody construction — that is, there was no separate frame because the underbody was welded to the upper part of the car creating one unit (see below), which differs from the body-on-frame construction of most cars of the day. The Airflyte’s shape, Nash told us, was “…far and away, America’s most scientific aerodynamic design.” The inverted bathtub shape was claimed to “…split the air with 20% less wind drag than the average of all other modern cars.” We came upon this one last summer at the annual car show held in the Village of Angola. 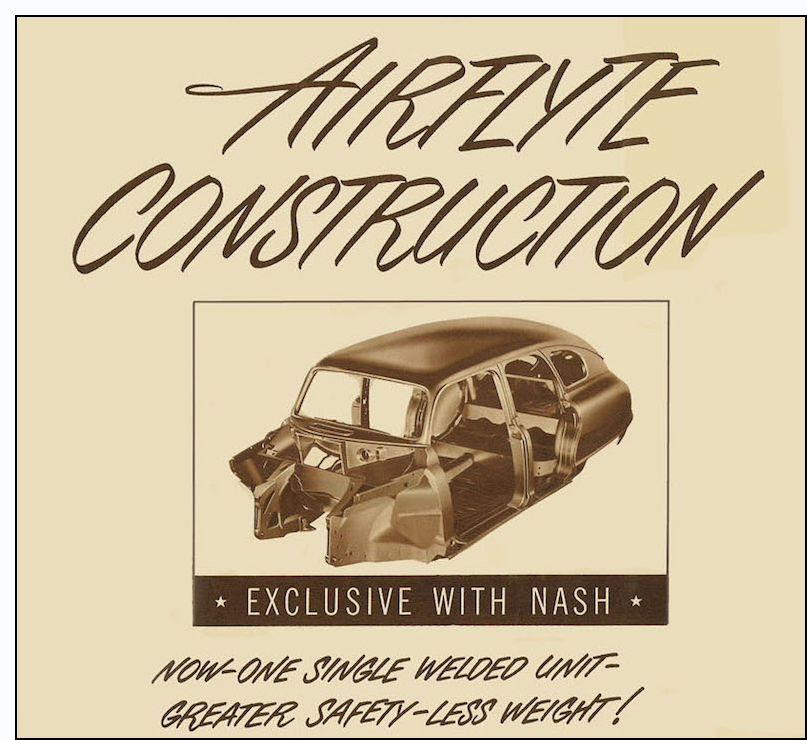