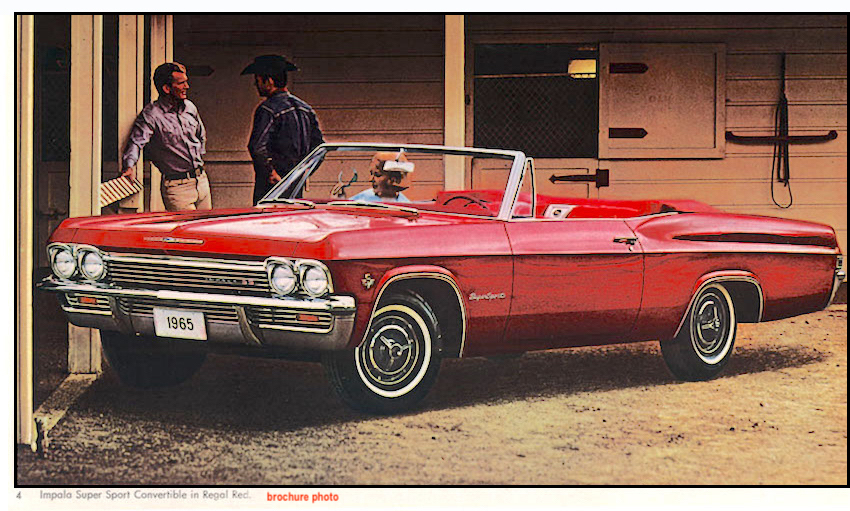 We saw this 1965 Chevrolet Impala SS over the summer in a Batavia driveway. The Impala set all kinds of sales records in 1965 — Chevy sold more than twice as many Impalas (around 803,400) than American Motors sold cars! And that’s not even including the Impala Super Sport (SS) or the Bel Air and Biscayne models. I can’t imagine one car model ever having sales numbers like that again. One of the new features to show up on the big new ’65 Chevys was curved side glass. You can find many arguments on the internet about which car was the first to have curved side glass, but I remember it being the 1963 Rambler, who touted it as a new feature which would “…hush wind noise and provide more interior room.” The illustration below is from the ’63 Rambler brochure. 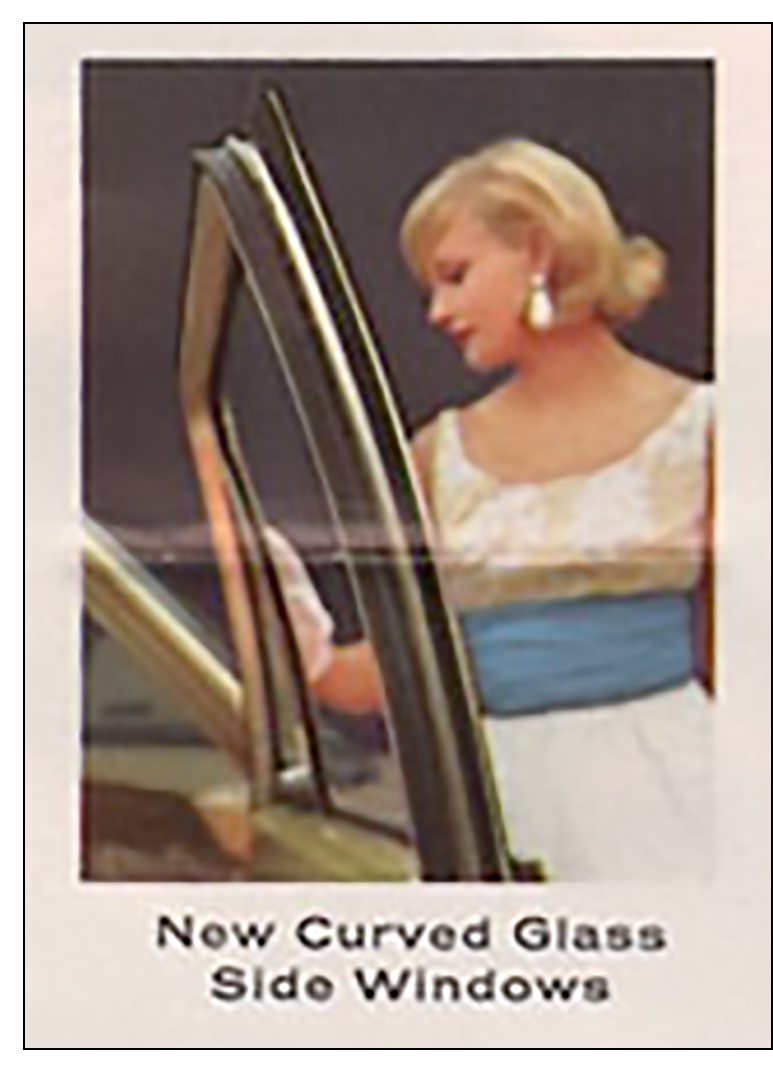