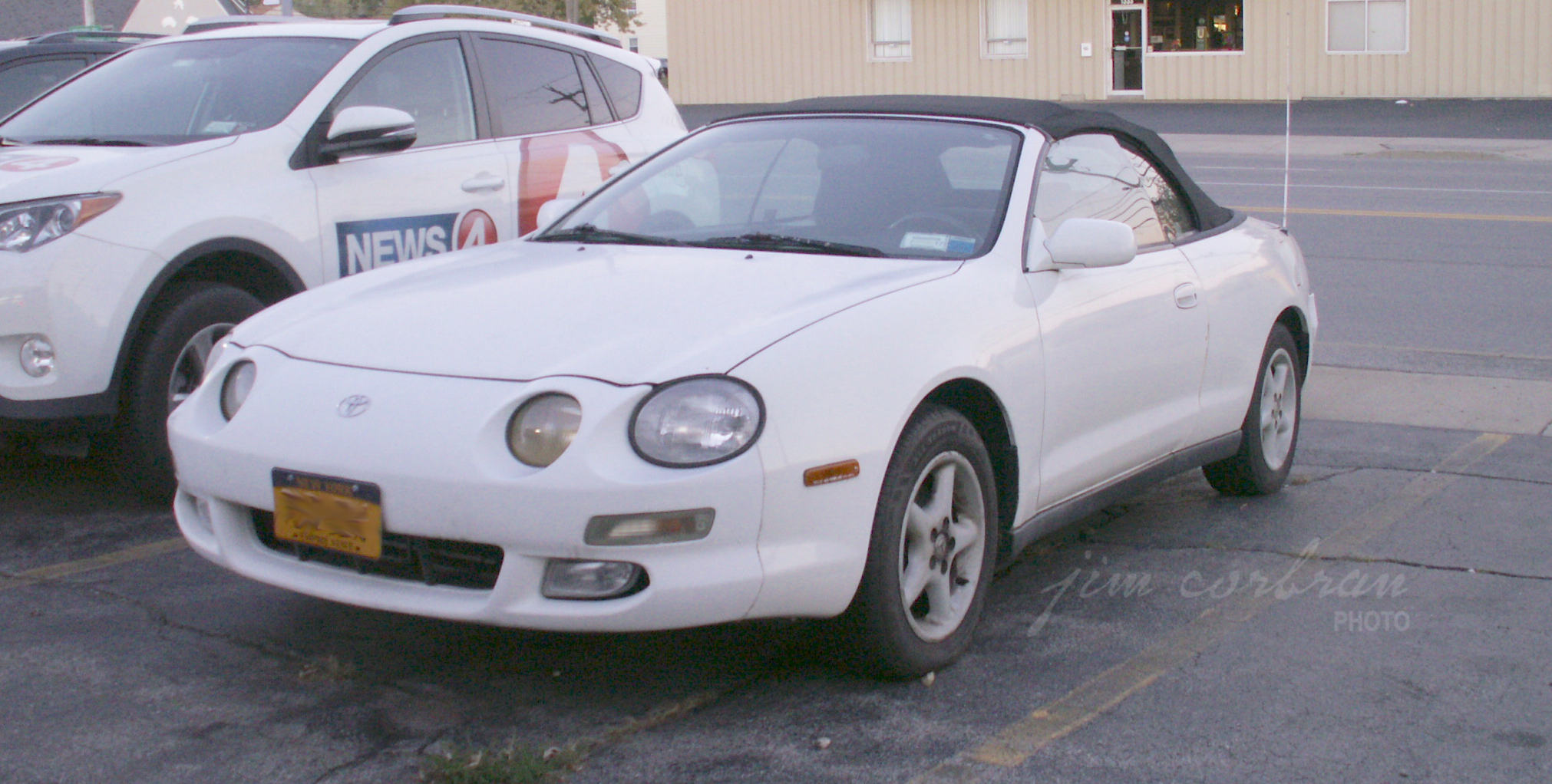 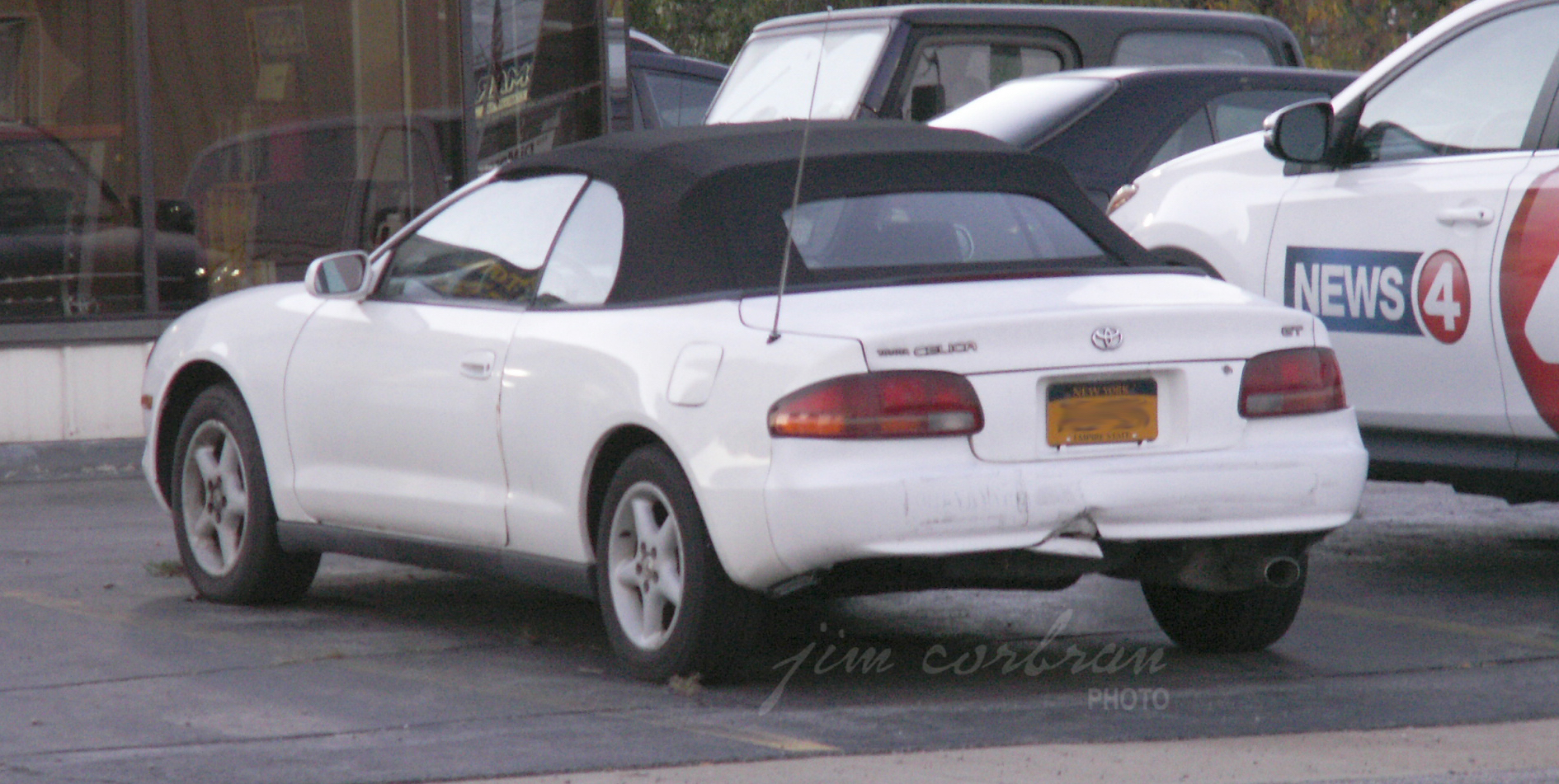 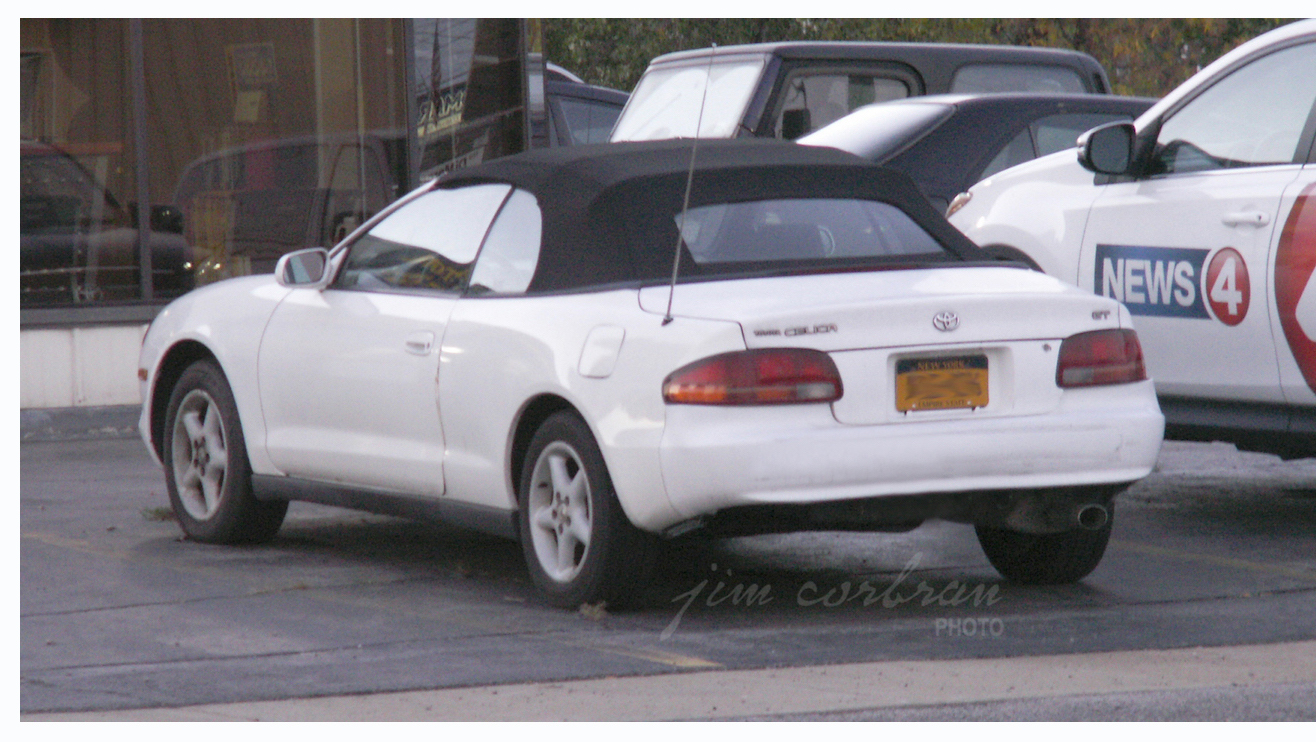 The brochure told us that the 1997 Toyota Celica convertible was “…everything you want from a convertible. And everything you expect from a Toyota.” It was small and sporty, to be sure, but IMO its styling wasn’t very inspirational. Those first Celicas back in the early 1970s were quite a departure from what the American car-buying public was used to seeing from any imported economy car manufacturer. Toyota knew that, and exploited it in its advertising (see below). When we saw today’s RealRide back in 2016 in Kenmore, it looked kinda like a mash-up of a third-generation Ford Taurus and a first-gen Hyundai Tiburon (bottom of page). Feeling generous, we again took to Photoshop today to perform a rear bumper repair on today’s feature car (inset). 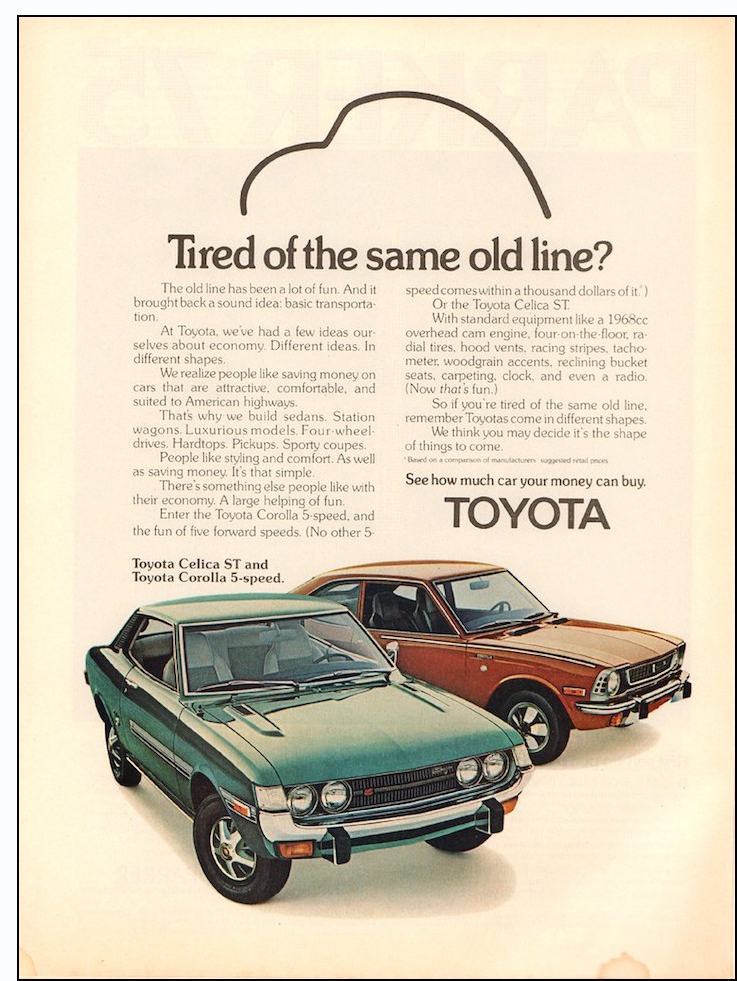 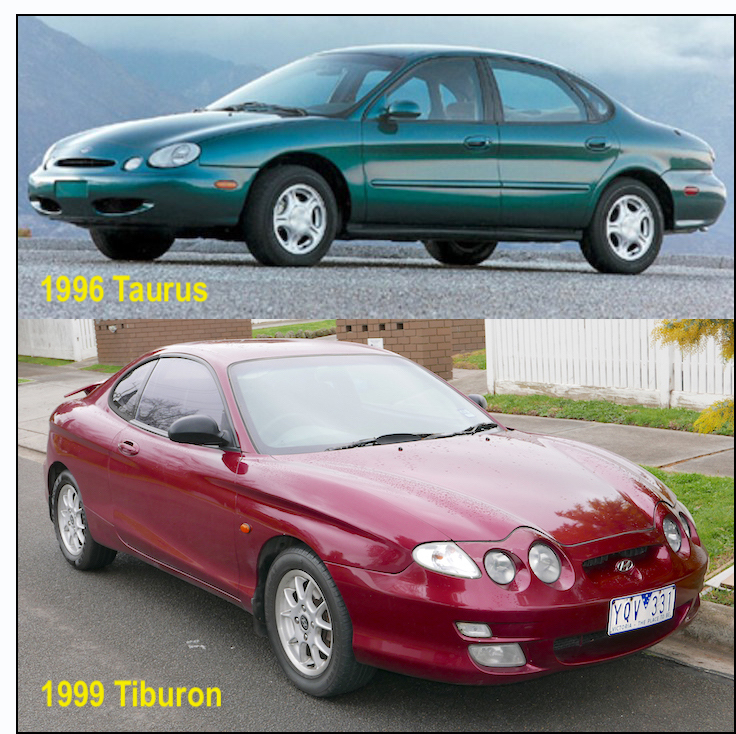