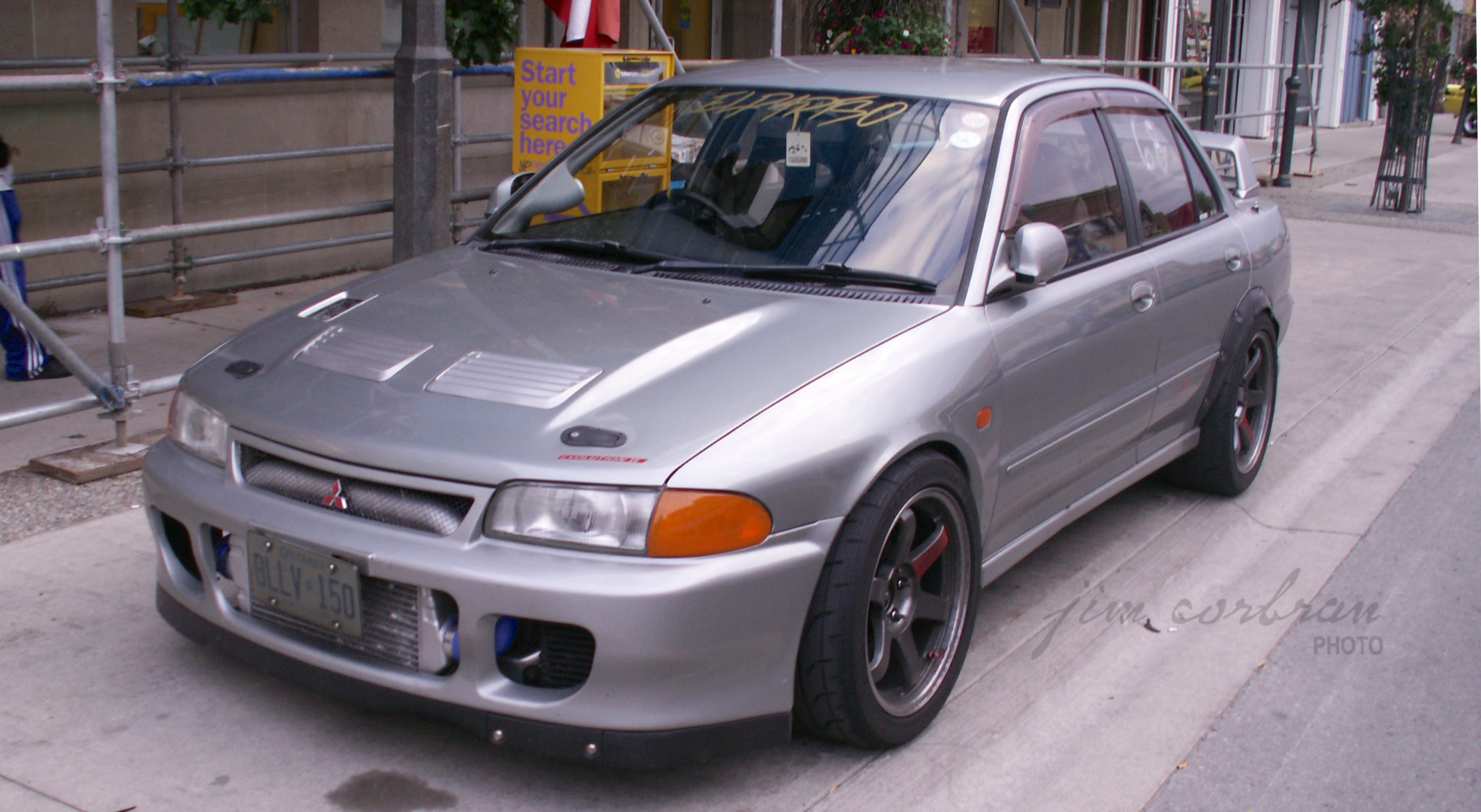 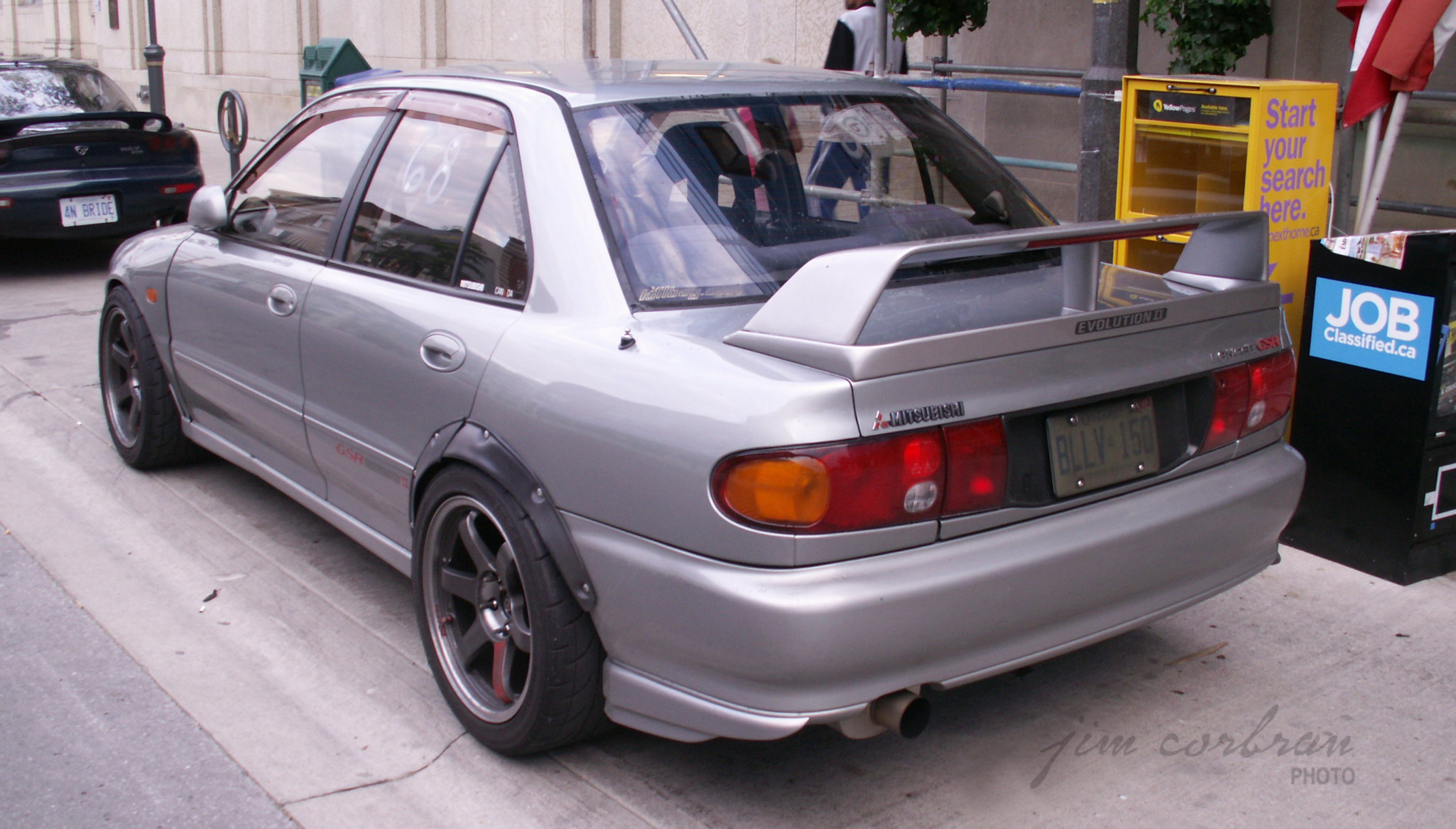 We came across this 1994 Mitsubishi Lancer GSR Evolution II back in 2015 at a Cruising on the Q cruise night on Queen Street in Niagara Falls, Ontario. Produced from December 1993 to February 1995 (according to Wikipedia) the Evolution II was the successor to — surprise! — the first-gen Evolution, which was produced for two years beginning in late 1992. The Evolution III came along next and hung around for a year-and-a-half or so. From what we can tell, the final Evo was the Evolution X which ended production in 2016. Today’s RealRide, if you look closely, has right-hand drive, as the Evo still wasn’t being imported to North America back in 1994.