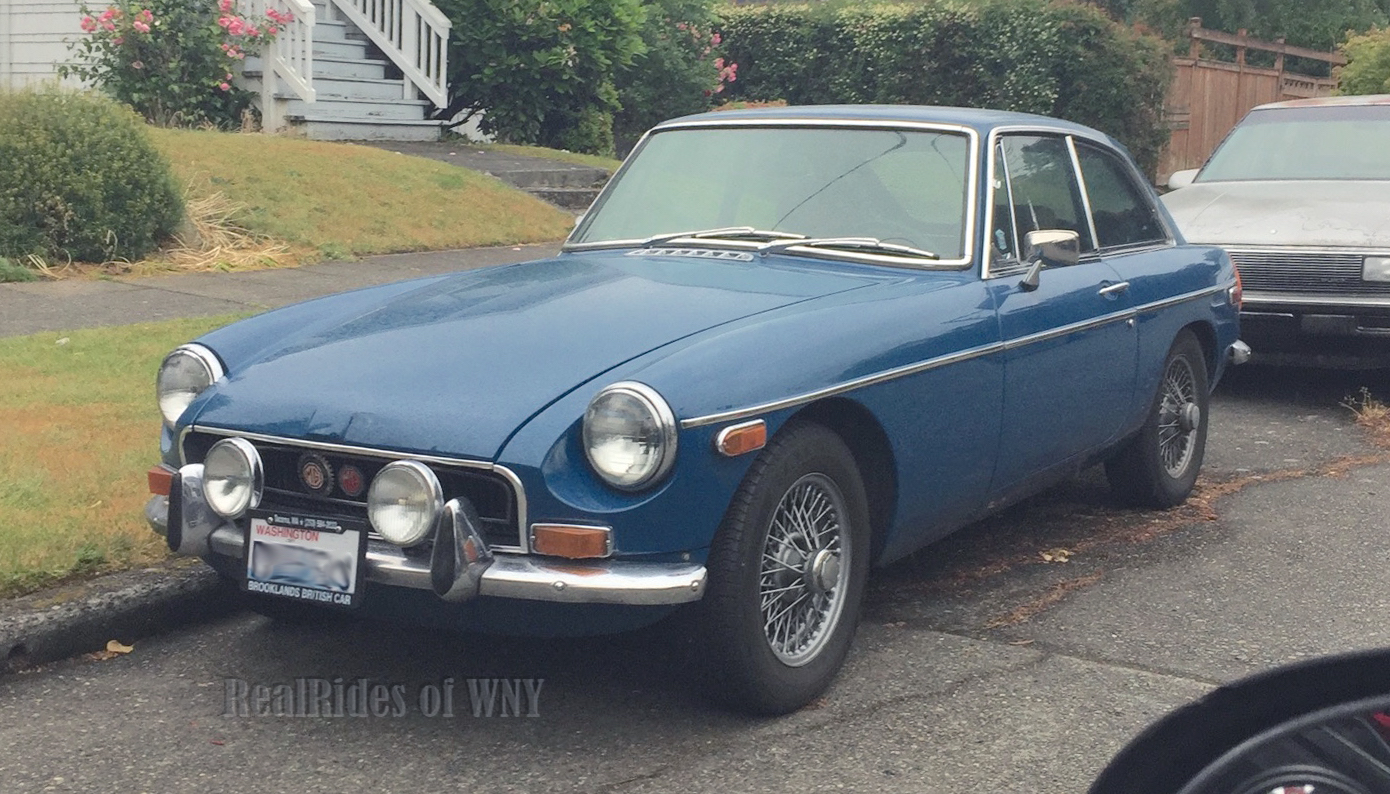 This c1972 MGB GT was photographed by my daughter Katie back in 2018 on a Seattle, Washington side street. It’s showing some pretty big driving lamps up front, the kind most of us probably don’t want to see in our rearview mirrors at night. The GT was the closed, hatchback version of the venerable MGB roadster, and it debuted for model year 1966 (like the one seen below on Wikipedia), and was sold in the U.S. until 1974, when the federal bumper regulations took effect. It continued in production for other markets until 1980.