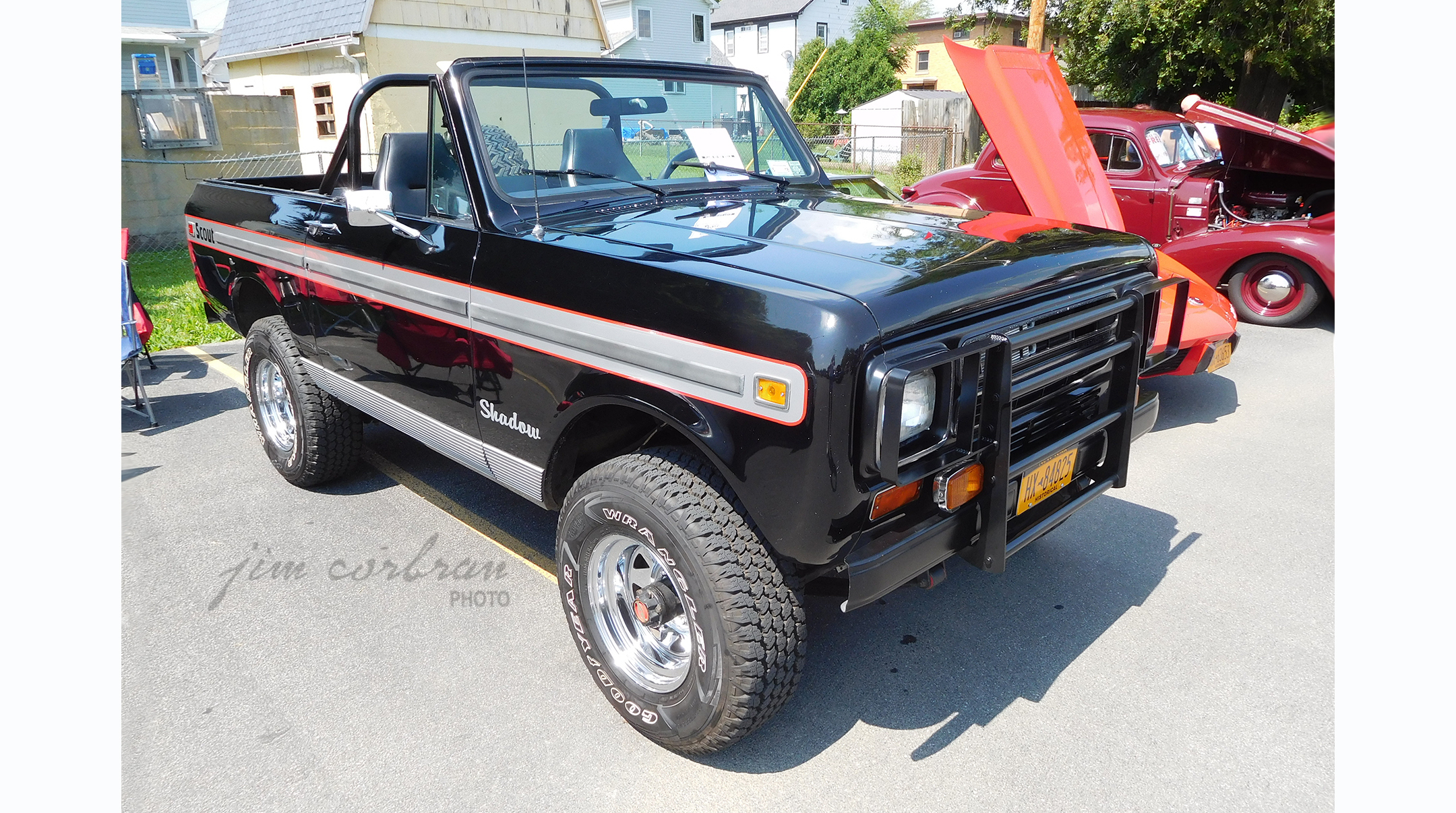 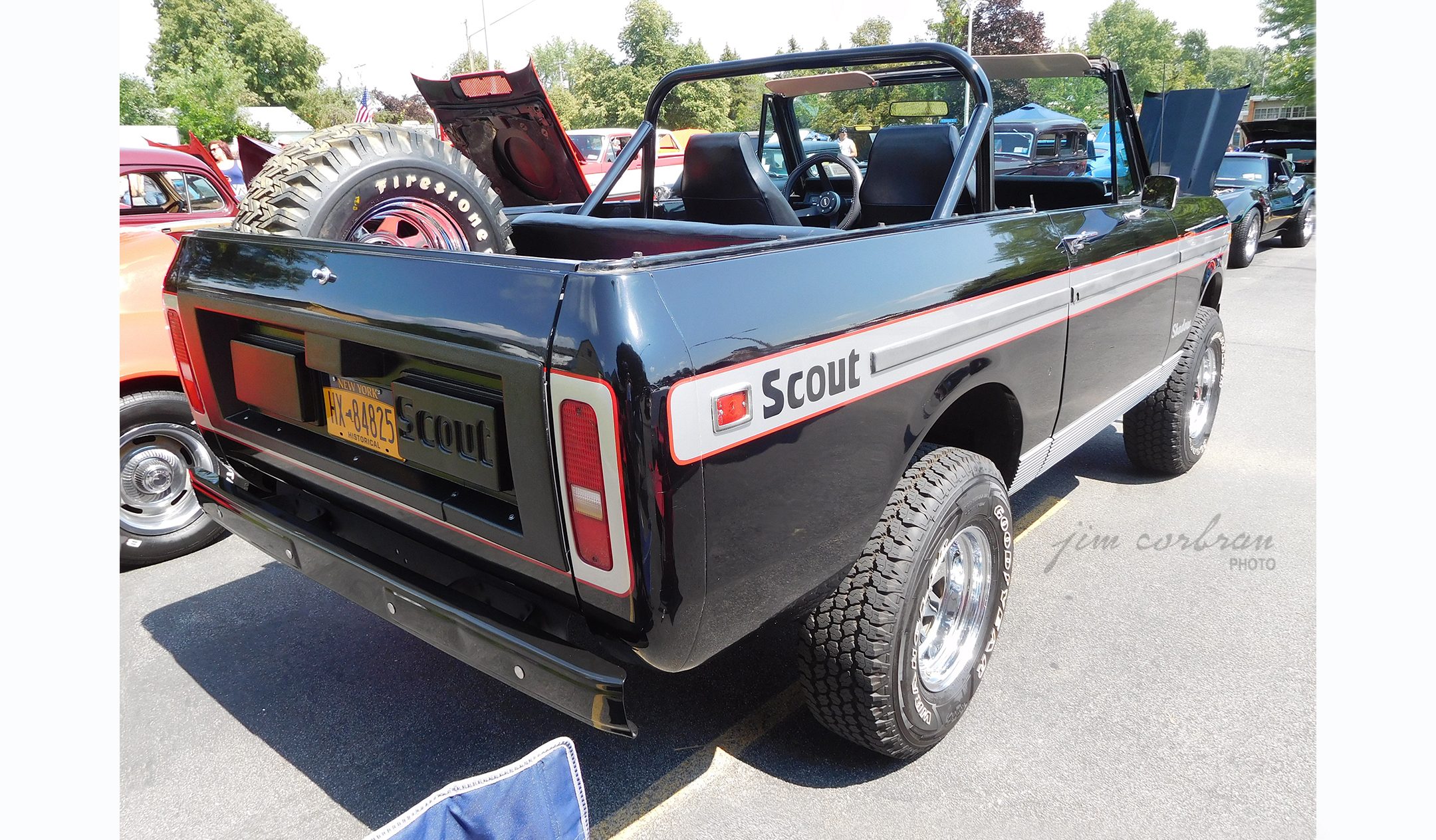 We came across this 1980 International Scout II Shadow back in 2017 at the annual car show held at St. Mary’s High School in Lancaster. The Scout, introduced for model year 1961, was totally remade in 1971 and rechristened the Scout II. The Shadow was a special model trimmed-out for International by Custom Vehicles Inc. of Fort Wayne, Indiana, which was located not too far from the Scout assembly plant. There were several other iterations from CVI including (among others) the Sportstar, Trailstar, and Hot Stuff. This 1980 model represents the final year for the Scout.