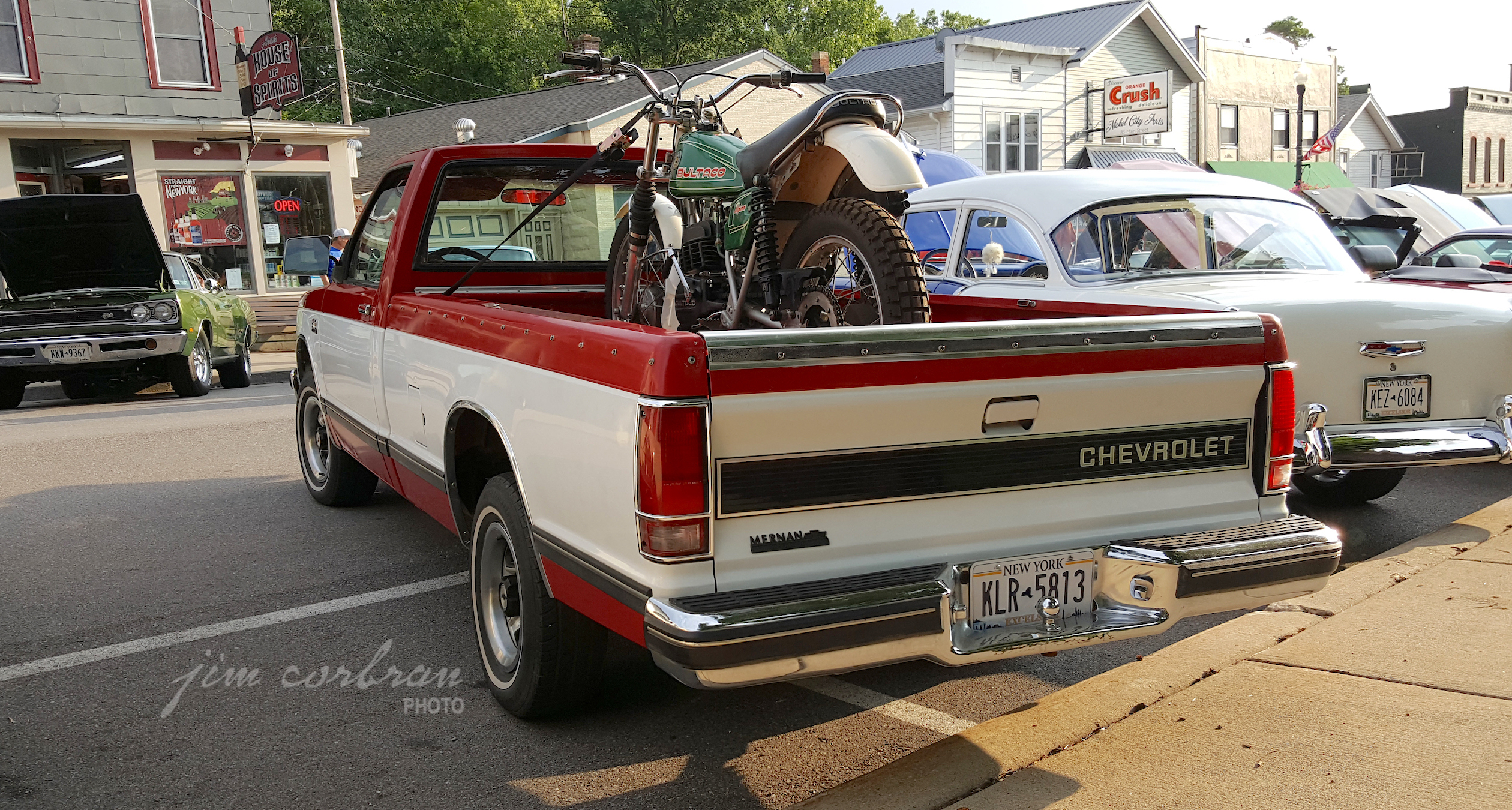 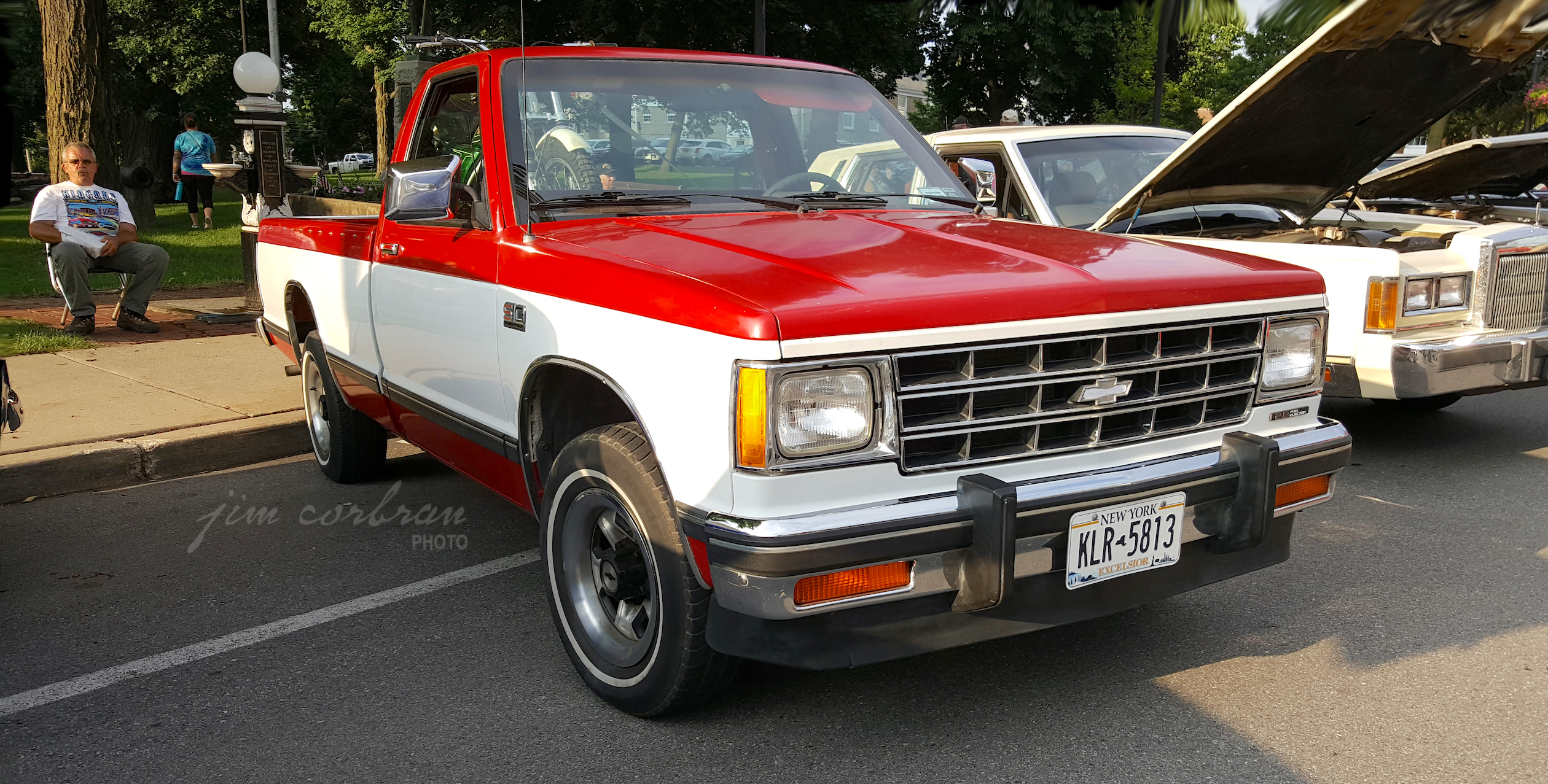 I was pretty surprised to open my December 2021 issue of Vintage Truck magazine (below) and see a nine-page spread about this very 1986 Chevrolet S-10 Tahoe. I photographed it back in July at a cruise night in Akron, where its third owner, Steve Hill, can be seen sitting behind the truck he bought from the original owner’s son a couple of years or so ago. As you can see from the dealer plate on the back, those original owners, Niagara Falls area residents, bought the truck at Mernan Chevrolet, which was located on Bailey Avenue in Buffalo. This example is from the S-10’s first year of production, where it pretty much replaced the Isuzu-built Chevy Luv in the lineup.