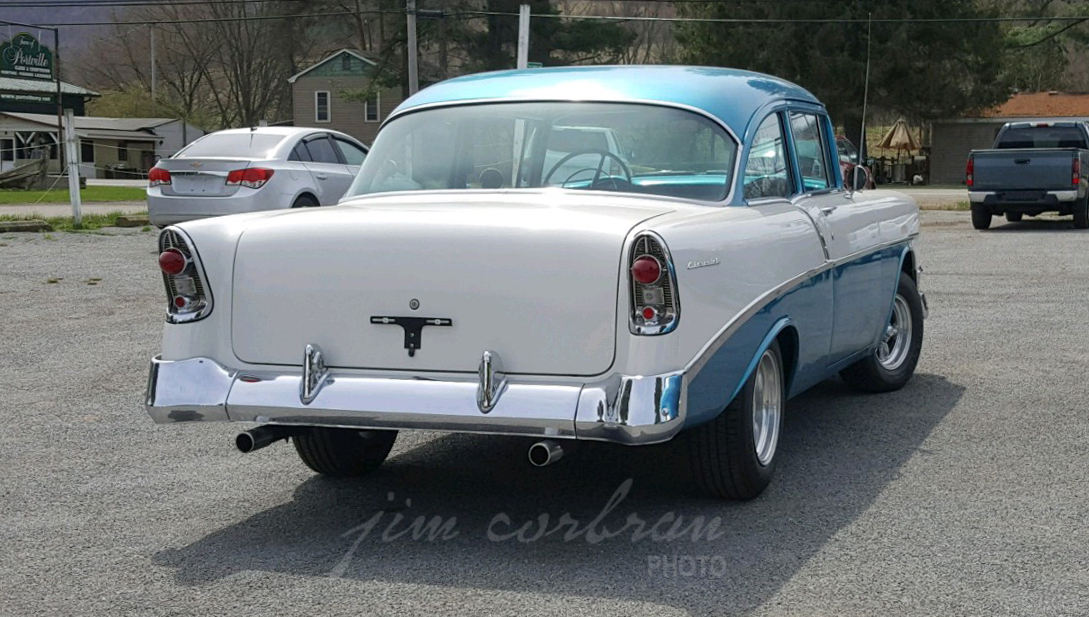 The 1956 Chevrolet Two-Ten sat in the middle of Chevy’s lineup, above the One-Fifty and below the Bel Air. For model year 1956 the Two-Ten was available for the first time as a four-door hardtop (as was the Bel Air) — a.k.a. Sport Sedan in Chevy-speak. In one French-Canadian magazine ad, Chevy told us the new ’56 was “Mieux qu’une voiture.. un member de la famille.” Google translates that as “Better than a car… a family member” (I’d have thought “a member of the family” but what do I know). We saw this one last spring in Olean. 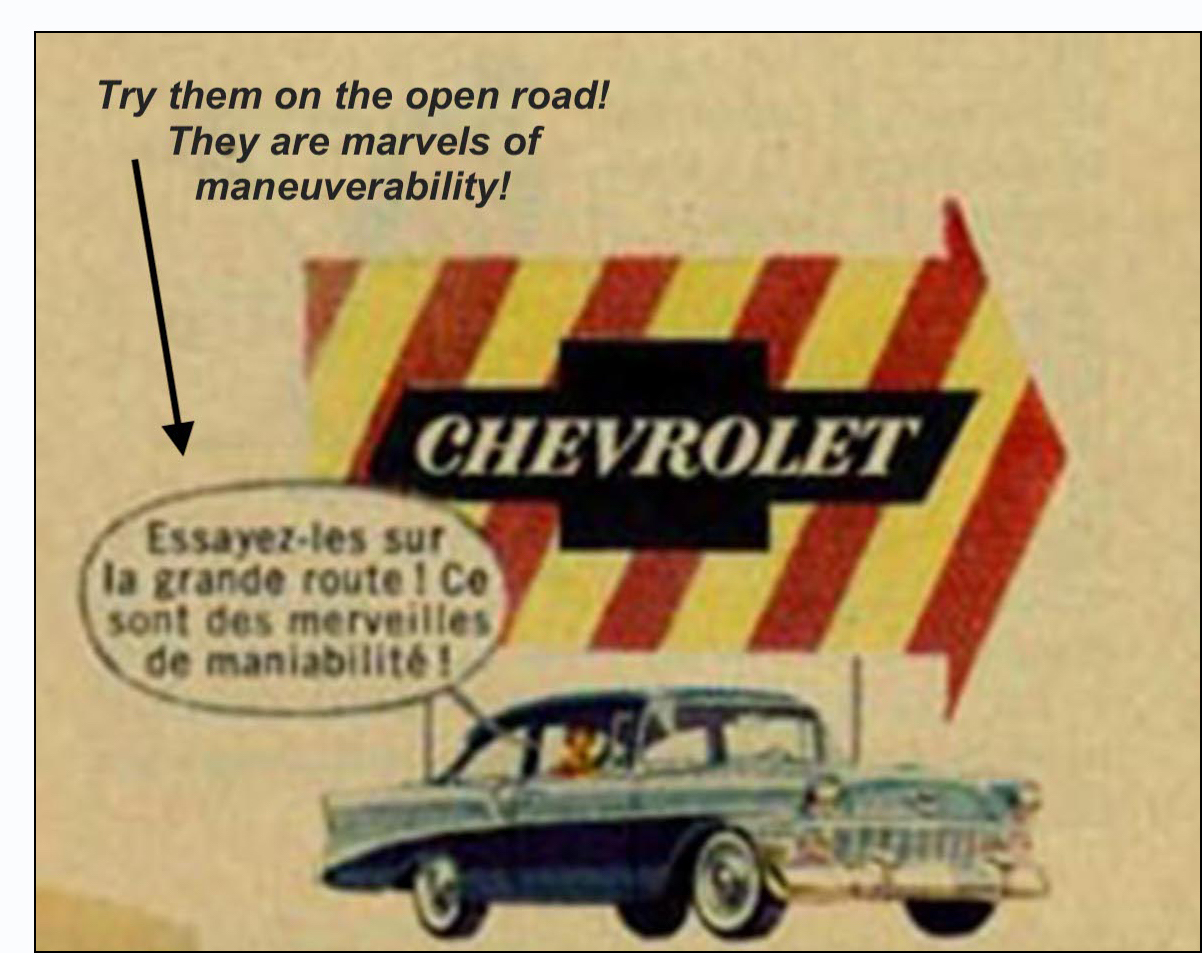