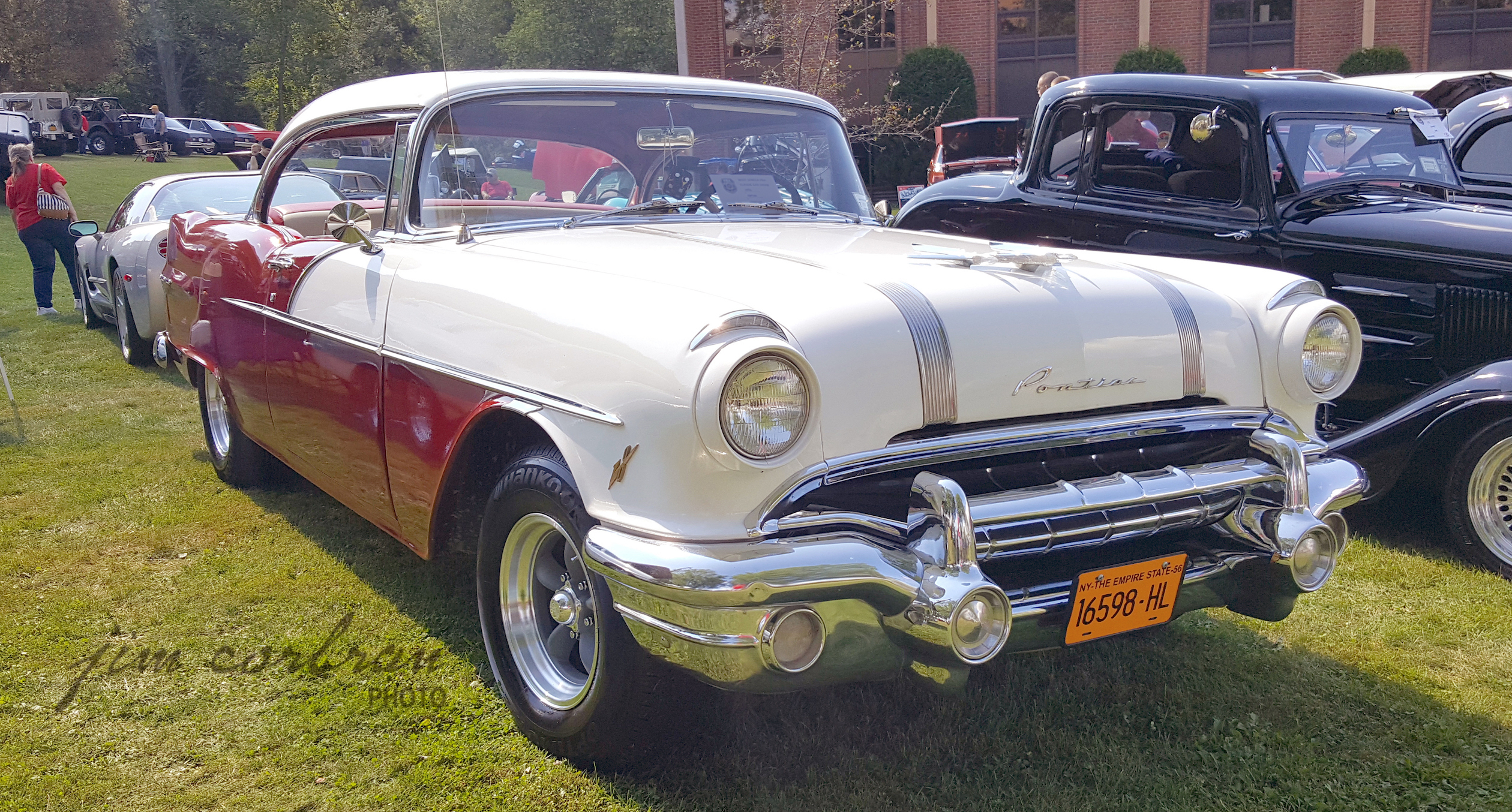 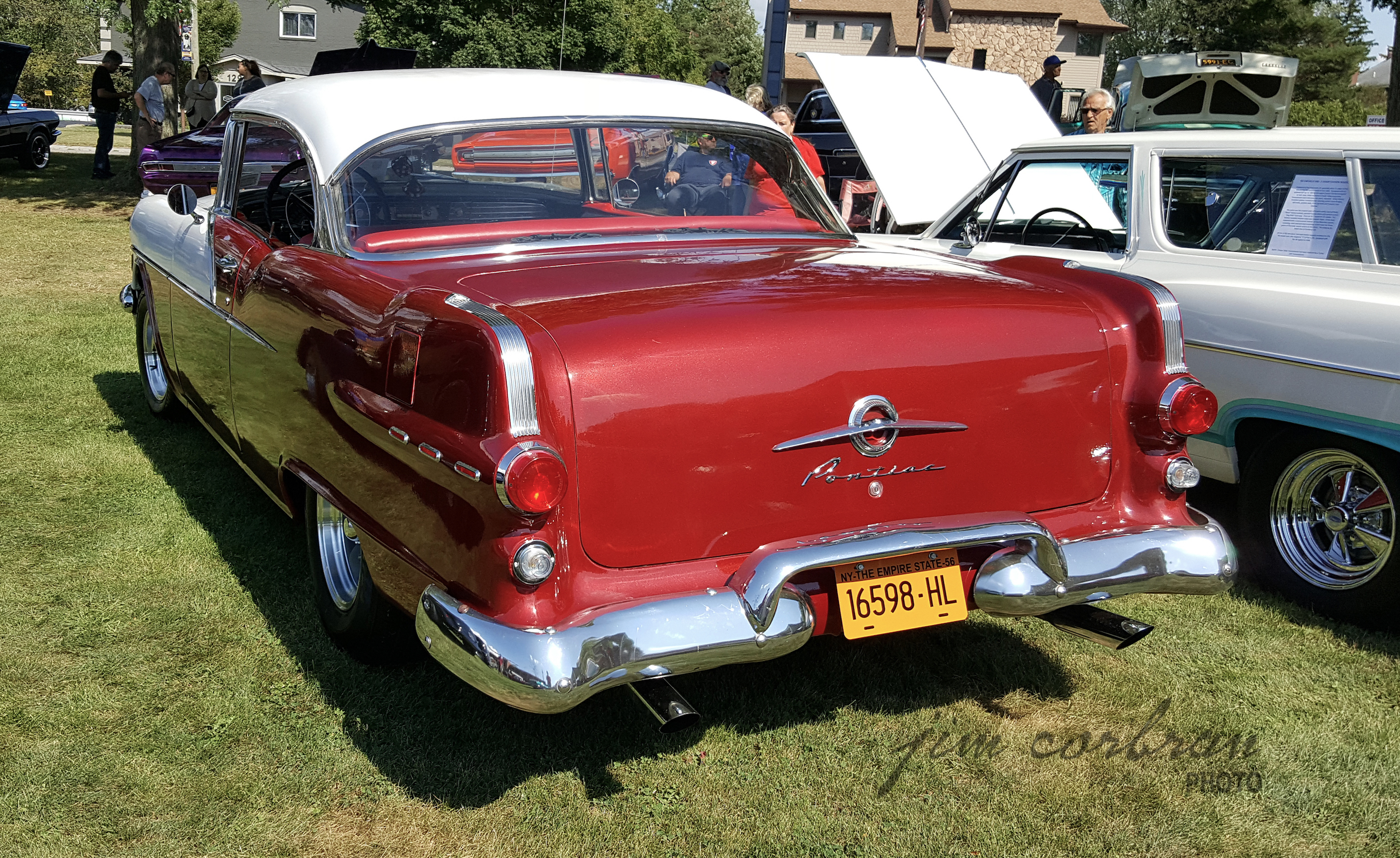 The other day we mentioned how we rarely see mid-50s Mercurys these days… and it seems the same can be said for cars like today’s RealRide — a 1956 Pontiac Catalina. That model name is a bit misleading, or maybe I should say confusing. For 1956, the top of the Pontiac lineup was the longer-wheelbased Star Chief. Below that were two other models, but looking at them both in the flesh would give no hint as to their names. The only visible emblems all say nothing more than Pontiac. The brochures refer to them simply as 860 & 870 (the Catalina part is Pontiac-speak for a pillarless hardtop). The Encyclopedia of American Cars refers to these lower-line models as Chieftain 860 & Chieftain 870 (which is how they were referred to in the previous year’s brochure). Whatever it is, we saw this one last summer at the annual car show in West Seneca held behind the Town Hall. 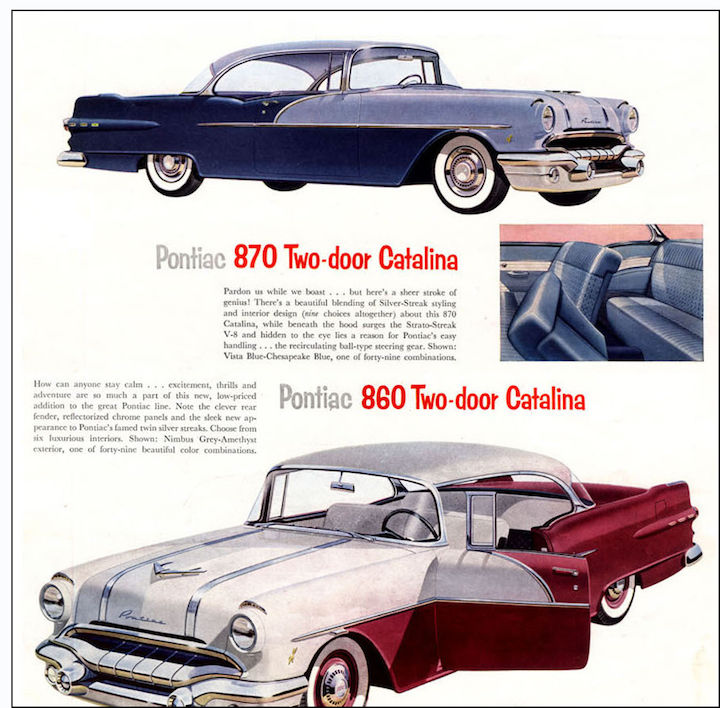