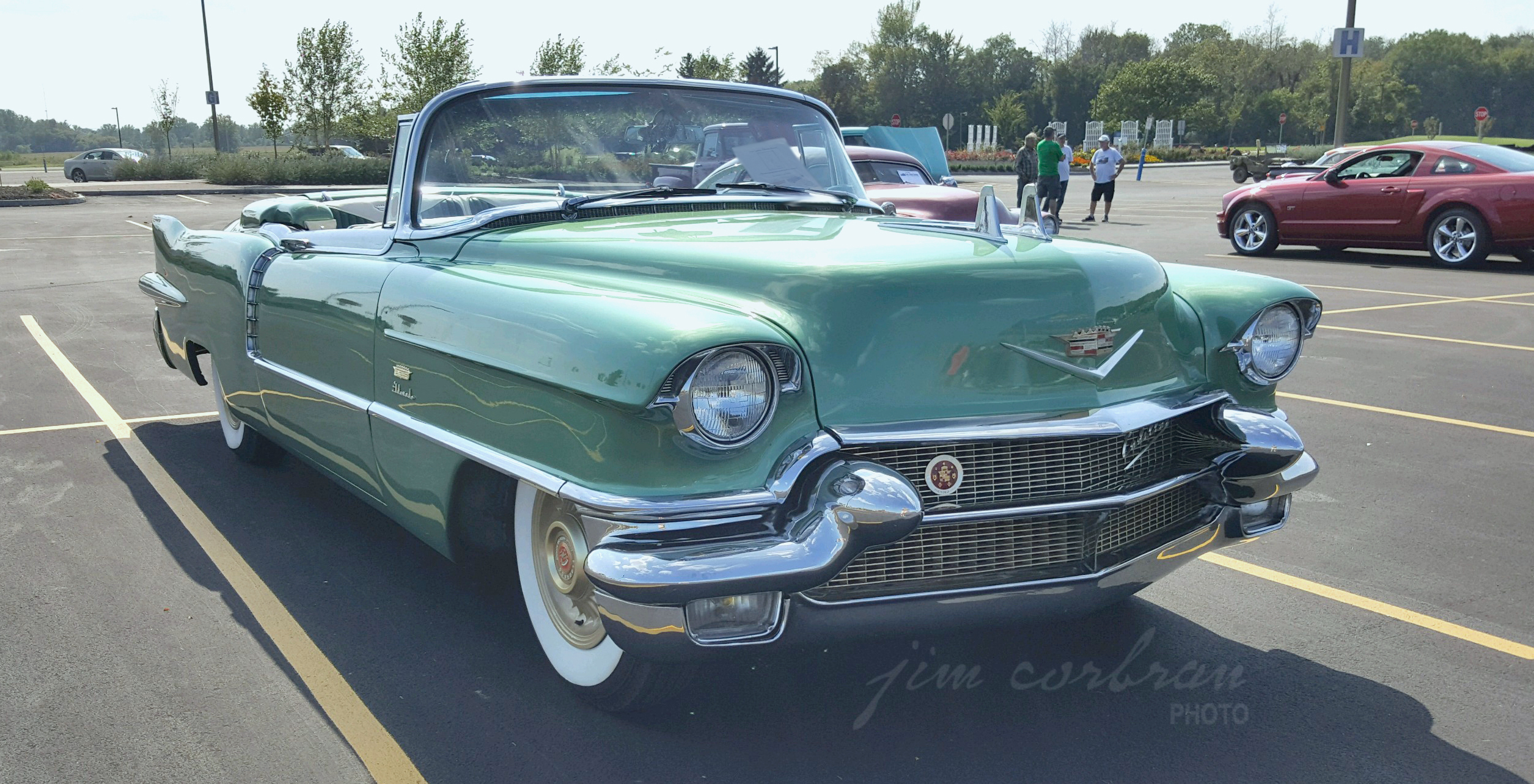 This 1956 Cadillac Eldorado Biarritz is another one of those top-level General Motors models which had a distinctive rear end treatment from the rest of its respective lineup. As you can see below in the brochure illustration of the Series 62 convertible, the Eldorado’s fins were much higher and more pointed — “…high-sweeping fender lines” Cadillac called them, and the taillamps rested in a pair of pods at the fins’ bases, along with the backup lamps. Those gold-colored “Sabre-spoked” wheels were also an Eldorado exclusive. We photographed this one back in 2019 at a car show at Genesee Community College in Batavia.

A new post appears daily on buffalocars.com, featuring old/interesting cars & trucks either seen in and around Western New York, seen by WNYers in their
travels, or seen somewhere on the road by ex-WNYers.