Day 5 of a week looking at the cars of Lansing…


I’d love to hear the odds on coming across both this 1960 Oldsmobile Super 88 Holiday Scenicoupe back in 2011 in Ransomville, and the 1960 Oldsmobile Dynamic 88 shown below which was seen a couple of years ago (and just a few miles away) in Sanborn — and have them both look like life-size AMT 3-in-1 model kits! Literally these are the only two 1960 Oldsmobiles we’ve encountered out in the wild since we started doing this back in 2009. At first, with those side pipes I thought they were the same car, but one’s a two-door hardtop and the other’s a four-door sedan. Neat. Weird coincidence, but neat. 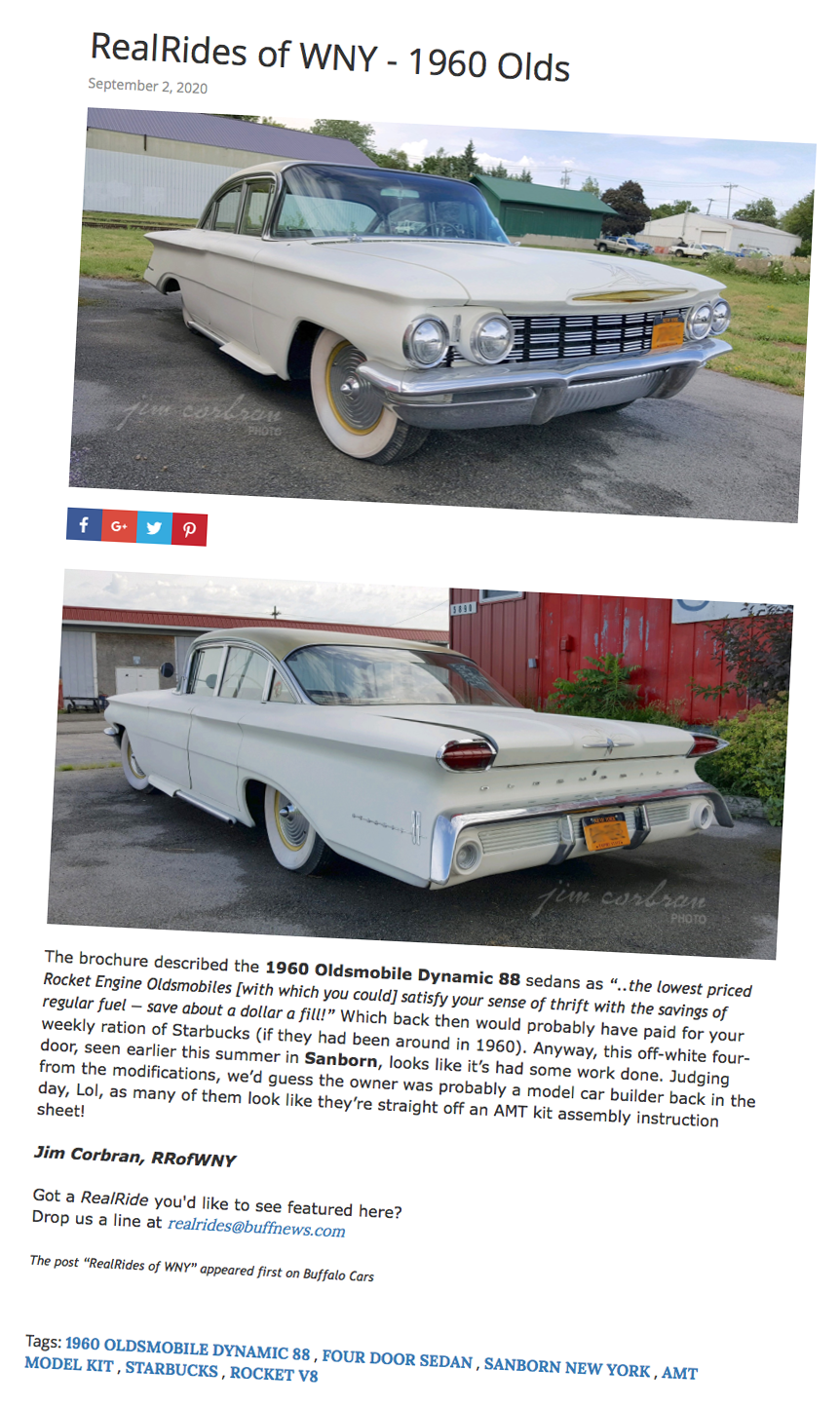