Day 6 of a week looking at the cars of Lansing…

We came across this 1972 Oldsmobile Cutlass Supreme last summer while bicycling through South Buffalo. It appears to be masquerading as a 4-4-2, but the 4-4-2 was available as an option package only on the Cutlass Supreme convertible, Cutlass hardtop, or the Cutlass S hardtop or pillared coupe — all of which are shown in the ad below. None of the closed cars have the formal roofline seen on today’s RealRide. Gotta say though, that paint job is really smooth-looking! 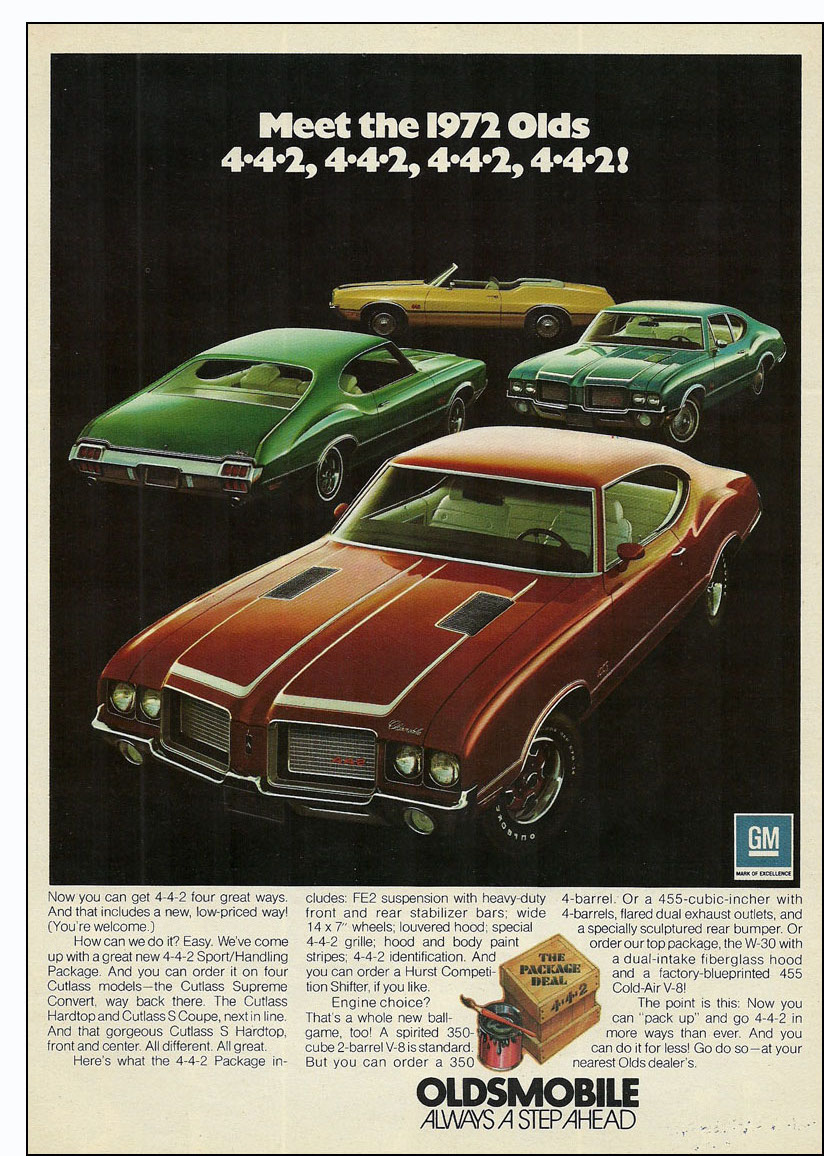