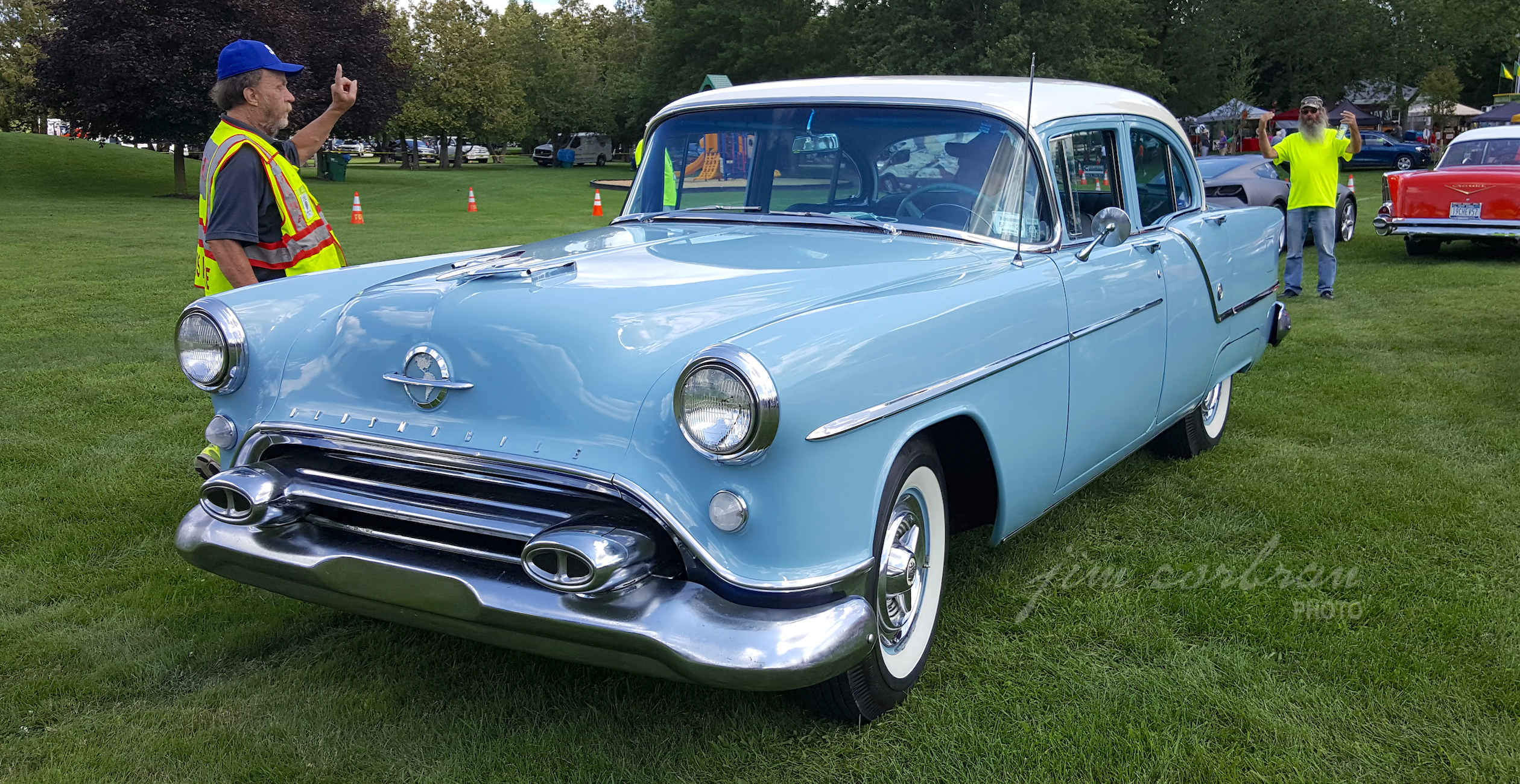 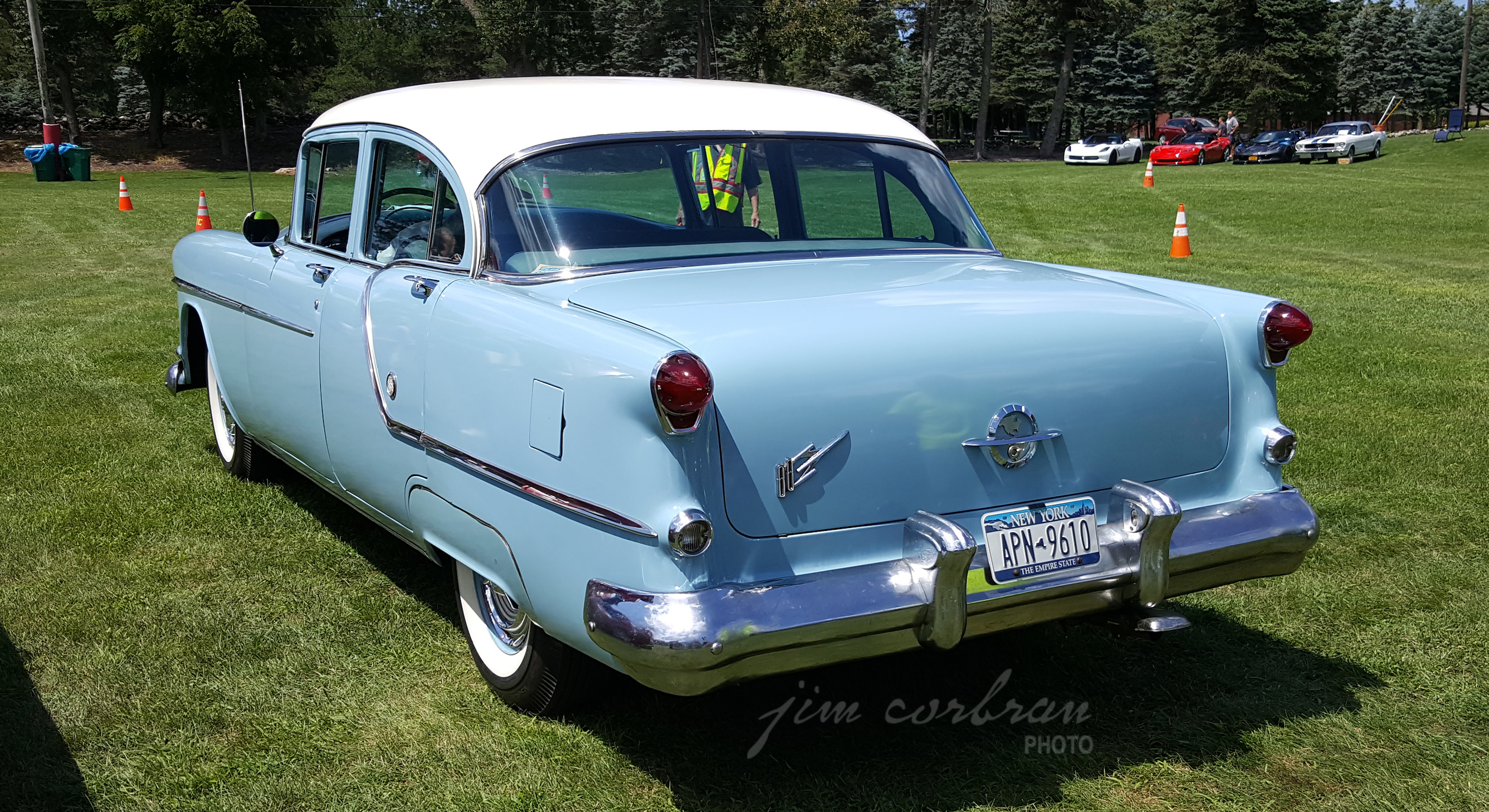 Day 7 of a week looking at the cars of Lansing…

The brochure told us that the 1954 Oldsmobile Super 88 was “…rocketing to new highs in styling, power and luxury!” IMO it was a much more dramatic change from the 1953 models than we saw from Chevrolet, Pontiac, Ford, Plymouth, or Dodge, which were all mildly updated for 1954. We saw this one last summer at the Taste of Clarence Car Show in the town park in, of course, Clarence.