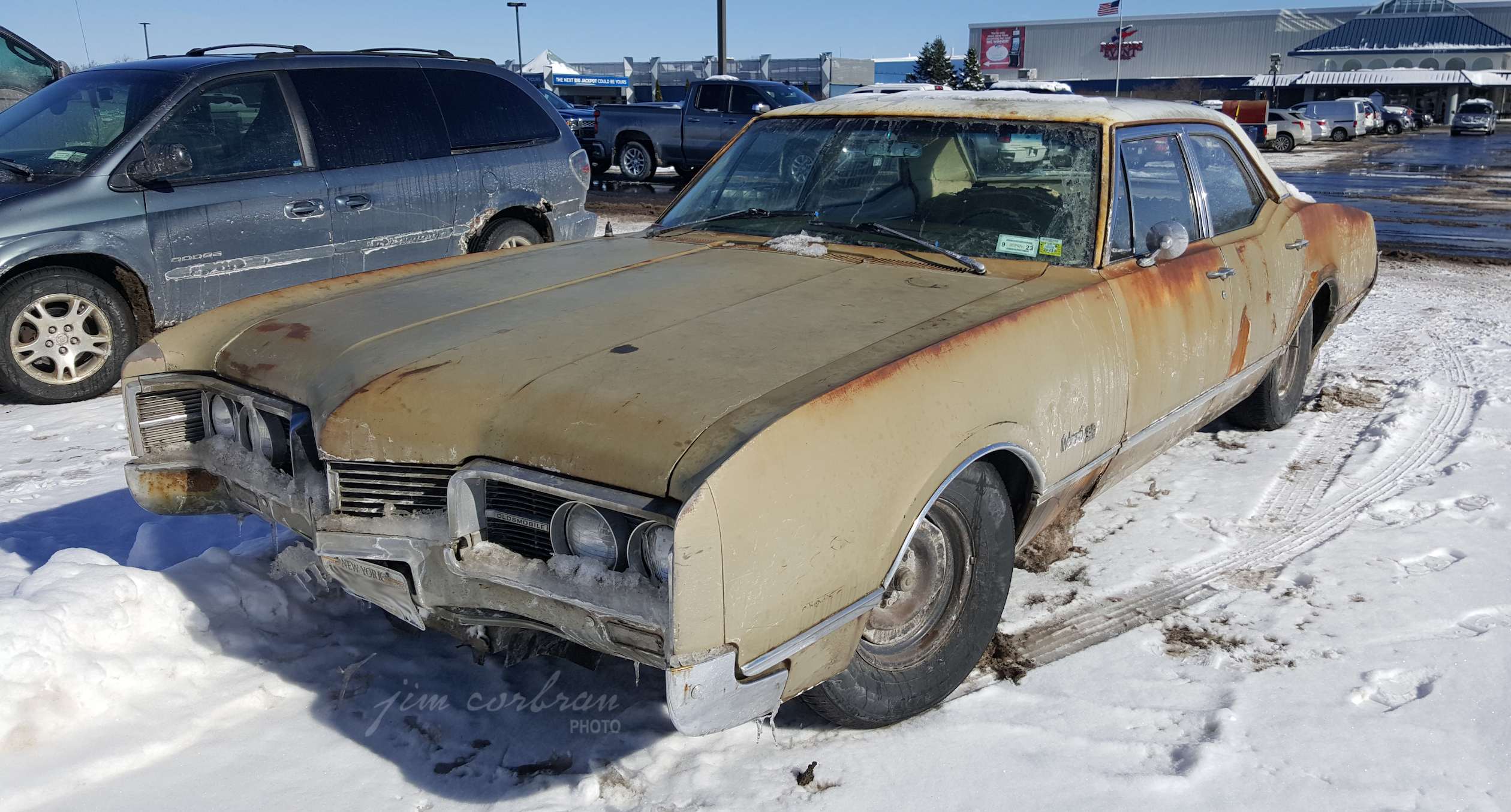 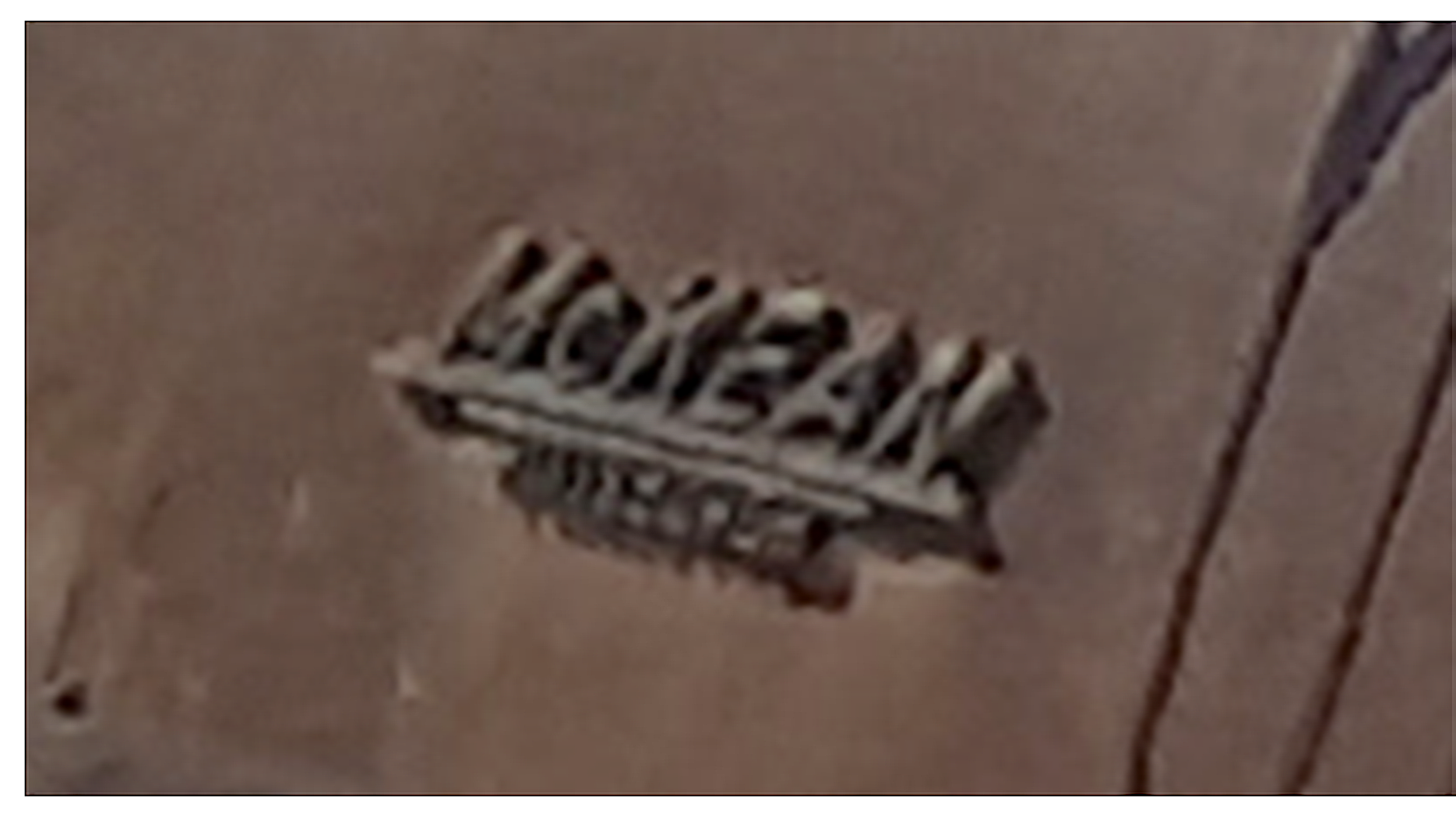 Perhaps your idea of a winter driver isn’t a 1967 Oldsmobile Delmont 88, like this one which we saw a few weeks ago in a Hamburg parking lot, but as you can see from the photos, somebody out there’s okay with it! This was the first year for the Delmont 88, which replaced the Dynamic 88 as Olds’ entry-model in the full-size lineup. The brochure writers proclaimed: “Brand-new 88 series! Goes to show what Olds can do with a modest price tag… and a lot of Toronado inspiration.” Two versions of the Delmont were available: one had the 425cid Super Rocket V8  while the other made do with a 330cid Jetfire Rocket V8. The front fender badge on today’s RealRide indicates the 425. The trunk badge is from McKenna Oldsmobile, a former Pittsburgh dealership which is now home to a Honda store.