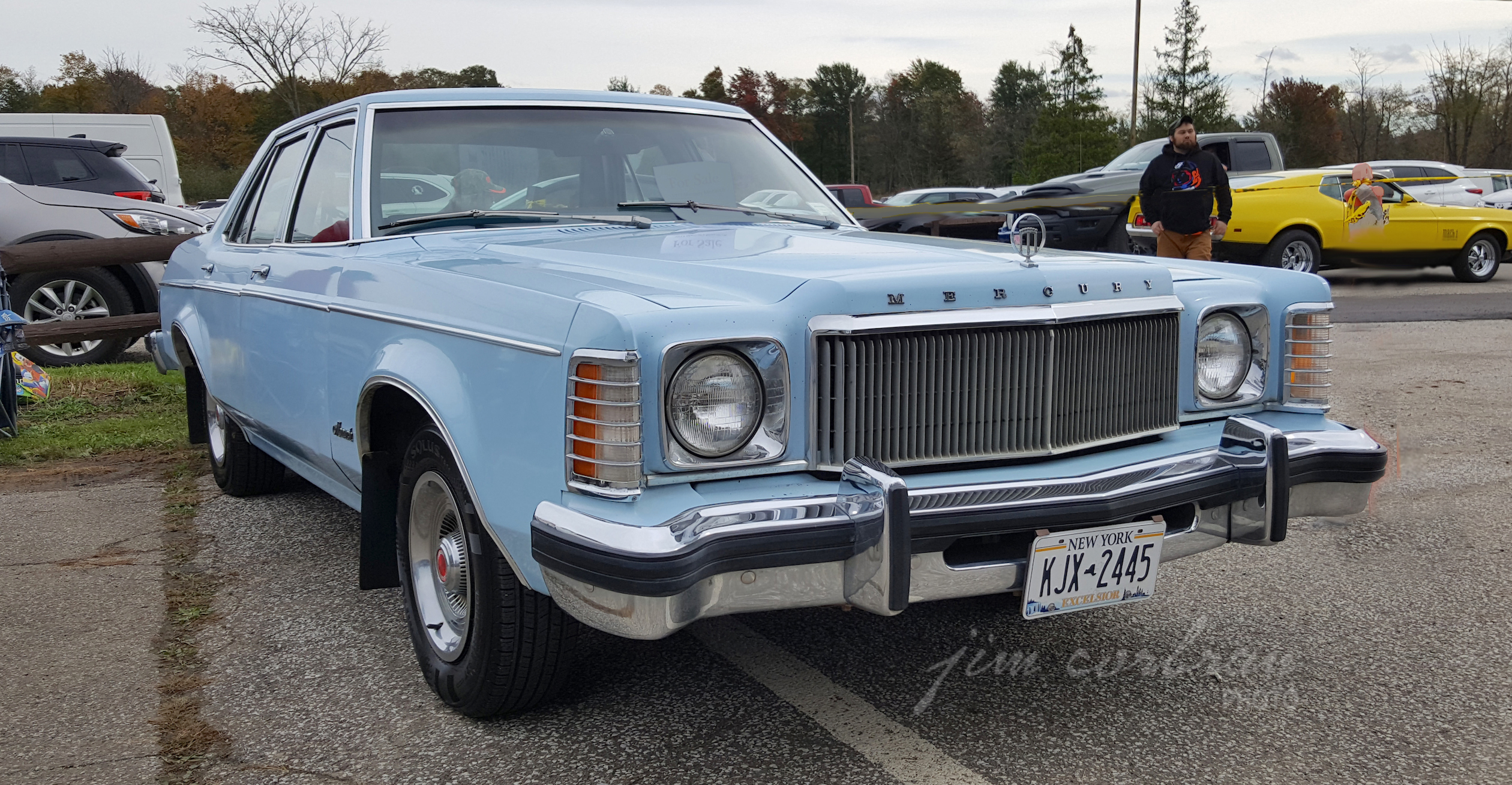 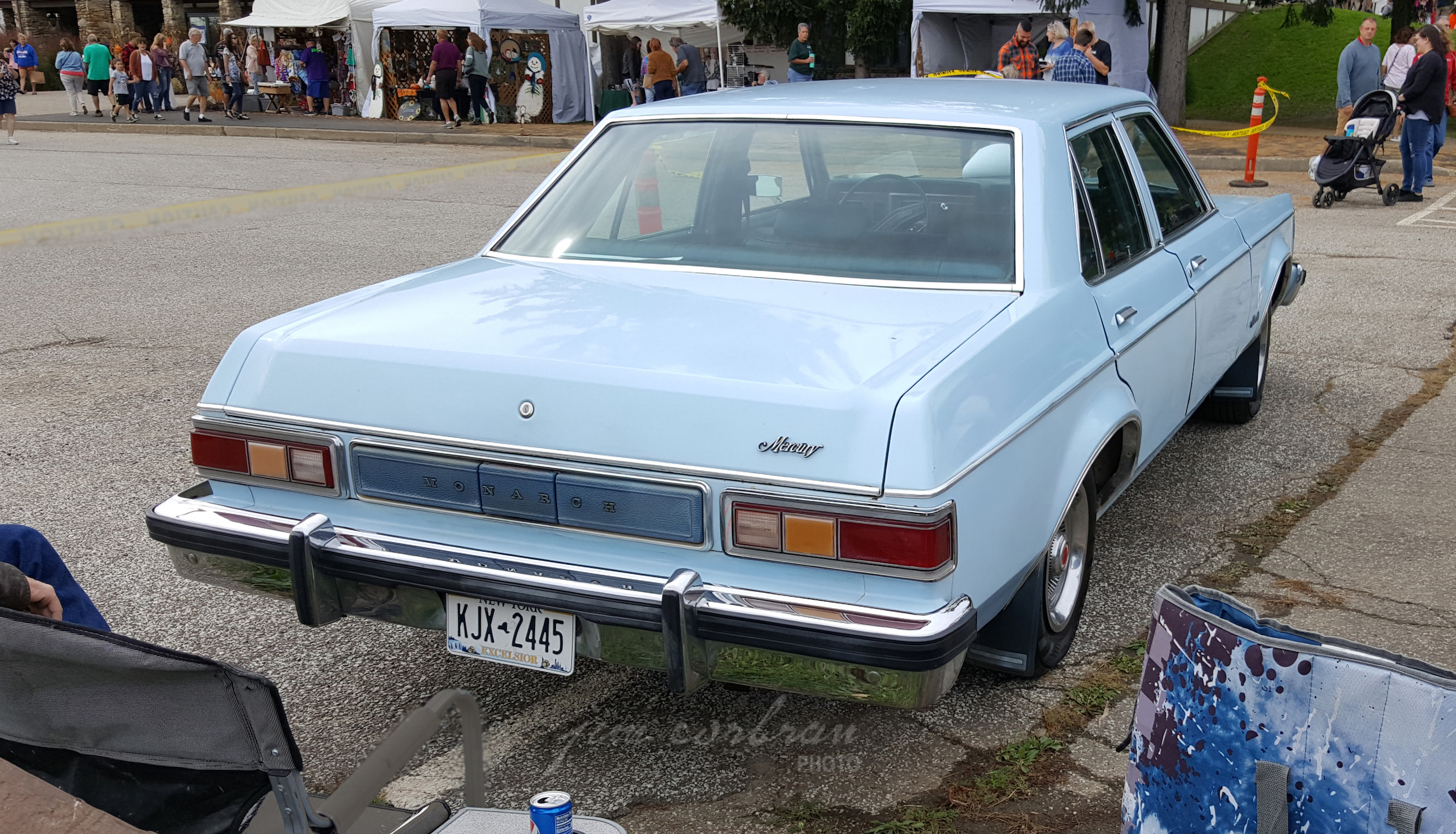 If Ford was comparing their very similar Granada to a Mercedes-Benz (bottom of page), I wondered to myself “What did they compare this 1977 Mercury Monarch to in their ads?” After all, Mercury was conceived back in 1939 as a step up from a Ford. While most of the old print ads I found on the internet didn’t specifically liken the Monarch to any upscale luxury brand, some of the ads made sure readers knew that the Monarch was a product of the Lincoln-Mercury Division (below). Today’s RealRide, another rarely-seen-at-a-car-show nameplate, was spotted last fall with a For Sale sign in its window at the annual car show held at Peek’n Peak Resort in Clymer. 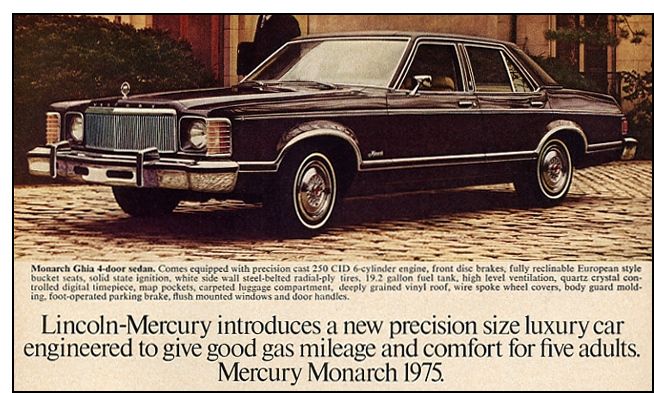 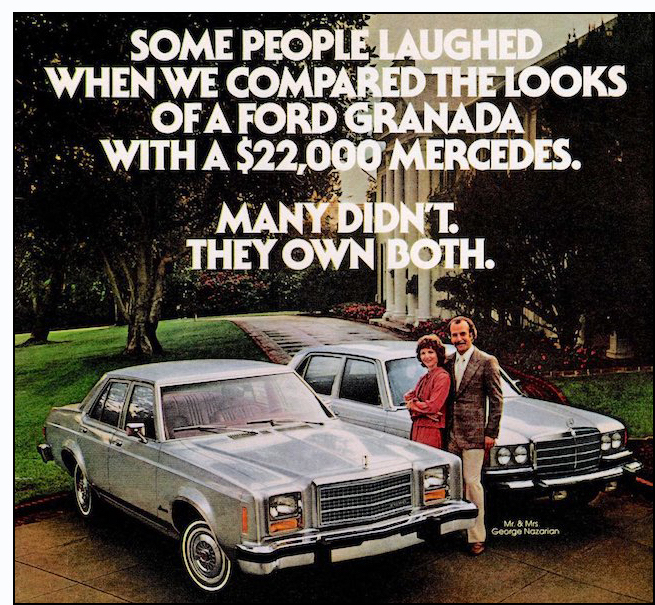