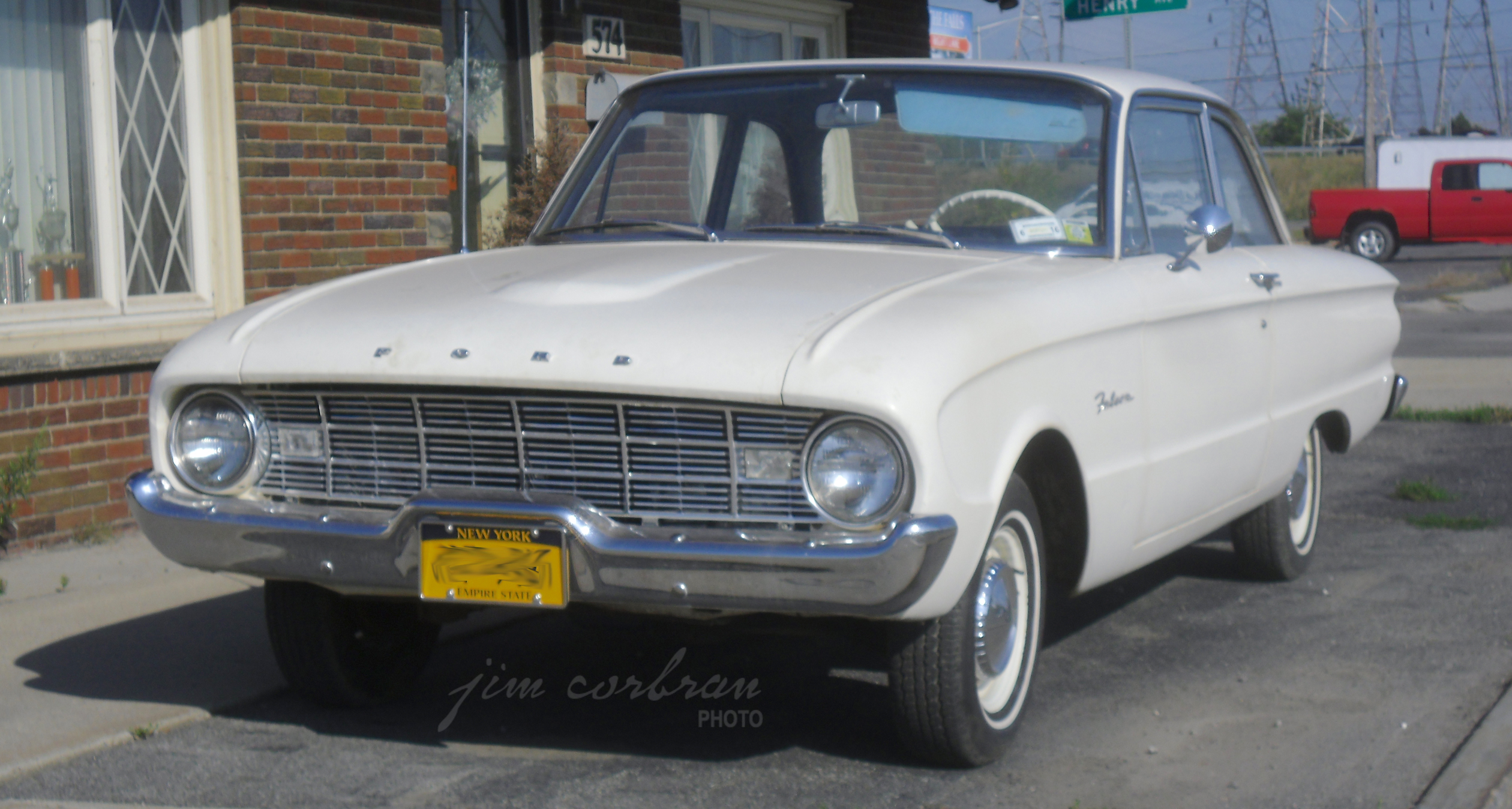 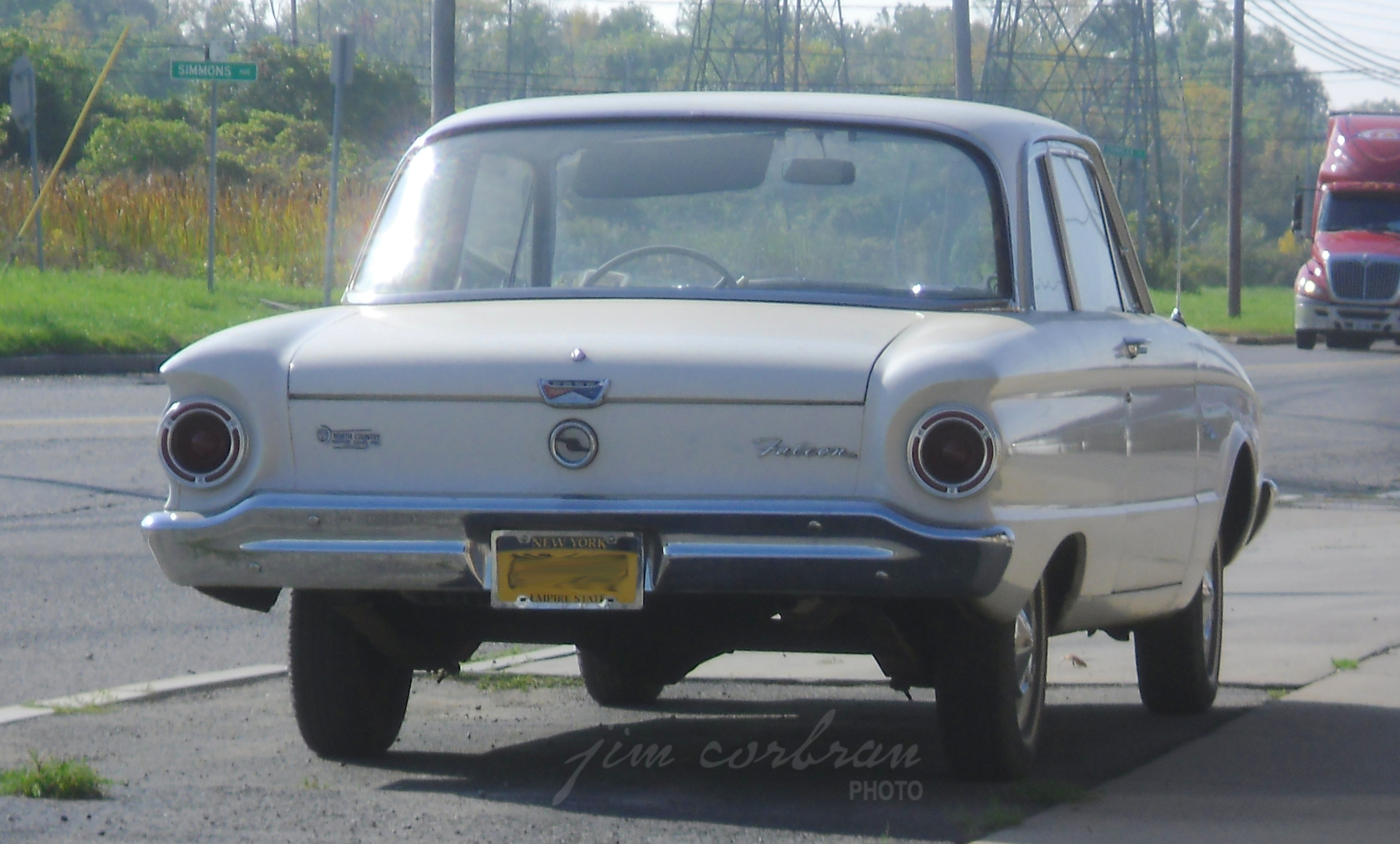 What more can be said of the 1960 Ford Falcon? In this, its debut year, with sales of 435,676 it whupped the domestic competition: Chevy Corvair (249,277); Rambler American (117,609); Studebaker Lark (127,715); and Chrysler’s Valiant (194,292). Of course, there’s always something else that can be said, or we wouldn’t be here. One Swedish magazine ad told us “Falcon 1960 - en stor bil i ekonimiklassen,”* while proclaiming “Var Ni än bor...Ni får mer för Era pengar med en Ford-produkt!”**  We came across today’s RealRide back in 2014 in Niagara Falls. This one’s wearing a dealer sticker from North Country Ford. It’s been so long since we saw this car that we can’t remember which North Country Ford dealership this was (an internet search brings up several). Unfortunately, looking closer at the photo doesn’t help, but we’re supposing it was the one in Lancaster, New Hampshire, which is still in business.

* Falcon 1960 — a great car in the economy class
** Wherever you live... You get more for your money with a Ford product!