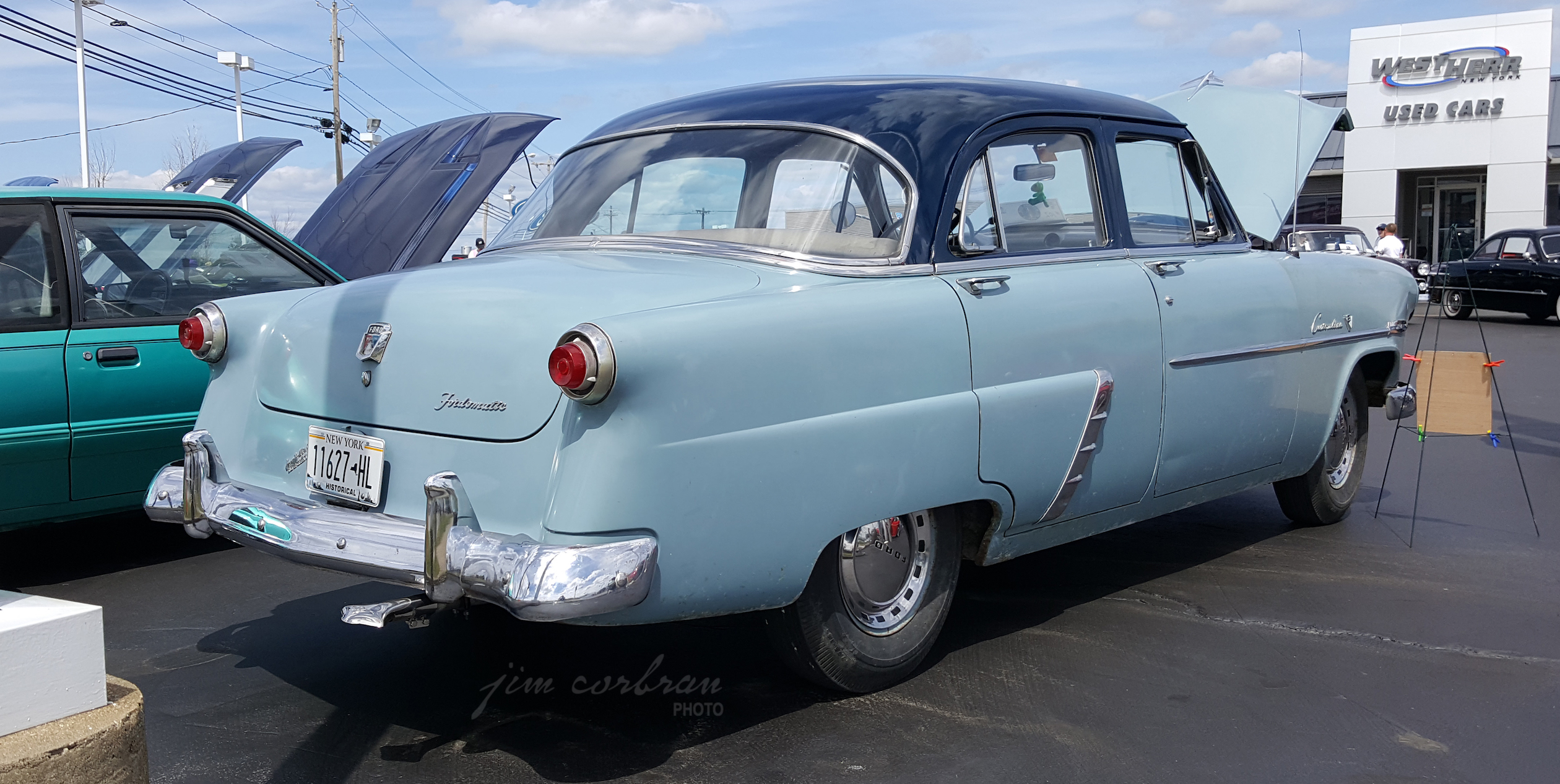 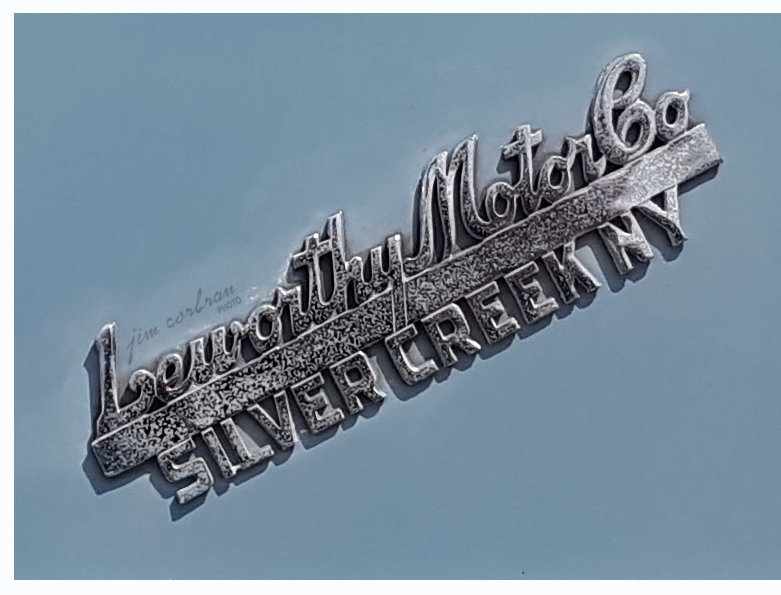 It’s not often that you come across a 1952 Ford Customline these days — especially one that looks like it just drove out of the showroom. In this one’s case, the showroom would have been that of Leworthy Motor Co. on Main Street in Silver Creek, according to the dealer plate on the back (check out Leworthy’s phone number in the ad below). The building’s still there, now home to Sky’s the Limit recreation center. This Customline is equipped with Ford’s 110-hp Strato-Star V8, as well as a Fordomatic (automatic) transmission and (IMO) seldom-seen full wheel covers which, according to an internet search, seem to be an exclusive Crestline Victoria item. According to a sign posted next to the car when we saw it last summer at a Ford-Only car show in Hamburg, this two-tone Fordor went into storage back in 1968, where it stayed until 2016! Nice.